Need for Safeguards on Indian Roads for Children

India needs to bring in laws to check this menace 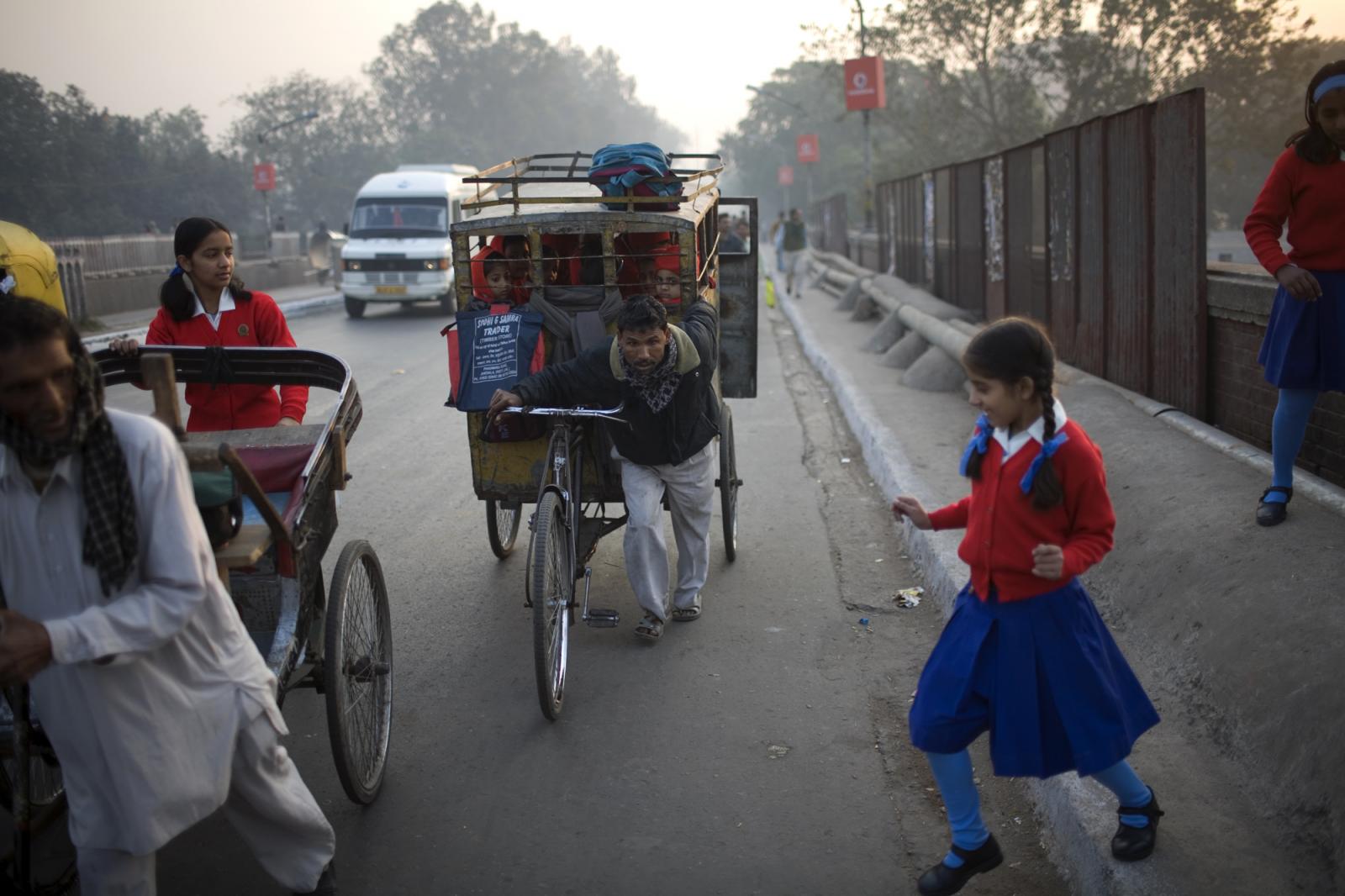 Hearing such news on a daily basis is heart-wrenching for the lakhs of parents that send out their children to school every morning, trusting some invisible force to safeguard these young innocent lives. On one hand, India recognizes Right to Education for every child, and on the other, there is no provision in any Indian legislative document for a right to safe passage on roads for children. Commuting in school buses or vans, in private 4-wheeler or 2-wheeler, or walking to their school, children face multiple threats to their lives constantly. Road infrastructure and legislation currently does not consider children as road users with special safety needs.

The persistent concern of Indian parents for the safety of their children is not unfounded. A recently released national study on child road safety by SaveLIFE Foundation revealed that only 16.2% of surveyed parents feel that City Roads in India are safe for children. The 2017 report of the Ministry of Road Transport and Highways (MoRTH) reveals that 9,408 children under the age of 18 years lost their lives to road crashes in India. Over the past 4 years more than 46,000 children have died on Indian roads. According to the WHO Global Status Report on Road Safety, road crashes are the leading cause of death among children and young adults between the age of 5 and 29 years.

Terrifying figures, such as the abovementioned ones, and the presence of potential threats for children on the roads create a constant fear in the minds of parents. Even if a road crash doesn’t turn fatal, road crash injuries have far-reaching effects. Short-term or long-term disabilities affect the education of students, cause emotional trauma, and may also limit their ability to use their faculties fully or to work in the future. Families of the victims also undergo emotional and financial difficulties, among other losses. SaveLIFE Foundation Study also revealed that 91.4% people strongly feel the need for revised and effective laws for child safety on Indian roads.

Getting to the roots of the problem

Fixing the problem of lack of child road safety has many aspects. Safety is a shared responsibility and changing the road user behavior and practices of parents is also crucial. Irresponsible behavior on roads by parents adds to the existing risks in daily commute. As found in the SaveLIFE study, most parents (77%) never use rear seat-belts for their children. The study also revealed that, three-fourth parents are not even aware of a Child Restraint System (CRS) and just 3.5% use one. Most of them still stick to the age-old ways of carrying small children in their lap or leaving the children to their own, while traveling.

Even though overwhelming number of people (92.8%) acknowledge the importance of child helmets, yet only 20% owned child helmets. Among other challenges in reduction of child road fatalities, underage driving is on the rise. It is disappointing to note that parents of 9 out of 10 adolescent drivers, were aware about their child’s underage driving, and more than half of them (57%) approved of it without any concern about the implications. In many cases, in fact, parents are the ones who teach children how to drive at an early age in the first place. In the absence of proper legal provisions around child road safety, it’s easy to blame the parents. Unless CRS or Helmets are made mandatory, can we really expect there to be enough awareness about them? Unless we hold adults accountable for safety of accompanied children, will there really be an understanding of consequences of reckless endangerment of children?

The need of the hour is to have a Comprehensive Road Safety Law inclusive of special sections for complete protection of children while commuting on our roads. Promising to transform the scenario on child road safety norms, MoRTH introduced the Motor Vehicles (Amendment) Bill (MVAB) in 2016. MVAB proposes to mandate the use of CRS and child helmets during commute. However, notably, though the Bill was passed by a majority vote in the Lok Sabha, it is currently pending passage in the Rajya Sabha and is likely to lapse with the dissolution of Lok Sabha ahead of the forthcoming General Elections. The fight for safety of our children on roads though will not dissolve and the demand for a strong road safety legislation, in particular one that aims to protect our children during commute, will only grow stronger. And history will not forget that this Parliament failed to protect the most vulnerable in our country when they had the chance.

Piyush Tewari
Piyush Tewari, founder and CEO of SaveLIFE Foundation, best known for its work to get India a Good Samaritan Law