Full of Sound and Fury

An advisory for Indians who seek less noisy public squares 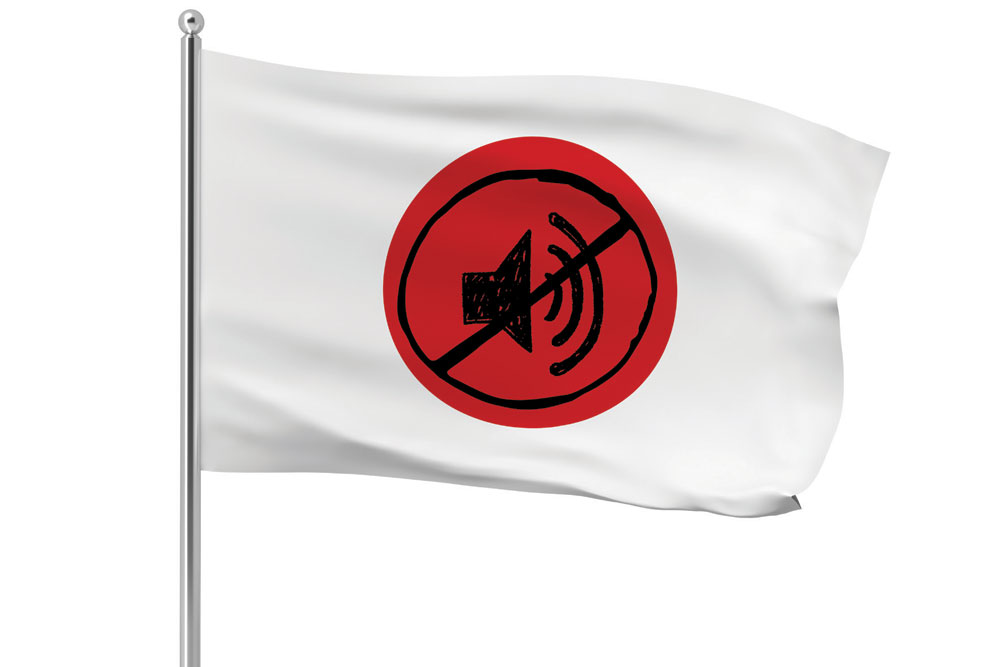 
TO SAY THAT India is polluted is like stating a potato is a tuber. Environmental contamination is virtually part of the definition of the country. Dust, open defecation, banana peels, plastic packets, exhaust pipe fumes, paan spit, smokestacks and chemical effluents are but some elements of the individual-industrial-vehicular pollution complex that has the nation’s cities drowning in a cesspit of filth.

During the day, it’s the horns that are the worst offenders. As of 2021, there were 122.53 lakh motor vehicles on the roads of Delhi alone. And all of them seem to have their horns permanently pressed down. The horn, in India, has superpowers. It’s able to stand in for indicator, rearview mirror, traffic light, brake and even, you would be forgiven for thinking, the driver herself.

Of all the countries that I’ve lived in, the one closest in soundscape to India is its maritime neighbour, Indonesia. The capital, Jakarta, is a massive urban concatenation of some 30 million people and its streets are notorious for their permanent gridlock. I spent four years living there, the majority of which unfolded while waiting in traffic jams.

And yet, relative to their Indian counterparts, drivers in Indonesia used their horns sparingly. Whereas in Delhi, people start honking at the slightest slow down, like racehorses champing at the bit, in Jakarta it was only under extreme gridlock duress that scattered protests of tepid horn-blowing would break out. Jakarta’s horns were like a middle school’s angklung recital compared to the Wagnerian operas of Delhi’s.

The result was less stress and aggression overall in Indonesia, given how noise pollution adds to a sense of the apocalyptic; it’s the pressure cooker whistle signalling that the pot is about to explode.

But the true horror story of noise in India is a nighttime one. As the sun sets, religiosity of all stripes triumphs in loudspeaker-enhanced decibels over civilian sleep. The Supreme Court has emphasised that the right of citizens to live in an atmosphere free from noise pollution is guaranteed under Article 21 of the Constitution. But it would seem that most Indians believe it is the right to make noise that is protected, if not by the Constitution, then by God, over whom the Constitution holds no sway.

Worse, it’s a fine line between noise aggression and physical aggression, amply demonstrated by regular incidents of sleepless neighbours, and even policemen being beaten up by devotees at temples when they’ve dared to complain about all-night bhajan-singing.

I am often asked about the biggest difference between India and ‘abroad’. It’s a ludicrous question in many ways, but if forced to answer, I would say it is in the difference in how we approach public space.


You can hear a pin drop during rush hour on the Tokyo metro. In Japan, behaviour in public spaces is based on individual restraint. I will curtail my use of this space, knowing that you will curtail yours, so that we both might enjoy it best. And religious expression in Japan finds its apotheosis not in loudspeakers but in silent meditation

The Indian way is to emphasise one’s personal claim over the space. It belongs to me as much as to you, and therefore I can behave as I like. There is a certain reciprocity to this stance. You adjust to my noise today, and I will adjust to yours tomorrow. But noiselessness for everyone remains a laughably theoretical concept that belongs in places like the Constitution, rather than real life.

The other way, perhaps best exemplified by Japan, is markedly different. Here the approach is to ensure that when in a public space it is imperative to ensure that your actions do not disturb another, since it belongs to them as much as you.

You can hear a pin drop during rush hour on the Tokyo Metro. It is one of the world’s busiest, and the subway cars are stuffed to the rafters with salarymen heading to offices and children en route to school. But no matter how full, people find a way of curving their bodies just slightly away from those next to them to lessen their discomfort. Phones abound, but so do headphones. As a result, the devices remain bleep-free. Conversations—either on the mobile, or with fellow-travellers—are socially unacceptable. The idea is that even if you cannot avoid being squished, you can at least enjoy aural sanctuary, so that your thoughts might breathe.

Long before the Covid pandemic, masking in public was common practice in Japan, so that those with coughs and colds lessened the chance of spreading it to others. The operating civic principle there is also based on reciprocity, but one that is the mirror image of that in India. In Japan, behaviour in public spaces is based on individual restraint. I will curtail my use of this space, knowing that you will curtail yours, so that we both might enjoy it best.

And religious expression in Japan finds its apotheosis not in loudspeakers but in silent meditation. Temples there are a refuge from the chaos outside, not an amplification of it. The main adornments in Zen temples, for example, are ‘gardens’ of raked gravel. Their emptiness is an aid to finding quietude within.

Silence is golden for a reason. The English word “noise” is derived from “nautes”, the ancient Greek term for seasickness. Later, the Romans used it to define physically unpleasant sensations as bad as nausea.

And noise pollution is more than just unpleasant. It has a medical toll with serious economic consequences. Excessive noise has been linked to hearing loss (something that almost 10 per cent of the Indian population suffers from), Alzheimer’s, heart disease, low birth weight and insomnia. Just before the coronavirus pandemic struck, there had been increasing ‘noise’ emanating from the scientific community that noise pollution would be the next big public health crisis.

Humans need spaces free of anthropomorphic hubbub, which is magnitudes louder than the sounds of the natural world. Sanctuary from noise pollution can increase feelings of tranquillity, reduce stress, decrease heart rate, improve mood cognitive functions, and even reduce pain.

It makes me wonder whether, if Indian cities were quieter, we would be a less angry lot; slower to take offence and not as likely to resort to violence. If we slept better and were able to hear our consciences more clearly, surely we would not be in the hate-fuelled, hyper-agitated state that we increasingly seem to dwell in.

Noise is as much aural trash as plastic bags are physical litter. But in India, noise pollution is so omnipresent that it has become inaudible. It reminds me of the story of the fish who is asked by a water bird: “How’s the water today?” The fish answers, “What water?”

It is only by stepping out of our habitual environment that we can see our own reality with any clarity. For Indians, a trip to Japan is just what the doctors ordered.