The depth of devotion as seen through the sacred ash 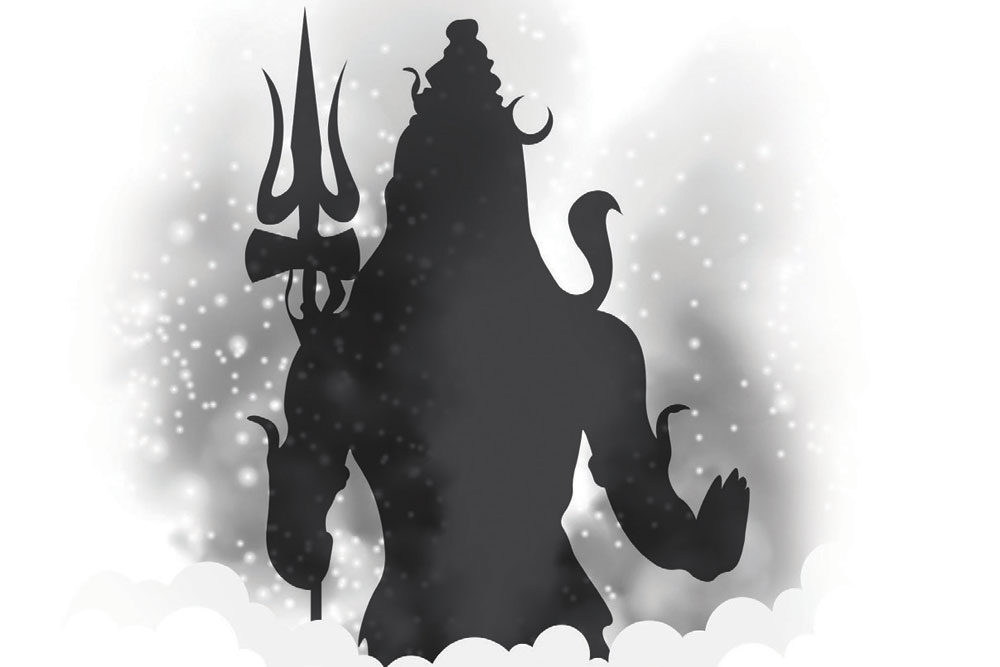 IN THE LAST couple of columns, I have spoken about rudraksha, quoting from Shiva Purana. In addition to rudrakshas, Shiva and Shiva’s devotees are associated with bhasma. Bhasma (or vibhuti) is more than ordinary ashes. When I quote, sentences within brackets are not part of the text. I have added them for explanation.

Quoting from Shiva Purana, “Vibhuti is said to be of three types—from an ordinary fire, from the fire of rites connected with the Vedas and from Shiva’s fire. The ash produced from an ordinary fire will be used to purify objects made out of clay, iron, silver and even grain. Articles used for worship, sesamum and other things, garments and other things, must also be purified with ashes. Articles polluted by dogs must also be purified with ashes. As is appropriate, ashes must be mixed with water, or need not be mixed with water. When rites connected with the Vedas are over, the ash must be worn on the forehead. Since the rites have been undertaken with mantras and the fire, the ash takes the form of the rites. Therefore, wearing the ash is like internalising the rite in one’s atman. After chanting the Aghora mantra, bilva wood must be burnt. (The Aghora mantra runs Aum aghorebhya atha ghorebhya ghora ghoratarebhya and so on. It can be found in the twenty-first anuvaka of Mahanarayana Upanishad.) This is described as Shiva’s fire and the ashes resulting from this are ashes obtained from Shiva’s fire. Cow dung and bovine products from a Kapila cow must be burnt first. After this, wood from shami, ashvattha, palasha, vata, aragvadha or bilva will be burnt. When these are burnt, that is also Shiva’s fire and the resultant ash is that obtained from Shiva’s fire. Pronouncing Shiva’s mantras, the wood must be burnt in a bed of darbha grass. After properly straining with a piece of cloth, the ashes will be placed in a new pot. For one’s own resplendence, the ashes must be collected. The meaning of the word bhasma is something that must be honoured and worshipped. (Bhasma [bhasman] or ash is derived from the root of something that shines.)”

This quote introduces a new word, Tripundraka, the three horizontal lines that are made on the forehead with bhasma. “Therefore, a devotee must make his own atman identical with Shiva and worship Shiva. The ash must first be powdered and then applied as Triupundraka. At the time of worship, it is mixed with water. However, for the sake of purification, it can be used without water. Whether it is night or day, whether it is a man or a woman, the devotee must sip the water used for worship and wear the ash as Tripundraka. If a person mixes ashes with water and wears it as Tripundraka while worshipping, it is certain that he obtains the complete fruits of worshipping Shiva. With mantras to Shiva, if one wears the bhasma, one moves outside the pale of the ashramas. Such a person is only devoted to Shiva and the devotee is spoken of as one who follows Shiva’s ashrama. Being devoted to Shiva’s vow, he does not observe any of the rites of purification connected with birth or death. He wears bhasma on his forehead, or a tilaka made out of mud. He can apply this with his own hand, or it can be applied by the hand of the guru. But this is the sign of being Shiva’s devotee.”


Since the rites have been undertaken with mantras and the fire, the ash takes the form of the rites. Therefore, wearing the ash is like internalising the rite in one’s atman

There are chapters in Shiva Purana on the greatness of bhasma. “Shiva’s name, vibhuti and rudraksha—these three are extremely sacred and are said to be like Triveni. (Triveni is the confluence of Ganga, Yamuna and Sarasvati, in Prayaga.) The sight of a person who possesses all three in his body is extremely rare in this world and destroys sins. There is no difference between the sight of such a person and Triveni. There is no doubt that a person who does not know this is a sinner. If a man does not wear rudraksha on his body, if he does not have vibhuti on his forehead and if he does not utter Shiva’s names, he is the worst among men and should be shunned. Shiva’s name is like Ganga. Vibhuti is like Yamuna. Rudraksha is like Vidhatri’s daughter. (That is, Brahma’s daughter, Sarasvati.) They destroy all sins. Brahma, the beneficial one, formally placed the fruits of all three present together on the body on one side (of a pair of scales) and bathed in Triveni on the other side, and found that they were equal. Learned men obtain these fruits. Since these were found to be equal, learned men must always wear them.”

Often, we do not know the finer details. “There are said to be two kinds of bhasma. They are supreme and bestow all that is auspicious. One is known as maha–bhasma, the second is spoken of as svalpa-bhasma. (Respectively, great bhasma and little bhasma.) The ashes, known as maha–bhasma, have many different kinds of forms. This kind of bhasma is said to be of three types—shrouta, smarta and loukika. (Shrouta bhasma is obtained from rites described in shruti texts, smarta bhasma from rites described in smriti texts. Loukika bhasma is ordinary bhasma, obtained from fires in general.) The one known as svalpa-bhasma is said to be of many different types. It is said that shrouta bhasma and smarta bhasma must only be used by brahmanas. All the others can use the supreme loukika bhasma. Sages have said that brahmanas must wear bhasma only after pronouncing the mantras. It is known that others will wear it without using the mantras. When the ashes are obtained after burning cow dung, this is known as agneya bhasma. It is this object that should be used for Tripundraka. Learned ones should use bhasma that is collected from agnihotra. Ashes that result from other sacrifices can also be used to wear Tripundraka. When the bhasma is worn, being mixed with water or without water, the seven mantras from Jabala Upanishad, to Agni and others, must be used. (The Jabala Upanishad was spoken by Yajnavalkya. It doesn’t have such mantras. What is meant is Bhasma Jabala Upanishad. That has seven mantras—Agni is this bhasma, Vayu is this bhasma, water is this bhasma, earth is this bhasma, space is this bhasma, devas are this bhasma and rishis are this bhasma.)”

I will conclude the section on bhasma in the next column.