Zia-ul-Haq to Edward Heath, a journalist relives his meetings with power people 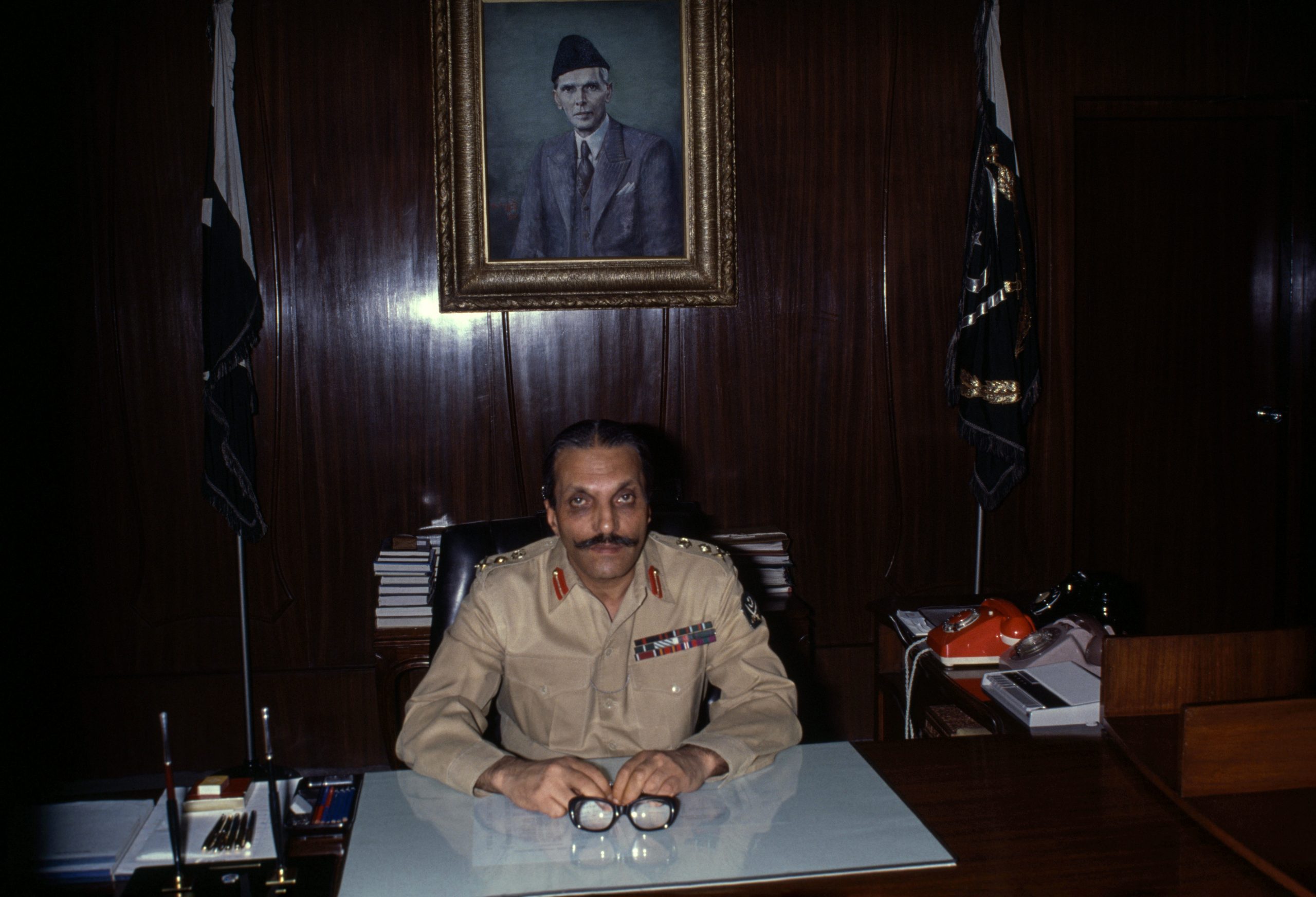 
One of the charms of being a journalist is in coming across men and women who have it in their power to change the fate of their nations. Conversely, they may not have any impact on their societies at all apart from rising to power, holding on to it and then, one day, stepping away from it. Every politician, though, is a part of history in however small a way he or she plays a role in it. And then, of course, there are the truly illustrious leaders with whom meetings are memories for a journalist to savour in life.

I recall the time when I met Bangabandhu Sheikh Mujibur Rahman—I will not call it a meeting in the way the meaning is conveyed by the term—to have his signature in my autograph book. I was in high school, knowing only that he was a great politician who dominated the political scene in Pakistan in the pre-1971 period. I watched him, in fascination, and the splendid manner in which he responded to the many questions fielded his way by such men as Yahya Bakhtiar, Abdus Samad Achakzai, indeed the elite of Baluchistan, on a summer’s day in Quetta. Young as I was, in my teens, I was convinced of Bangabandhu’s place in history. His supreme self-confidence, his easy manner of conversation, his sense of humour are what I recall today. He affixed his signature on my autograph book, making sure he penned the nationalist slogan “Joi Bangla” above his signature.

That brings me to recalling my meetings with Sheikh Hasina. The first time I said hello to her was at a reception organised shortly after her return from exile in India in May 1981 at the spacious Paribagh residence of the late architect Muzharul Islam. A more substantive meeting occurred on a monsoon morning in 1987 at 32 Dhanmondi, where I went with one of her relatives. The three of us had a good Bengali breakfast in Bangabandhu’s library. After that meeting, there were many more, especially during the run-up to the general election of February 1991. In June 1996, on the day she was sworn in as Bangladesh’s prime minister, I was among the crowd welcoming her home to 32 Dhanmondi. My conversations with Wazed Mia and the reputed freedom fighter Kader Siddiqui that evening are what I treasure in memory’s bank.

There was then the time when with my classmates I went to see Zulfikar Ali Bhutto at Lourdes Hotel in Quetta. He was there on a campaign trip in June 1970 and we schoolboys needed his autograph. When I gave my autograph book to him, he flipped through the pages, his eyes focusing on a page where I had a section I called “My Favourites”. He quickly came to the line “My favourite politician: Sheikh Mujibur Rahman”. Smiling, he looked up at me and asked, “So Sheikh Mujib is your favourite politician?” “Yes Sir,” I said. Smoke billowing from his cigar, he affixed his signature on a page and soon we boys had left the room, for he had already been expatiating on his political ideas with a delegation of the Baluchistan Students League. The students were not quite sure whether they should align themselves with the Awami League or the Pakistan People’s Party. Bhutto, rather incensed, had begun giving them a lecture on the differences between the AL and the PPP as we left.

A particularly memorable meeting, for about ten minutes as we waited for Bangladesh Prime Minister Sheikh Hasina to turn up for her courtesy call, was with Indian Prime Minister Inder Kumar Gujral. He had his luggage packed since he would be returning to Delhi as the Commonwealth Summit ended in Edinburgh in October 1997. As we waited for Hasina to arrive, Gujral and I walked up and down the corridor. It was edifying listening to him speak of diplomacy and the future of the Commonwealth. As he spoke, I recalled Emergency in India in 1975, a time when he had to move out of the Cabinet because he was not willing to accept any dictation from the callow Sanjay Gandhi. That was a sad period, said Gujral. He said Indian democracy had dug deep roots despite Emergency. I stood educated by Gujral.

During the same period, it was my good fortune to say hello to Pakistan Prime Minister Nawaz Sharif. My counterpart at the Pakistan High Commission, Samina Pervez, introduced me to him. We had a brief conversation, in the course of which he wished to know how long I had been serving at the Bangladesh High Commission in London. A particular meeting I recall as I move into my late sixties is the one three of my journalist colleagues and I, from the New Nation and Ittefaq, had with General Zia-ul-Haq in Dhaka. It was December 1985 and the first SAARC summit had just come to an end. We were dispatched to the Pakistan high commissioner’s residence in Gulshan by the owner-editor Anwar Hossain Manju to interview the Pakistani military ruler. As all dictators generally are, keeping a friendly exterior and so disarming people, often making them forget their cruel nature, Zia was very effusive in his welcome. I was the one who asked him the questions for the New Nation and Ittefaq. At one point, he told the high commissioner, Tanvir Ahmed Khan, to invite me to Pakistan. When I informed him that I had had my schooling in Quetta, he was surprised but nevertheless insisted that I visit Pakistan.


At the meeting with Zia, it was quite revealing speaking to General Sahabzada Yaqub Khan, who was Pakistan’s foreign minister at the time and had accompanied Zia to Dhaka. Before I began interviewing Zia, Yaqub Khan took the sheet containing my questions and took a quick look at them. And then he surprised me with his question, in literary Bengali (I didn’t know he knew Bengali): “Khoka, tumi 1971-e ki koritechhile?” I told him. Brigadier Siddiq Salik was also there. Somehow I did not much like my brief conversation with him, for he gave me the impression that he was still bitter about what his country had gone through during Bangladesh’s War of Liberation, without showing any remorse for the atrocities committed. I recall that once the interview was over and we were all having tea, I kept looking at the ingratiating smile on Zia’s face, remembering that this was the same man who had sent his benefactor ZA Bhutto to the gallows.

My meeting with Hussein Muhammad Ershad in the early 2000s, when I was associate editor at the Independent in Dhaka, is another phase in my professional life I have not forgotten. My editor Mahbubul Alam and I went to interview him at his residence (it had been more than a decade since he had fallen from power). On the way to see him, the editor told me to ask the questions, which I did, in English once the interview session got underway. The former general impressed me with his beautiful command of the Bengali language and certainly with his polite manners, once again proof that authoritarian rulers in company away from the crowds turn into a different breed. His English was good and I was quite happy, for it would mean I would not have to go through any serious problems editing his responses to my questions before it was all carried in the Independent.

As part of a media team from Bangladesh, I visited Delhi in the early 2000s and at one point we had a meeting with Mamata Banerjee, at the time railway minister in India’s Union Government. She was very polite but was careful not to answer any of our questions on such issues as the sharing of the Teesta waters. But she was keen to take us through a slideshow demonstrating the achievements made by the railways during her time in office. And then she offered us roshogollas, which we consumed with delight. In Calcutta, our meeting with Buddhadeb Bhattacharjee was a free-ranging conversation on politics. An intellectual of the highest calibre, Bhattacharjee was only days away from taking over as chief minister of West Bengal from Jyoti Basu. His humility made a deep impression on us as we talked in his Writers’ Building office. At a point in the conversation, he asked us if he could have our permission to smoke a cigarette! He was, in his own office, in need of our permission to light a cigarette. I remember thinking why so many other leaders around the world could not emulate him in humility.

My chance meeting with Sir Edward Heath in London in 1997 is a joy to remember. It was at the 25th anniversary of the arrival in Britain of Asians expelled from Uganda by Idi Amin that I walked up to him, introduced myself as a citizen of Bangladesh. There was a twinkle in his eye and a smile on his lips. He said softly, “Ah, Sheikh Mujibur Rahman’s country!” One other chance encounter I had was with Sir Malcolm Rifkind as I waited to receive Prime Minister Hasina at the hotel where she was supposed to call on Malaysian Prime Minister Mahathir Mohamed. It was a bitterly cold day in October 1997 in Edinburgh. I saw Rifkind step out of his car and as he approached the entrance, I said hello. The next ten minutes were an absolute delight. He and I spoke of so many things I had never imagined I would. When finally he saw the Bangladesh leader’s motorcade approach the hotel, he smiled and said, “There she is. I won’t keep you from doing your job.” And he bade me goodbye.

In 2000, a delegation of Bangladeshi journalists travelled to Islamabad to take part in a conference of the South Asian Free Media Association (SAFMA). On the concluding day of the conference, General Pervez Musharraf, who had seized power in Pakistan only months earlier, addressed the assembled South Asian media people before lunch was served. All of us from the Bangladesh team went up to him at lunch, said hello and introduced ourselves. He said he remembered his days in East Pakistan with fondness, which was enough for us to pepper him with questions about the time when he served in a yet-to-be Bangladesh. He quickly went on the defensive, telling us that he was not there in 1971 but in 1967 as a junior officer in the Pakistan army. We felt reassured.

Such are the meetings I recall. Such are the impressions, in however limited a manner, I have of all the personalities I have had the opportunity of interacting with over the years.