All grace and talent, he will remain the players’ champion 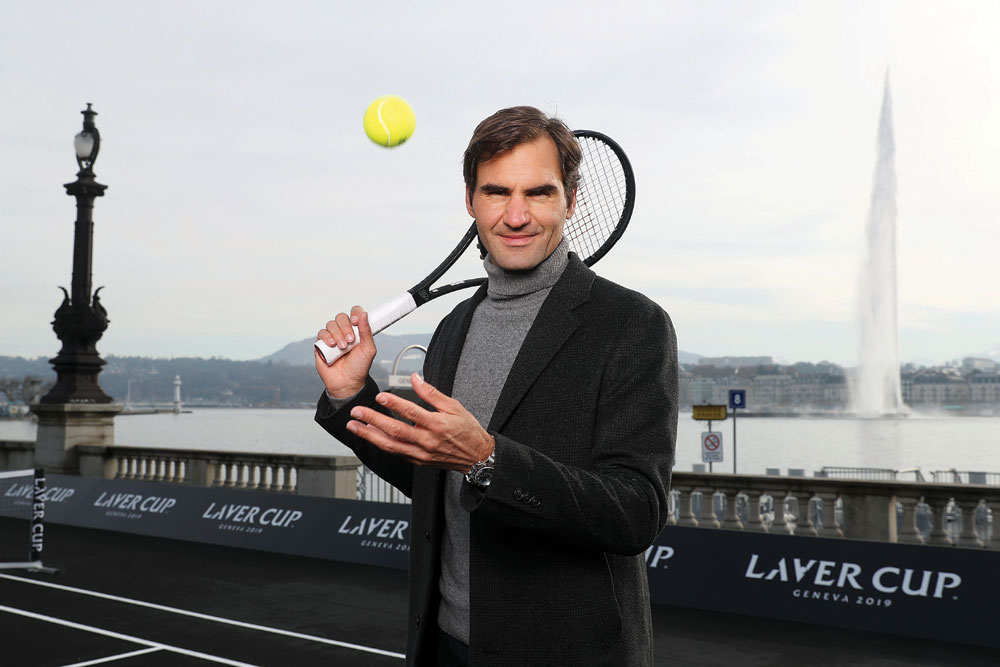 
THERE ARE SOME athletes you desperately want to interview. Try and understand them better. Ask them the recipe for success. Get into their minds or at least try to. Roger Federer is one such. My first interaction with Federer was in the guest lounge at Wimbledon where Imran Mirza, Sania’s father, had taken me to try out the traditional strawberry and cream. Just as I was about to close the fridge I saw the great Roger Federer walk up and stand behind me. He wanted something from the cooler and was just being polite. I was surprised and very excited. As I made my way, all I did was nod in respect and Roger, too, nodded back for that’s second nature to him—humility.

The next meeting was in New Delhi when I inter­viewed him during the International Premier Tennis League (IPTL) organised by Mahesh Bhupathi. By then, Sachin Tendulkar had already made a brief introduction and had asked me to present Roger a copy of his autobiog­raphy, which we had co-written. Things were warm from the start and the interview was an excellent one, full of humour and stories. I had just become a father and Roger just had had his second pair of twins. And when I asked him about changing nappies, we both burst out laugh­ing. He mentioned staying up at midnight to help out with the newborns and the next few minutes zipped past talk­ing fatherhood and more. Here was the greatest champion of all but more importantly a doting father and husband. That was the best part of the interview. I wasn’t speak­ing to Roger Federer the tennis star. I was talking to Roger Federer, a complete personality if ever there was one.

When the talk came to Sachin, Roger had a great story to tell. He said to me that the only time at Wimbledon when people have not shouted “Roger! Roger!” was when he was with Sachin. He was all smiles when he said people were actually shouting “Sachin! Sachin!” and he found it fascinating to see how much respect and love Sachin commanded. Sachin, for his part, was visibly embarrassed when I reported the story back to him.

Another time when I interviewed him, he guided the conversation to Sania Mirza. They had played a few match­es of mixed doubles together and Roger had the best of compliments for Sania. He mentioned how important she was for the tour and also that he had watched the Wimbledon doubles final featuring Sania and Martina Hingis, a match that defined Sania’s career to a large ex­tent. Most important, it was hardly ever about himself un­less he was specifically asked to talk about something of his own. That’s the thing about Roger Federer. Humility and Modesty. All grace and composure. Be it the eupho­ria at having won the Olympic doubles gold with Stan Wawrinka or celebrating the Laver Cup win with Rafael Nadal, Federer will forever remain the player’s champion.


Where do we place Roger Federer in the sporting pantheon? My answer: at the very top. He is the talent of Jesse Owens, the activism of Jackie Robinson, the determination of Wilma Rudolph, the longevity of Carl Lewis, and the charisma of Usain Bolt rolled into one

By the mid-2000s, Roger had become a universal hero, a singular icon the world could trust. For many like me growing up in a world full of toxicity and hatred, one that was falling prey to turmoil and secessionist movements, he was a ray of hope, helping craft a global imaginary that looked solid and resolute. We in India adored him as much as, say, someone in Chile or Argentina. He was a sign of global resurgence, a quiet reassurance that things, if not all right yet, were certain to get better. In my two-and-a-half decades of writing and studying sport, I have rare­ly seen someone who is universally loved. Even Sachin, who comes the closest, had his share of criticism dur­ing India’s failed campaign in the 2007 World Cup. Every sport aficionado is a Roger Federer fan. Even if you are a Novak Djokovic fan or a Rafael Nadal fan, you will also be a Roger Federer fan. That’s because even Rafa and Novak are Federer fans and maybe that’s why Novak had said, “When people are screaming ‘Roger! Roger!’ I tend to hear ‘Novak! Novak!’” He knew that each time he played Roger, the crowd would be against him and the best he could do was mentally train himself to deal with that outcome. Be it Andy Roddick throwing the racket to the other side of the court when Federer played an impossible shot and then walked up to Federer in the middle of the match to congratulate him, or a relative youngster who was in awe of the man, Roger Federer enriched the sport in a manner none had done before and none ever will.

It needs to be put on record that Roger is the only player on the planet who, when he steps out to play in Melbourne, Paris, London, New York, or even Dubai, gets the same standing ovation. Even when he isn’t playing, he is the draw as we have seen at Wimbledon earlier this year. The impact he has had on the sport places his triumphs on the same pedestal as Jackie Robinson’s breaking of the co­lour line in 1947 or Jesse Owens’ defying Hitler in 1936.

We as fans and analysts often ask ourselves where we would place a particular sport icon in the world sporting pantheon. For Roger, my answer is: at the very top. To a world that craves things positive and vibrant, he has allowed us to live a dream and has helped us turn it into reality day in and day out, year after year. It’s time we went a step further and placed him on that unique pedestal no one ever aspired to. He is the talent of Owens, the activ­ism of Robinson, the determination of Wilma Rudolph, the longevity of Carl Lewis, and the charisma of Usain Bolt rolled into one. He is a global star who gave us all some­thing to feel good about for 22 long years and will continue to do so with anything he does.

How do we figure out the enormity of his achievement? How do we rate his contribution to the sport? If there isn’t any comparison, how does his accomplishment stand in re­lation to the greatness achieved in other sports? Such com­parisons help in understanding the significance of his suc­cess. Bob Beamon’s 1968 long jump world record that stood for nearly four decades—or more recently Usain Bolt’s mul­tiple world record-breaking 100m runs—serves as a good index. The first word to describe these is “unbelievable”. Roger’s career is similar. Babe Ruth’s home runs, Mark Spitz’s seven gold medal-winning performance at Munich, subsequently bettered by Michael Phelps at Beijing, and Nadia Comăneci’s perfect 10s at Montreal are comparisons that help spice up the debate on Roger’s career titles or of being the oldest to regain the No 1 ranking. His is the pinnacle of achievement in sport and it will remain so.

To throw the final few yardsticks into the mix—the pressure of millions of fans every time he has walked out to play and, finally, surviving at the height of his pow­ers for two decades, with the multiple injuries and op­erations on his body. We are now talking of the Federer Phenomenon. He is and will remain the one and only.