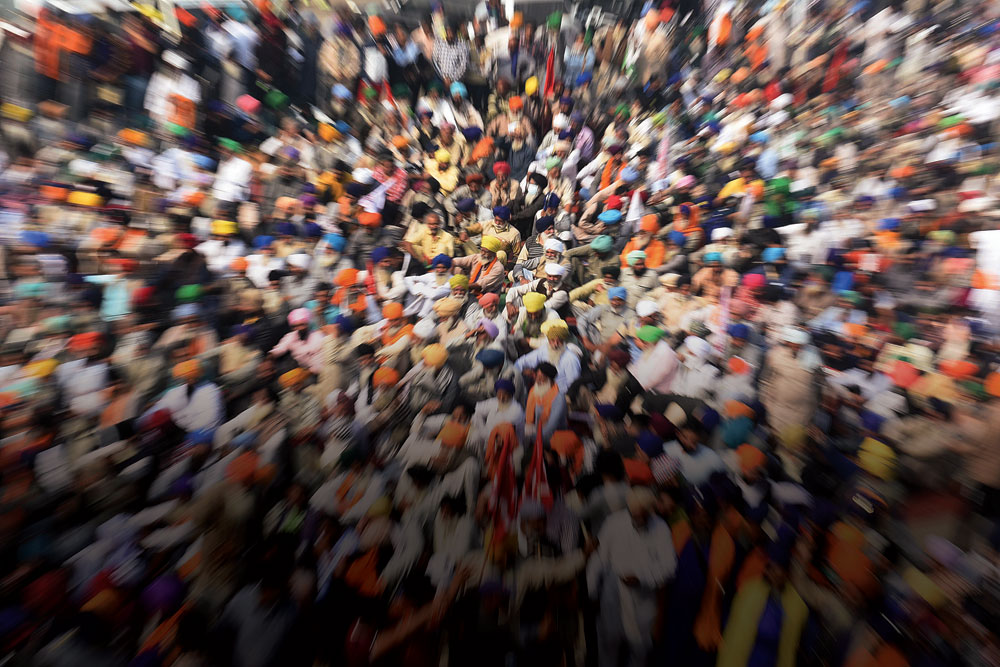 Lies are like electrons. They carry a small negative charge. Truth, to further the physics analogy, is like a positron that carries a small but equal positive charge. In our physical universe, positrons and electrons constantly annihilate each other to maintain equilibrium.

In politics, similarly, to annihilate a lie, there must be a countervailing truth. The tongue-tied Government has failed to articulate the truth on the farm laws. The result: lies and half-truths abound. The fact that leading agricultural economists have endorsed the farm laws is buried. Half-truths acquire a life and momentum of their own.

Farmers have for decades been victims of small, unremunerative land holdings. Over 10,000 farmers and farm workers died by suicide in 2019.

The state has 50,000 arhtiyas. These middlemen act as conduits. They liaise with the Food Corporation of India (FCI), provide farmers loans to buy equipment and fertilisers, and follow up payments from the Agriculture Produce Market Committee (APMC) mandis.

For this service, the arhtiyas charge farmers an official commission of 2.5 per cent. Unofficially, it can rise exponentially when bundled together with steep interest rates on loans. The Minimum Support Price (MSP) FCI pays Punjab’s farmers through these middlemen is over 50 per cent higher than all input production costs for crops.


The farm laws serve as a veil. Hidden beneath the veil is ISI’s obsession with India

Punjab’s well-connected political families control most large arhtiyas. They make fortunes—entirely income tax-free—from the current unreformed farm system. Public criticism of the new farm laws by Punjab’s politicians, principally from the Congress and the Shiromani Akali Dal (SAD), make it relatively easy to identify who they are.

The nexus has three powerful tiers. The first comprises complicit politicians with a vested financial interest in preserving outdated agricultural laws that enrich the few at the expense of the many.

The second tier is made up of farmers’ unions. These have members from across the country but the most vocal farmers in these unions are from Punjab and Haryana. They too want to preserve the generous FCI-MSP system.

FCI pays a procurement price to farmers through the arhtiyas that is far higher than global grain prices. That makes the export of excess wheat and paddy commercially impossible. The result: FCI godowns groaning with extra wheat and rice that they have had to procure at the world’s highest prices in a country with among the world’s lowest per capita incomes.

The excess procurement this year could see up to 9 crore tonnes of grain stored in FCI godowns. Much of it will rot or be eaten by rats.

Meanwhile, the Government is forced to distribute grain at heavily subsidised rates to the poor. This is a double whammy: one, paying a steep price to procure grains that the country doesn’t need and can’t export; two, selling it to Below Poverty Line (BPL) families at a fraction of the procurement price.

Countless farmers are reduced to penury every year because they are shut out of a self-enriching agriculture system.

The third tier in this powerful nexus consists of Khalistani separatists like the banned Sikhs For Justice (SFJ) group and Poetic Justice Foundation (PJF) fishing in troubled waters. The separatists aren’t interested in farm reforms. They aren’t farmers in any case.

PJF founder Mo Dhaliwal, a pro-Khalistan rabble-rouser based in Vancouver and a supporter of Republic Day rioter Deep Sidhu, says repealing the farm laws is not the end. It’s the beginning. The protests will increase even after repeal.

The agenda is to destabilise a border state. Pakistan’s Inter-Services Intelligence (ISI) failed to disrupt Punjab with the Bhindranwale-led separatist movement through the 1980s. It failed to destabilise Jammu & Kashmir over the next 30 years. It has now turned its attention back to Punjab.

The farm laws serve as a veil. Hidden beneath the veil is ISI’s obsession with India. Politicians in Punjab, caught between the fortune the old farm system delivers to them and the separatist Khalistani threat, have by backing a fraudulent narrative on farmers’ protests chosen to sup with the devil.