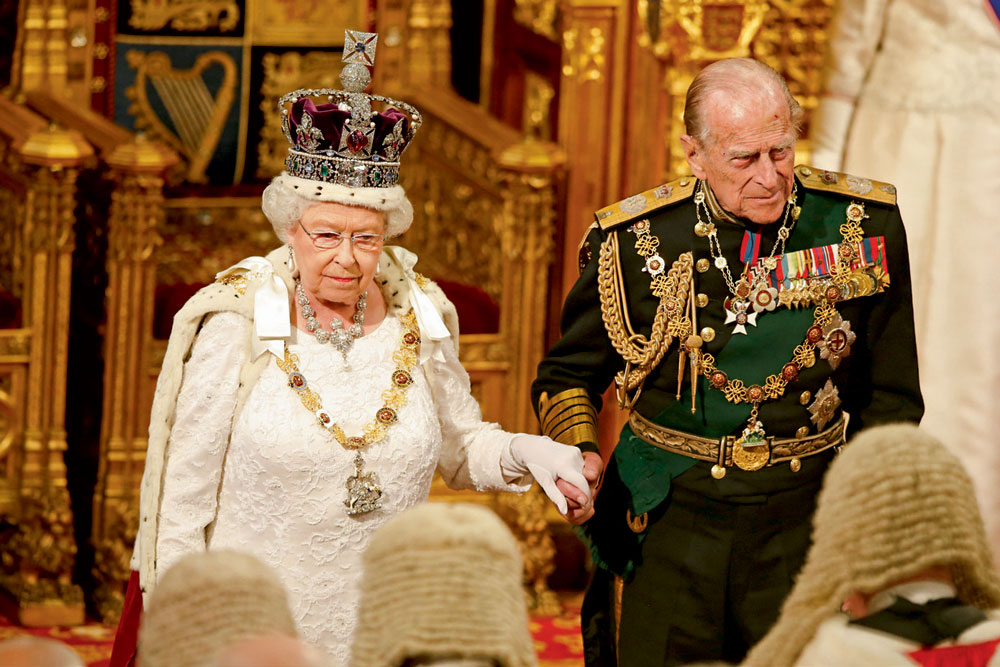 
THE UK IS in official mourning for HRH Prince Philip, the Duke of Edinburgh, known to my generation as the DofE, or Phil the Greek. Two months before his 100th birthday, his death was not unexpected, but it is still sad to lose a figure who has been in the public eye all our lives, and to think about how the Queen, a sprightly 94, will manage without him after 73 years of marriage. He embodied how the royal family has changed, as well as how we, the British, have changed and how the rest of the world has changed.

The story of how a penniless, exiled European prince married the daughter of the British King Emperor and heir to the throne and how he became the longest serving royal consort and symbol of Britishness is fascinating. It is never easy marrying into an institution that has been in business for over a thousand years. Recent casualties have included Princess Diana and the Duchess of Sussex, but the DofE was also unwelcome; his mother-in-law, Queen Elizabeth, was said to refer to him as ‘The Hun’.

Philip was born in Corfu to the Danish royal family who had been installed in Greece in the mid-19th century but was sent into exile soon after his birth. He was related to many of the royal families of Europe and was a great-great-grandson of Queen Victoria. His parents separated when he was eight, his father settling to the life of playboy in Monte Carlo and his mother, though suffering severe mental illness, sheltered Jewish refugees in Greece and is recognised as ‘Righteous among Nations’ at Yad Vashem, Israel, and became a Greek Orthodox nun.

Philip was raised speaking English, as his mother, Princess Alice of Battenberg, was born in Windsor and also spoke French and German. He was brought up as Greek Orthodox but joined the Church of England.

Initially educated at Schule Schloss Salem in southern Germany, he followed the Jewish founder to Gordonstoun in Scotland, where he thrived in his studies and sports in its harsh and cold regime. As he had no money, a wealthy relative paid his school fees, and he gave his address as ‘of no fixed abode’.
The volatile politics of Europe at this time meant that many of his relatives in Germany, like others of their class, were associated with Nazis, and Joseph Goebbels attended Philip’s sister’s funeral.

Philip served nobly in World War II, where he was rapidly promoted. He displayed the typical characteristics of a naval officer all his life—direct, loyal, impatient, irritable, rude, and hyper-masculine. He stayed in the Royal Navy until 1951 when King George VI fell ill.

Philip met Princess Elizabeth in 1939, when she was just 13 and they married in 1947, despite the reservations of some of her family and the court. He was handsome and glamorous, and the princess was smitten. They seemed to be close throughout, a relationship based on love, respect and humour, although there were many rumours about his roving eye. He was said to be close to his children, though found their messy private lives difficult, and was close to his grandchildren, famously walking with the two young princes behind their mother’s coffin, which no doubt they will recall when walking behind his.


It is never easy marrying into an institution that has been in business for over a thousand years. Recent casualties have included princess Diana and the Duchess of Sussex, but the DofE was also unwelcome

Philip took the title of Duke of Edinburgh on marriage but was never Prince Consort like Prince Albert, yet he played an active role unlike earlier consorts such as Queen Anne’s Prince George of Denmark. They were a working pair and he found a solo role as patron of almost a thousand charities and continued his love of sports, from sailing to carriage driving. His upbringing had probably acclimatised him to being in the top circles, albeit always as an outsider. The Duke abandoned his own career, which was all the more unusual then, and also gave precedence to his wife, though in private it was said the roles reversed. This must have been difficult in the 1950s. Although the Succession to the Crown Act (2013) changed the rule of male primogeniture, meaning an older sister now displaces a younger brother, the husband of the queen is king only if he is sovereign (‘and the husband of a Dame does not gain a title while the wife of a ‘Sir’ is a ‘Lady’’).

He was said to be furious that his children were not called Mountbatten (the Anglicised form of Battenberg).

The Duke of Edinburgh suffered ill health in recent years, retiring at 95 for a quiet life painting at Sandringham, but spent his last year in lockdown with the Queen at Windsor.

The Duke was at the heart of the changing world of 20th century Britain, despite having little formal power, and was said to have spurred the modernisation of the monarchy, which has proceeded fitfully since. He sometimes seemed tied to the past, notably in his sense of humour that was appropriate to his age and class with remarks that varied from mildly offensive to downright rude. In India, he’s probably remembered most for his comment about local electrical wiring. Yet, we can still admire the old-fashioned virtues he embodied such as his sense of duty and not putting one’s own feelings before all other values.

No one doubts that the DofE was good at his job, but the job itself is very strange. The idea of a royal family in the 21st century seems anachronistic but the institution itself has changed and it is the office, the symbolic role, that matters. It is about being a figurehead and constancy rather than a president who is there for a few years. The Queen has been present for almost seventy years, from Nehru to Modi.

Royalty is not the same as celebrity as the Duchess of Sussex discovered. Royalty is about being part of something bigger than oneself and playing a role one hasn’t necessarily chosen. It’s an institution, the monarch is the main feature and the others can never come close. What royalty does is to be public servants and keep quiet about themselves. The Queen has been exemplary, and the Duchess of Cambridge seems to follow. There are ‘characters’ like the DofE, Princess Margaret and the Princess Royal, but those who want to be celebrities are ‘problems’, as exemplified by Diana. She became a celebrity before anyone expected it, but outshone her husband, himself in love with a non-celebrity who has now proved to be a true royal.

India had its own famous queens, often warrior queens, whose consorts were little known such as Rani Rudrama Devi of the Kakatiya dynasty or Abbakka Devi, who defeated the Portuguese. Razia Sultan is often remembered more for the 1983 film in which her supposed romance with the Abyssinian, Yaqut, was given more prominence than her husband, Mirza Altunia. However, the other famous queens were widows of sovereigns—Rani Padmini, the Rani of Jhansi, Rani Tarabai, Ahilyabai Holkar or Gayatri Devi.

The male consort in India, the Denis Thatcher equivalents, are similarly mostly low key, such as Pratibha Patil’s husband Devisingh Ramsingh Shekhawat. Indira Gandhi’s husband, Feroze Gandhi, himself a politician, died before she became prime minister. It is perhaps not insignificant that some of India’s leading female politicians of this century, J Jayalalithaa, Mamata Banerjee and Mayawati, never married.

My only meeting with the Duke of Edinburgh was at the Queen’s Bollywood party at Buckingham Palace before the visit of President Pratibha Patil. Alas, I didn’t hear one of his infamous jokes.

I will miss the Duke of Edinburgh. He and the Queen were the same age as my parents, who also lived as a Royal Navy couple in Malta in the 1950s.

The Duke of Edinburgh was truly the Queen’s King. This was the only man with whom she was ever linked. At their golden wedding anniversary in 1997, she said, ‘He has, quite simply, been my strength and stay all these years, and I, and his whole family, and this and many other countries, owe him a debt greater than he would ever claim, or we shall ever know.’