The crisis of global inflation is only beginning 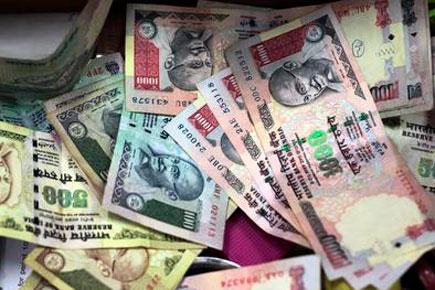 THE REASON WHY keeping your money in a chest under your bed is a bad idea is because what it buys keeps decreasing without you having done anything at all. Like taxes and death, inflation is a certainty in human affairs. While it is in the government’s interest to keep taxing you, they would desperately like to wish inflation away. Runaway prices are one of the few things that can turn societies into anarchies—just ask any Sri Lankan. India is nowhere close to that fate but this week, the Wholesale Price Index crossed 15 per cent, for the first time in nine years. Next, the chest of money under the bed is getting cheaper by 15 per cent.

The crisis is not one of India’s alone, and not even of our doing. The US, Europe, and practically every country in the world are witnessing inflation levels unimaginable a few years ago. Every government is watching prices like the unfolding of a horror movie. There are many who still believe that something can be done to meet this crisis, to somehow get the curve to go down again. But these are payoffs of sins that have been committed over time, faulty ideas that took seed, showed temporary success, and then began to be used with abandon as if tomorrow would take care of itself. But tomorrow is nowhere, and it is getting uglier by the day.

Western developed nations are the primary culprits, especially the US, which has been printing trillions of dollars as the solution for every eco­nomic crisis, including the one unleashed by the pandemic. It flushed the world with easy money, and drove up every asset class, from shares to Bitcoin, until wherever one turned, there was a bubble. And it would have kept on doing it if not for the basic economic truth finally catching up— more paper money without any corre­lation to what the economy is produc­ing has to shoot up prices. The dollar could get away with it because it is the currency of international transac­tions—the whole world is dependent on it—but there is now so much of it that even this bulwark has collapsed. As Elon Musk, the founder of Tesla, who at a technology conference on May 16 predicting a recession, said: “The obvious reason for inflation is that the government printed a zillion amount of more money than it had, obviously. If the government could just issue massive amounts of money and deficits didn’t matter, then why don’t we just make the deficit 100 times bigger? The answer is you can’t because it will basically turn the dollar into something that is worthless.”

The corrective will only take root once the recession runs its course. No one can predict how long it will take but chances are we are only at the beginning of it, a crisis that took long in coming and has now finally been triggered. There is never such a thing as easy money, but it is a lesson always taught by history and never learnt.