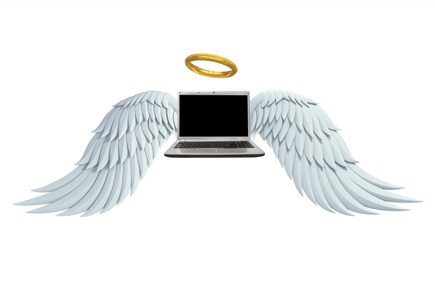 WHEN YOU THINK of Liverpool, you think of The Beatles and the iconic Liverpool Football Club.

The city hides a darker truth. For nearly two centuries, between the 1600s and 1800s, Liverpool was the slave capital of the world. Its businessmen commandeered 55 per cent of the transatlantic African slave trade—one of the most brutal extraterritorial crimes in recorded history.

In the 1600s, Liverpool was an impoverished hamlet. By the 1800s, it had been transformed into a thriving metropolis.

The West used brutal force as it emerged from the medieval age into the modern age. Trafficking over 10 million African slaves in European ships to the new American colonies was just one of its horrific crossborder crimes.

In January 1788, an English fleet of 11 ships commanded by Captain Arthur Phillip dropped anchor in Botany Bay, south of today’s Sydney harbour, and claimed Australia for the British Crown. There was a small complication: nearly a million Aborigines lived in Australia in 1788. Their ancestors had settled the continent over 50,000 years ago. They regarded the invading English as curiosities but were civil to them. The English reciprocated by killing them.

To date the Australian government has confirmed 311 officially documented cases of massacres of Aborigines by the English over the past two centuries as they rapidly set about colonising the new continent.

But we digress. These crimes—slavery and colonial genocide—will have consequences, including reparations, in the coming years. That is inevitable. For the moment, concentrate on how brutal force has been replaced today by algorithmic technology. The Western gunships that forced tax and treaties on the colonies are gone. They’ve been replaced by the imperialism of the internet.

Vijay Shekhar Sharma is the founder of Paytm, India’s largest digital payment platform. This is what he said to the Indian Express about the insidious impact of internet imperialism: “Four-five companies can decide which business will exist or not exist. The influence of Big Tech on the lives of common citizens in a democracy like ours is underestimated. We are treated like a place where the users are—a place from where the toll is collected—and yet none of these companies is even agreeing to follow the laws of the country. It cannot get more outrageous than that.”


Online news sites, many funded by foreign sources of uncertain provenance, want zero regulation. They will have to become more transparent

On first principles, I am against intervention by government in the media. Authorities regulating media do exist in most democracies. In Britain, for example, the official media watchdog Ofcom regulates content that is racist, sexist, homophobic, paedophilic or incites violence.

The Press Council of India, the Editors Guild of India and the Broadcasting Content Complaints Council (BCCC) are toothless. It is this failure of intramedia councils that has allowed the Government to notify new rules for social media intermediaries and digital news sites in an increasingly complex media ecosystem.

News sites which are viscerally anti-government often complain the loudest that their freedom of expression has been circumscribed and that Indian democracy is in decline. They see no contradiction between criticising the Government—which they do fiercely and frequently—and complaining about the lack of media freedom.

The truth is that online news sites, many funded by foreign sources of uncertain provenance, want zero regulation. The new government rules will require them to furnish details of their funding, provide monthly compliance reports, appoint nodal officers to liaise with law enforcement agencies to take down offensive content, and employ a grievance redress officer.

Twitter, for example, will now have to justify why it allows abuse by certain handles and bans other handles for relatively minor transgressions. Digital news sites with international funding will have to become more transparent and professional—like newspapers and TV channels which have legacy protocols.

In the bad old days, colonial guns did the talking. Today, Big Tech wants control through algorithms powered by artificial intelligence. Only the means have changed. Not the ends.