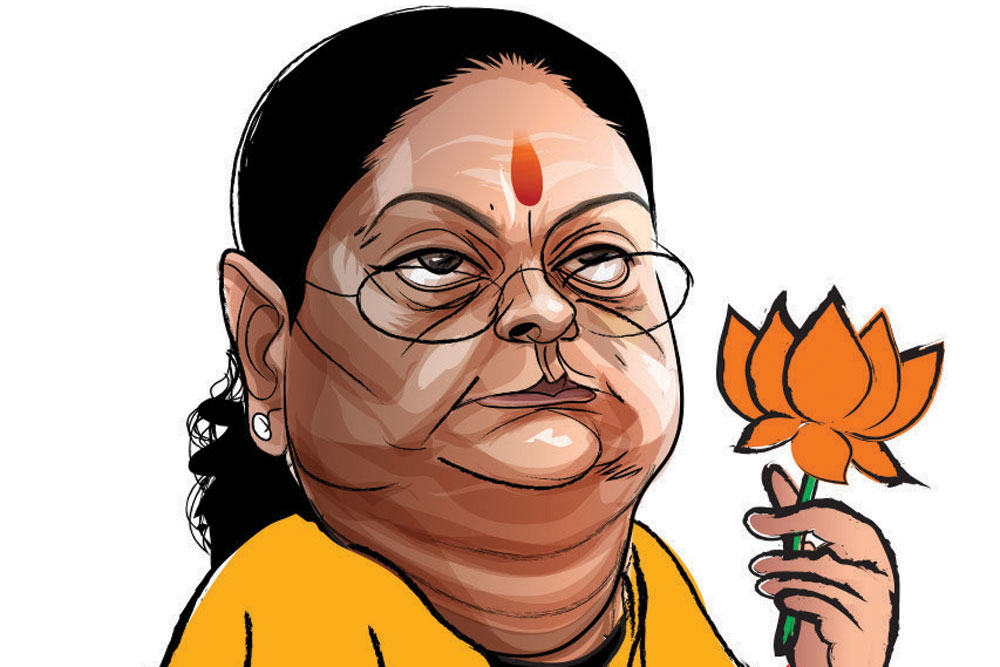 
After its victories in the Assembly elections, the Bharatiya Janata Party (BJP) is seeing a mellowing of rebel leaders like Vasundhara Raje and Uma Bharti in state units. In Rajasthan, Raje’s supporters are more vocal now about supporting the party. In Uttarakhand, any threats of a split or challenge to the state leadership has weakened. Even in Karnataka, former Chief Minister BS Yediyurappa’s son, who was aggressively pushing for a ministry, now says he does not want any post.

How To Keep Him

MAYAWATI’S MAN FRIDAY Satish Chandra Mishra is the Brahmin face of the Bahujan Samaj Party (BSP). His time in Rajya Sabha also comes to an end on July 4. The party has no numbers to send him back but if he gets nothing, it will upset whatever Brahmin base is left with BSP. He might be mollified by a major promotion within BSP. Mayawati can’t afford to lose him. He is also the main link between her and BJP.

AFTER THEIR DEFEAT, Sonia Gandhi dismissed five state Congress presidents but within the party, there is discontent that she protected Rahul and Priyanka Gandhi even though they were leading the campaign everywhere. Priyanka had been instrumental in the appointment of Navjot Singh Sidhu as Punjab Congress president that was responsible for the debacle there. She was also behind making Ajay Kumar Lallu the chief of the Uttar Pradesh Congress. Rahul had a hand in making the presidents of the Goa and Uttarakhand units. And Priyanka was also directly looking after the UP election where they got just two out of the 399 seats contested. Party insiders are asking why they shouldn’t be accountable. 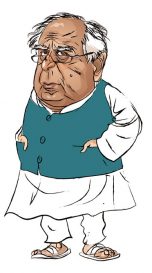 A number of senior Congress leaders raised a revolt of sorts after the resounding defeat of the party in the state elections. Kapil Sibal, Sandeep Dixit, Sunil Jakhar and Harish Rawat were all unusually vocal about how the party was being run. Sibal even launched a direct attack on the Gandhis by saying that it was not a party of any single household and should be everyone’s Congress. It is being said these dissident leaders might form a new political party before the 2024 General Election.

BJP HAD NOT announced a chief ministerial candidate for Uttarakhand before the election and there had been a lot of infighting over it. Now that it has won the state, the question looms large. One dark horse could be Anil Baluni, who is currently the national spokesperson of the party. Narendra Modi is said to be very impressed with him and they have worked with each other since Modi’s Gujarat days.

AFTER THE RESULT of the five state Assembly elections, Congress leader Kamal Nath might see a rise in his fortunes. There is a vacancy for political advisor to Sonia Gandhi after the death of Ahmed Patel and he could be the much-needed foil. With many senior leaders once again protesting, he could be the bridge between them and the Gandhis. But while Sonia is said to be okay with the idea, Rahul Gandhi is averse to it.

FOR THE RECENT Congress Working Committee meeting, members had to keep their mobile phones outside the venue. It is a strict norm that the party has enforced. This was because information used to go to television channels and other media during the meetings. Also, there would be disturbance because members would be texting.

The Karnataka government’s performance remains a problem for BJP and there are strong rumours that Chief Minister Basavaraj Bommai might be asked to go. But the party does not want to bring back BS Yediyurappa. There is then National General Secretary BL Santhosh, an old RSS hand, who has become very powerful within the state organisation. He would not be averse to being chief minister but fitting him within the caste equations, an important factor in the state’s elections, might be difficult. Also, whether Modi and Amit Shah would be interested in giving him the post is uncertain.

IN RAJYA SABHA, there is an attempt being made to form a non-Congress, non-BJP bloc with several leaders from Trinamool Congress, Aam Aadmi Party, Samajwadi Party, etc, working on coordinating their Parliament strategy. Even the Dravida Munnetra Kazhagam, Telangana Rashtra Samithi and Shiv Sena are said to be secretly supporting this effort. If they can form such a bloc, then Congress could lose the main opposition leader’s post in the Upper House.

THE ELECTION COMMISSION has announced elections to 13 Rajya Sabha seats, and after that seats will become vacant in June and July. Additionally, there are some nominated seats coming up for renewal for which the government has to send names. From BJP, the tenure of Roopa Ganguly and Subramanian Swamy also comes to an end. Both have been critics of the government and BJP will be in no mood to send them back. But for Swamy, a section of RSS is putting pressure to accommodate him. However, the party bosses are not very keen.