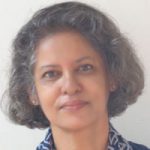 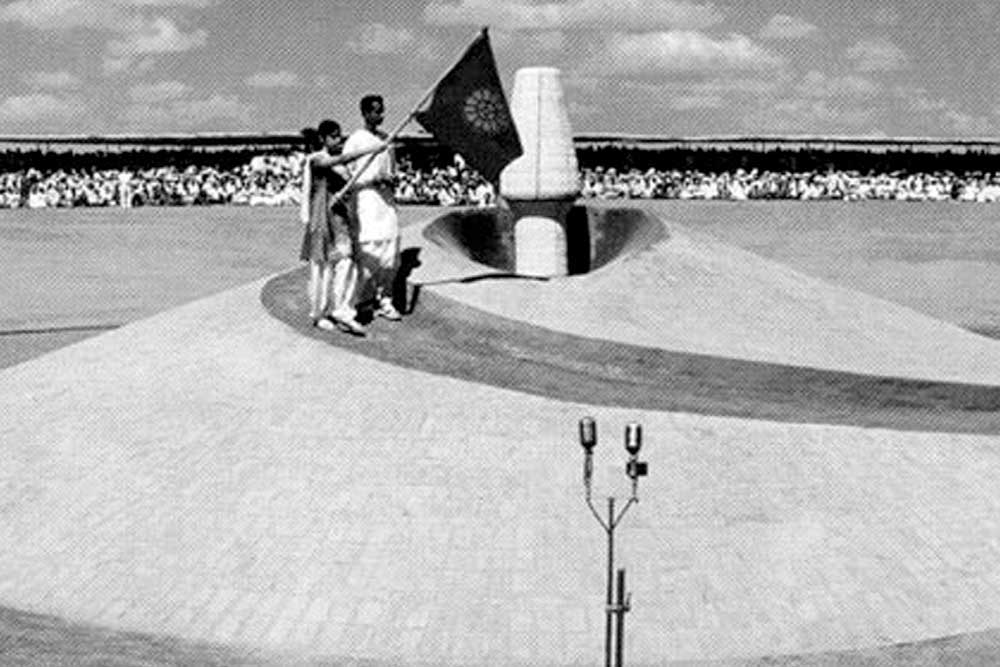 
Auroville has been in the news these last days for all the wrong reasons. An organised media blitz with misleading facts, sensationally packaged, has taken much of Auroville by surprise.

Auroville was started as a planned, visionary city in February 1968, by the Mother (Mirra Alfassa) and named after Sri Aurobindo. Heralded as a great hope of human unity and as a unique urban experiment, it was envisioned as a pedestrian-friendly town.

The key to achieving this is a special zone called the Crown, which traverses all parts of the city. The Crown will be the town’s urban centre with services, cafés, auditoriums, facilities, a crèche for moms while they run chores, tailors, art corridors, international poetry spaces, gardens, rainwater harvesting ponds, cycle paths, a tree lane, and zero-carbon public transport. The sides will have the town’s infrastructure corridors.

People have been waiting for it to happen since the mid-’80s. The first attempt to walk and mark this circle was blocked. The land was still quite barren then, but any talk of development or the city was deemed “unsustainable” by the budding environmental hardliners. The corridor meant for the Crown began crowding with trees. In the early years, trees were planted to safeguard the land till there was the possibility to develop and to stop erosion. Soon, trees became territory.

The master plan of Auroville was prepared by the residents. As the town grows, the need to organise its mobility and infrastructure becomes necessary. By now, sections of the Crown, Auroville’s Commons, were so densely overgrown that no one could pass through. Laying and maintaining the infrastructure became a near-impossible task. The Crown became off-limits for the people.

Attempts were made to clear the corridor once more in 2012, with signatures and assurances, but again, it came to naught. The attempt to complete the laying of HT electric cable ran into a dead end. Roughly, 300m are now left to complete this to ensure efficient supply and energy management. Two rolls of cables have been lying in the sun and rain for close to two years, partly paid for by the Government, partly by a donation. Until the cables are laid and the ring connected, we lose ₹ 5,000 worth of energy each day—an indulgence we cannot afford.

No amount of “dialogue” seems to satisfy these self-appointed, hardline anti-city fraternity who express righteous hurt and rage if “their territory” is touched. The process thus never gets over, decisions never taken, the Crown successfully stalled. There is much righteous outcry about violence now but there are no such qualms when it comes to blocking Auroville ‘s Commons, or hurling homemade bombs at the neighbourhood or blocking their access by rolling in a JCB and digging a trench because they are city dwellers, while large tracts of land, paid for by donors for the city, are appropriated in the name of “forest” rights in the heart of the city area masterplan without permission or process.

The Auroville city area has space for over 50 per cent green via green corridors—gardens and parks, and a green belt. In addition, for any tree cut, ten times more are to be planted in designated green spaces. The land being cleared for the Crown corresponds to only 0.36 per cent of the total masterplan area. It is a specific feature of the city on which many things depend: mobility, infrastructure, and urban life. It is not a forest. Three thousand five hundred people occupying over 3,000 acres of land can hardly be a sustainable model.

Recommendations by previous governing boards to ensure growth have all been ignored. The new board is determined not to let the city development paralysis remain after reviewing requests from members of the community. On December 4th, a JCB was sent to help open a path, difficult to otherwise clear. Soon, people began arriving to block it and obstruct the work: climbing onto the JCB, putting small children in front of it, and by abusing members of the Auroville Town Development Council (ATDC) and the Road Service, all fellow Aurovilians. People who arrived in support of the working teams and for the continuation of the work were also insulted, pushed, even spat on, and are presently being vilified. A few policemen were sent to ensure the ATDC could do its work. They were shouted at and there was no violence as is being professed. Work that was meant to be completed during the day was stalled, while ATDC members were asked to resign.

That night, police cordoned off the area in order to complete the work without hassle. However, youth and adults who came again, were abusive, inducing the police to react. Five youths were shoved and put in a jeep where they were locked for some time and then released, as per eyewitness accounts. No lathis were used. The Youth Centre, meant to be a temporary space, has violated agreements over the years and even placed a building right over the Crown.

The path that was blocked for all these years has opened. If the agreements and clearings were done as for the rest of the town, no police would ever have had to step in. However, things have been pushed to such an extreme that the police have had to be called in for protection. The rest of Auroville has been ignored.

The question is this: in this experiment of human unity, why is it so difficult to agree on the givens of the city plan? It has a few non-negotiables, like the Crown, ratified twice by the Resident Assembly, and yet, Auroville and its development have been held hostage, and the youth and schools monopolised with wrong information.

Today, anyone not toeing the line of this anti-city fraternity is called a Nazi, a right-wing fascist, and no human unity is on offer. It has to be their decision alone. No one else counts. The city plan does not count, it has been trashed for years as “old”. Yet, the elements it contains are now being emulated across the planet by progressive planners. One of them is to increase density and pedestrian circulation to avoid sprawling, to effectively reduce carbon footprint.

The Crown is also the symbol of Auroville’s physical unity meant to hold the spiralling Galaxy plan together. One wonders now, as this theatre plays out before us, is it about the trees, or sustainability, or is it just about territory and entitlement and having one’s way at any cost?

Anu Majumdar
Anu Majumdar first came to Auroville in 1979 where she has worked in several areas including the Matrimandir construction site and as a dancer-choreographer with the Auroville Dance Lab Her books include Refugees from Paradise and God Enchanter, (fiction), Island of Infinity and Infinity Papers (YA) Mobile Hour and Light Matter (poetry). Her poems and stories have been anthologized, written for choreography, for art installations and published in Prairie Schooner, The Punch Magazine, Scroll and Arts Illustrated and others. Auroville: A City for the Future is her ninth book.