Rohingyas: Home Has to be Elsewhere 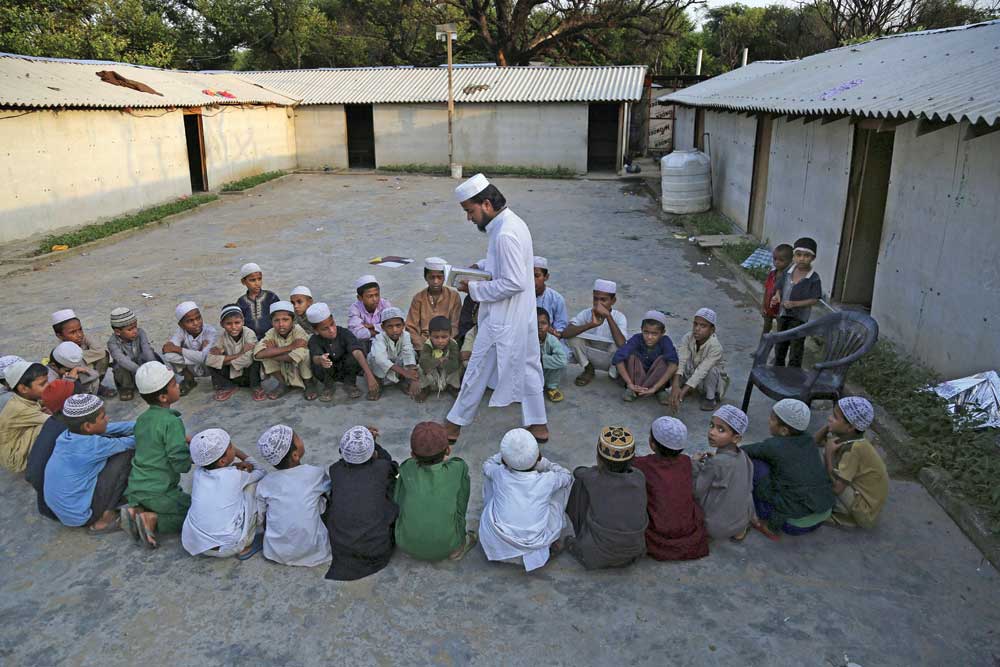 THE TENTS PITCHED in Jammu are a long distance away from Rakhine, Myanmar. If one were to make a journey by foot and road, it would take days to get from the northwest corner of Myanmar to the northern- most state of India. Thousands of Rohingyas have managed it. Not only that, they have landed in a part of India where religion, politics and geopolitics form a combustible mix. Fears of changes in Jammu & Kashmir’s demography are a significant factor for turmoil there. Conspiracy theories abound in the state. Kashmiris often claim that the Union Government is out to alter the composition of the state by letting ‘outsiders’ settle there. In April, a Jammu chamber of commerce went to the extreme of saying that Rohingyas should be ‘hunted’ down. Curiously, there was not a whimper of protest from Kashmiris. Put indelicately, Rohingyas are Muslim.

The same fear of being ‘swamped’ by an influx from Myanmar has acquired an India-wide dimension. Fuel was added to the fire when Union Minister of State for Home Affairs Kiren Rijiju told Parliament in August that the Government had directed state governments to form district-level task forces to identify and deport foreigners who were staying illegally in the country. No sooner had this been said, than Indian intellectuals responded with fury. Their contention is that deporting Rohingyas is illegal. The arguments they put forth against the ejection of ‘refugees’ has spun a complex web of international law and humanitarian concerns, with some breast-beating thrown in. In reality, the Rohingyas who have taken residence in India have entered the country illegally. They did not go to the Indian embassy in Yangon, get a visa stamped in their passports and then come to immigration counters. Under Indian law, thus, they are liable to be expelled if the Government chooses to do so. India is not a signatory to the 1951 United Nations Convention on Refugees, nor the 1967 additional protocol. There exists a Standard Operating Procedure under which such cases are referred to the Ministry of Home Affairs, and if a plea for asylum is found genuine, a long-term visa can be granted to such persons. This is the context in which the debate should be seen. Since the grant of a visa under that category is discretionary, there is no denying that such decisions are susceptible to political pressure. Legally, however, Rohingyas have no claim to settlement rights in India.

There are three reasons why the Government must repatriate Rohingyas from India. One, on current estimates, they number in excess of 40,000, though the official headcount is pegged at only 16,500. In Bangladesh, the number is much higher: 270,000. These figures are fluid and change by the day. There are other countries where Rohingyas have sought refuge, including Pakistan. If India agrees to ‘regularise’ a substantial fraction of the 16,500 present on its territory, it’s unlikely that they will return to Myanmar. Instead, they will probably seek Indian citizenship. If this happens, then it could open the floodgates of migration not only from Myanmar but also Bangladesh. The ‘moral hazard’ of giving those who are here temporary residence permits is so high that a decision on this cannot be taken without weighing the risks.

Two, at the moment the humanitarian claim is that Rohingyas are being persecuted in Myanmar and they need refuge in India for the safety of their life and limb. This is plausible. But nation-states are not sites of moral refuge: the trade-offs that must be made to preserve the well-being of their own citizens often appear unjust. This, however, is alien to a moralist’s way of arguing by reliance on partial facts. Consider Rohingyas. If India were to take in all those who are fleeing Myanmar, or even a large portion, it will burden the country with the associated costs of rehabilitation and much else. Who will bear these? India is ranked as a low-middle-income country that has had explosive population growth; in the decades ahead, it will become the world’s most populous. India’s land-to- man ratio has deteriorated for centuries and now poses formidable challenges to its economy. This adverse ratio is one technical reason why industrialisation has become so difficult. As the number of persons dependent on land rises, so does the resistance to part with holdings for more productive economic ends, such as the setting up of a factory.

In this situation, asking India to shoulder the burden of Rohingyas is unfair to India’s own citizens. Today, they are fleeing persecution in their homeland; tomorrow they could be ‘economic refugees’. It is hard for any government to distinguish between the two, and a precedent could be set off a trend that proves near impossible to reverse.

Finally, there is political reason why India should not welcome Rohingyas. The country earlier experienced a silent wave of illegal immigration, from Bangladesh. Over time, this has changed the demography of Assam, with deleterious political consequences. It fuelled a popular insurgency there, and illegals are a permanent fixture of its politics, with a political party that champions their cause. It is not inconceivable— rather, it is quite likely—that something similar happens with Rohingyas. Their settling down in Jammu could have another Assam brew in a much more difficult corner of India. There is no need to speculate on the future, but a warning bell has already been sounded.

It is true that Myanmar has to take the blame for the violence in its Rakhine province that has resulted in the Rohingya exodus. But it is a mistake to focus attention on Myanmar alone. There have been several waves of illegal migration in recent years. From the Adriatic Sea to the Bay of Bengal and from Africa to Southeast Asia, large numbers of people have run away from the countries where they were born. They may have been pushed by persecution at home or attracted by a better life elsewhere, but one conclusion is inescapable: the model of independent nation-states created by a wave of decolonisation in the middle of the last century is now open to question. The evidence of it is clear. What is less clear is what can or should be done in response. If the problem is not sorted out, the successful cases of post-colonial development—of which India is a good example—will be at threat.