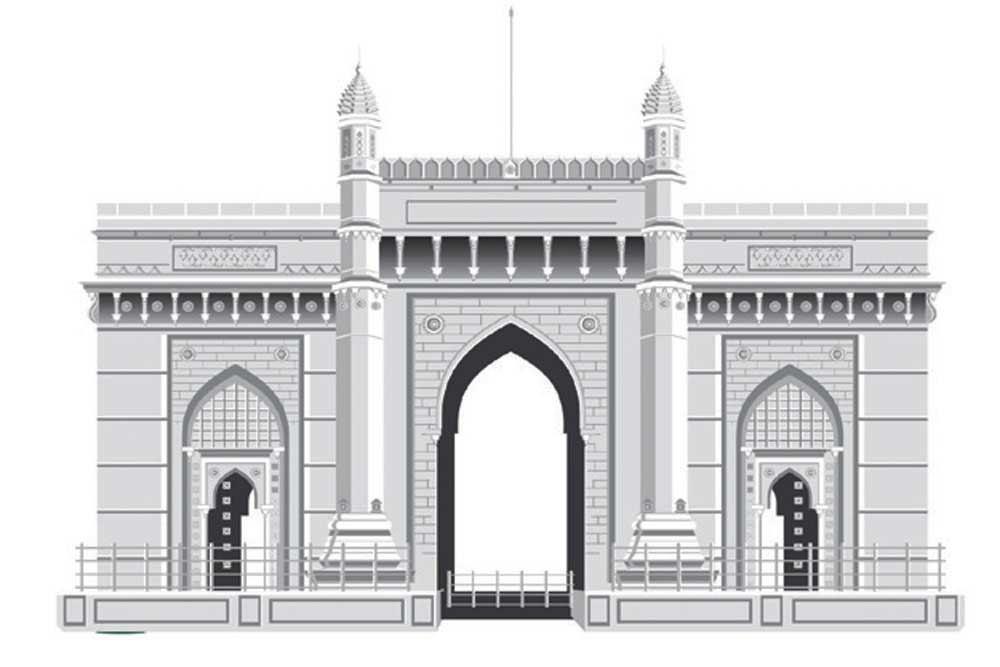 ONE OF THE late RK Laxman’s best ‘You Said It’ cartoons featured the city’s favourite subject, its roads. Laxman’s befuddled Common Man, umbrella in hand, glasses in place, is peering into a large pothole—a Maruti 800 has fallen inside.

There are people in Mumbai who go around the city taking an annual pre-monsoon census of its roads. Actually, not its roads, but the potholes on the roads. These are not BMC officials—their job, which is to ensure that a minimum number of potholes are created every year, is over by then—these are private citizens. This annual pothole- counting shows how civic-minded some people are. It shows how much time people have on their hands too. Nonetheless, it’s a useful service: how can BMC officials sleep peacefully at night unless they know they had met the annual pothole target?

There are several benefits to having lots of potholes. They stop car drivers from falling asleep; they also prevent them from driving fast. Both of these combine to slow down the annual growth of road accidents. Potholes spoil tyres, shorten the life of car shock-absorbers and suspension systems, thus helping the automobile ancillary industry as well as generating sizeable employment among the tyre-puncturewallas. Last, but not the least, potholes slow down cars, thus making it safer for women to take cabs on their own.

However, I am open enough to acknowledge that there can be an opposite point of view, that there might actually be people in this world who object to the existence of potholes. They will invariably bring up Marine Drive and point out how good that road is even though the British built it. Or perhaps, because the British built it. As it happens, the British did not build it; it was built in 1940 when the British ruled the country, so they could take credit for it although the construction was carried out by the late philanthropist Bhaktibhushan Shreeman Bhagojisheth Keer (whose name is as long as the road) and plain Mister Palonji Mistry. The long name and the Parsi connection must have ensured that the road showed no signs of wear and tear for 72 years, till the BMC a few years ago decided enough is enough, and resurfaced it.

Most professionals agree that today’s road contractors are as good or even better than Keer & Mistry, even though they have shorter, non- Parsi names. It’s just that the BMC engineers who supervise them don`t have as much time on their hands as British engineers did, so that when the 2017 contractors build/rebuild roads, they forget a few minor details and the BMC engineers aren’t around to notice them. For example, they dig into the ground for only 30 cm when they are supposed to dig 85 cm. They also forget to lay 30 to 50 per cent of the crest layer. In other words, they forget the bottom part, and they forget the top part, but as long as they remember the middle part, who cares? Certainly not BMC engineers.

Mumbai Municipality’s officials have also been heard complaining of the never-satisfied outlook of Mumbaikars. In the summer, citizens complain of not enough water; in the monsoon, they complain of too much water. What citizens don’t appreciate, the authorities say crossly, is how predictable they have made the city. For example, you know in advance which areas will get flooded at the first rains. You know which additional areas will get flooded with the second, additional, rains. And which areas will be completely blocked when it really, really rains. Surely, there’s something to be said for consistency?

They also point out other benefits of their planning. In the suburb of Santacruz, the Milan subway (named after a cinema theatre), provided an important inter-connection between East and West. This was a little road that went under the suburban railway line, thus allowing motorists to cross even when trains thundered overhead. However, to pass under the rail line, the subway had to curve and dip, thus becoming an inviting trough for rainwater to collect in the monsoon. Every year water collected knee-deep, and guess which shops sprang up in the neighbourhood? Outlets selling medicines and automobile accessories. The obvious solution to avoid this flooding was to build an over-pass, but why should BMC go for the obvious? They resisted for years, but now that the deed is done, no cars or people have to wade through water. Are the chemists and auto-accessory outlets still there? We can’t tell from the overpass. It’s likely they have moved to another suitable area. You can be sure Mumbai has no shortage of them.