The city's love affair with jazz 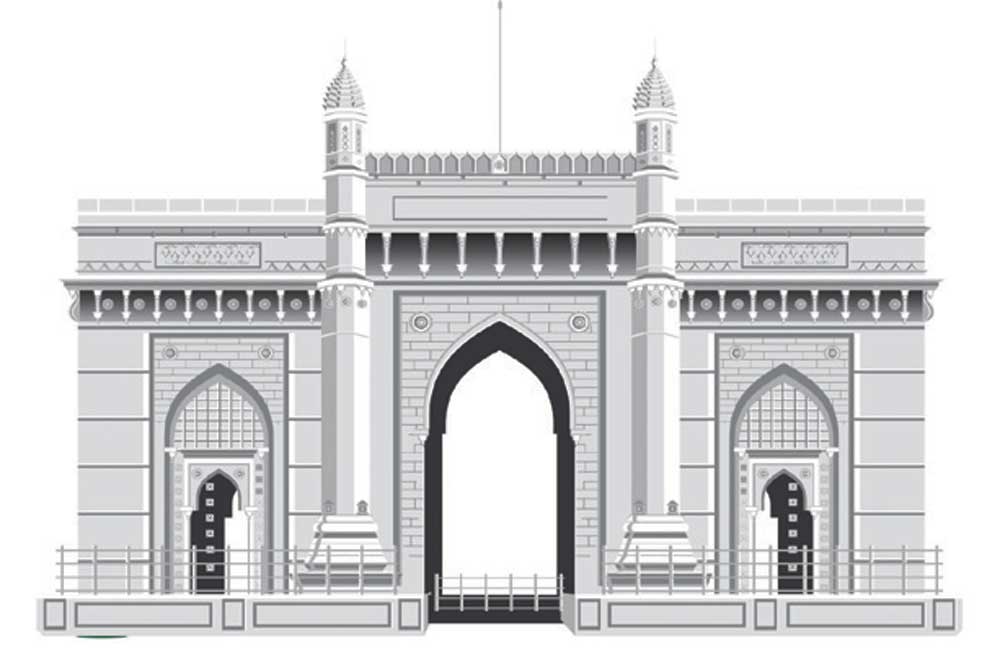 THE DECADES BETWEEN 1930 and 1960 are supposed to be the Golden Age of jazz in India—particularly in Bombay and Calcutta, as they were then called. Certainly the 1950s and early 60s must have been so because that’s when the US State Department’s Special International Programs was operational. Wanting to showcase the superiority of ‘The American way of life’ at the height of the Cold War with the USSR, America sent its best jazz musicians to India and other countries. Dave Brubeck`s Quartet was here (with Paul Desmond on saxophone), and so was Duke Ellington.

In his wonderful book, Taj Mahal Fox Trot: The Story of Bombay’s Jazz Age, Naresh Fernandes narrates many amusing anecdotes. Apparently, Ellington called for room service and asked the waiter what food was available. ‘I begin by reciting my favourite and get all the way down to chicken but he responds to every item by shaking his head side to side,’ Ellington wrote in his memoirs. ‘Although I am right here on the sea, he shakes his head again when I mention fish. Not knowing any better, I wind up eating lamb curry for four days, after which I discover that shaking the head from side to side means, ‘Yes’!’

These tours, apparently, stopped in the 1960s, when the Civil Rights movement gathered momentum in the US, and African-American musicians realised they were being used as propaganda tools to bolster the image of a deeply segregated society. However, the seeds of jazz—and of exceptional quality—were sown, and the music continued to flourish. It flourished particularly strongly under the guidance of Niranjan Javeri, whose bi-annual Jazz Yatra was one of the great events of the year.

Sadly, jazz fell into gradual decline after that, in spite of the strenuous efforts of people like composer and pianist Louis Banks, saxophonist Braz Gonsalves and singer Pam Crain. This is particularly strange when you think of jazz’s affinity to our own music—the informality, the emphasis on improvisation, the interaction between instrumentalists are so similar to ours. However, there is a revival of sorts happening now because of the efforts of three individuals who form a group called Jazz Addicts: Pradip Bhatia, Apurva Agarwal and Sunil Sampat.

In the last week of March, they brought to Mumbai (not for the first time), the Russian saxophonist Igor Butman, now regarded in the top rungs of world musicians. Born and brought up in Russia, Igor was a student of Western Classical music, with the clarinet as his chosen instrument. But exposure to visiting American jazz musicians and listening toVoice of America’s nightly programmes made him take to the jazz saxophone.

Butman’s Mumbai concert had a packed audience which was particularly appreciative of the blind pianist Oleg Akkuratov who, in addition to his excellent playing of the piano, also sang in a number of languages (including Hindi). Fantine Pritoula, a fascinating mix of Russian, Dominican Republican and Australian backgrounds, and also remarkably easy on the eye, was on lead vocals. She sang well too.

The Jazz Addicts’ policy is to feature only acoustic instruments and not instruments like the electric piano, synthesizer, modified electric guitars and other electronic sound. It might be difficult to continue doing this, but sticking to the straight and narrow path of purity is never easy.

THE CULTURAL WORLD occasionally throws up surprises, and one came our way recently when a sudden blitzkrieg of publicity announced a programme of Russian ballet. It wasn’t organised by the usual suspects but by an outfit calling itself Navrasa Duende. It turns out to be a new venture by an industrial group called Energo India. The ballet company was the Royal Russian Ballet.

The second surprise was that they planned to perform in Mumbai over an incredible 13 days, with additional matinees on some days too. Ticket prices were really high, so the Jamshed Bhabha Theatre wasn’t ever full, but many people did come over its long run. The troupe performed Tchaikovsky’s Swan Lake, the ever popular classic. The dancers—especially the leads—were good, and the choreography (as arranged originally by Marius Petipa and Lev Ivanov) was pleasing. The sight of the swans pirouetting to Tchaikovsky’s wonderful music never fails to delight.

To cut costs, the scenery was basic and the music was recorded. I still hope the tour of the company through four Indian cities was a commercial success. Initiatives such as Navrasa Duende’s shouldn’t fall by the wayside. Mumbai could then become a city in a very real way.