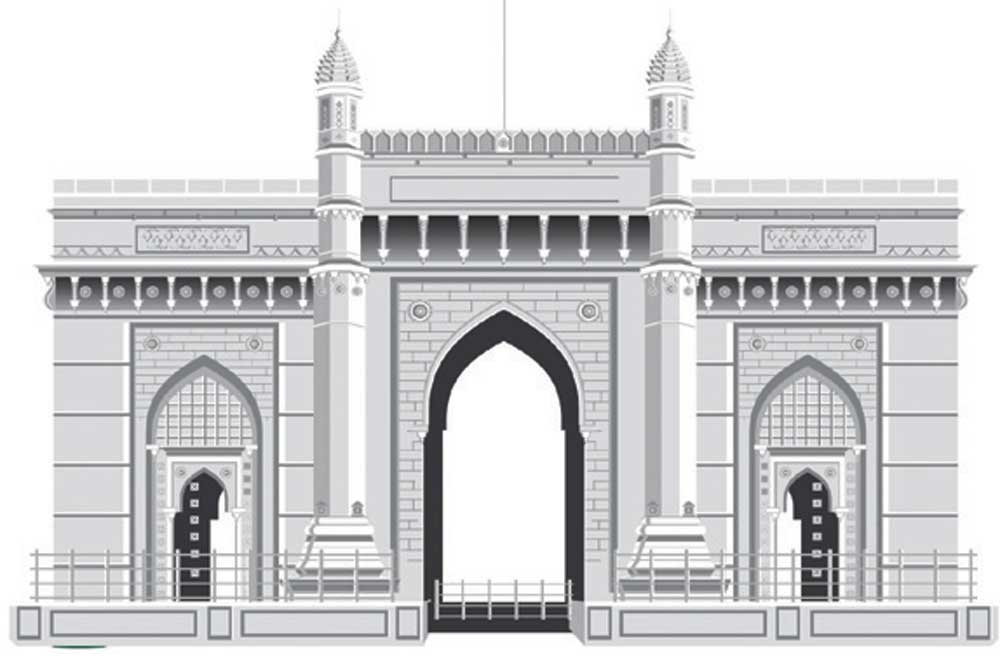 TWO OF MUMBAI’S biggest public events happen within one month of each other. There’s the Mumbai Marathon in January and then the Kala Ghoda Arts Festival in February. Just concluded, the nine-day festival was, by all accounts, a great success.

When any event succeeds, the challenge for the organisers is how to make it better the next year. One way is to make it bigger. In its 20th year, Kala Ghoda was certainly massive: 560 events, 102 installations, 22 curators. The list is long. No wonder its organiser, the Kala Ghoda Association (with Maneck Davar, the publisher, as its chairman), calls it India’s largest multi-cultural festival.

Outsiders to the city will no longer be mystified why this arts precinct, with its many galleries and restaurants, is called Kala Ghoda: there is an actual—and rather large— statue of a black horse at one end. But this was not always the case.

The original black horse had the then Prince of Wales (later King Edward VII) astride it, built by philanthropist David Sassoon to please the prince. In 1965, spurred by nationalistic sentiments, this was removed and dumped in the Byculla zoo. A sense of humour, hitherto unsuspected of municipal corporations, must have been at work here because many other British era statues have also found a home at the zoo. What would you call that? A statuary menagerie? A new statue of a splendid looking black horse, sans rider, was commissioned and put up by the Association in 2017. Which means for over 50 years, the Kala Ghoda precinct was horseless.

This year, the theme became Hara Ghoda, to raise environmental awareness. The installations, the organiser said, “were designed to reflect the wonders of Nature”. The festival’s blurb adds, ‘The raging flames of the Fire of Victory (agni), the liquid blue of Aqua (jal), the indefinable Air (vayu), the indestructible Earth (prithvi) and the realms of Space (akash), finds its place and artistic representation here.’ Oh well, if you have made the effort to install large things, you have the liberty to wax lyrical.

What I like about the festival is that it has become a truly public event, and the often forbidding and always cloistered concept of ‘art’ is thrown into the vayu and destroyed by agni so that you and your neighbour and the sales girls and drivers jostle with each other in the egalitarian crowd, each getting what they will from the general atmosphere.

Far from the milling crowds— actually only a feeble stone’s throw away—on the David Sassoon Library lawns, a mini literary festival also takes place for the more serious minded. This year there where 19 poets around. Why 19, I am not sure. Perhaps there were 20, one for each year of the festival, but one fell by the wayside, or renounced poetry as some poets temporarily do. The 19 were called Hope Street Poets, so I had assumed they would read sunny verses, but the explanation was more prosaic: according to Ranjit Hoskote, poet and curator, Hope Street was the original name of David Sassoon Library Marg. You do lose out a bit of poetry in our lives, don’t you, when you change street names?

Which was the most popular section of the festival? It was a toss-up between the food stalls and the music performances. A highlight, undoubtedly was Zakir Hussain’s recital with Sabri Khan on the sarangi. Apparently the audience swelled to 1,500. I wonder if many noticed how Zakir Hussain’s virtuosity and charisma have changed the equation of a performance: earlier, it would have been ‘ABC’ on the sarangi, accompanied by ‘XYZ’ on the tabla, wouldn’t it?

One of the nicer things that have happened in Mumbai over the last few years—and this isn’t just at Kala Ghoda, but also at multiple smaller events through the year—are workshops for children. Workshops for writing, acting, art, crafts…. They must open hitherto very tightly shut windows.

But maybe some windows could remain shut and we wouldn’t be any poorer. This thought came to me while watching an evening of different dance forms at NCPA’s Experimental Theatre. The event featured students from Mumbai schools each doing their own individual thing. Tushna Dallas’ School of Ballet is one of the city’s venerable institutions, and students are examined (and get certificates) from London’s Royal School of Ballet. While that’s a perennial, now there’s a flamenco school and one which works with silk fabrics suspended from the ceiling on which you do aerial—and occasionally heart-stopping—exercises. A young woman has also started a school for ‘Chair Dancing’. It’s not the chair which dances but the person on it, who mouths sexy lyrics while bending the body in what could be considered erotic contortions if the body in question had the shape for it. We were told by the young lady that this was highly empowering. She invited the audience to try it out, but most of us decided to take her word for it.