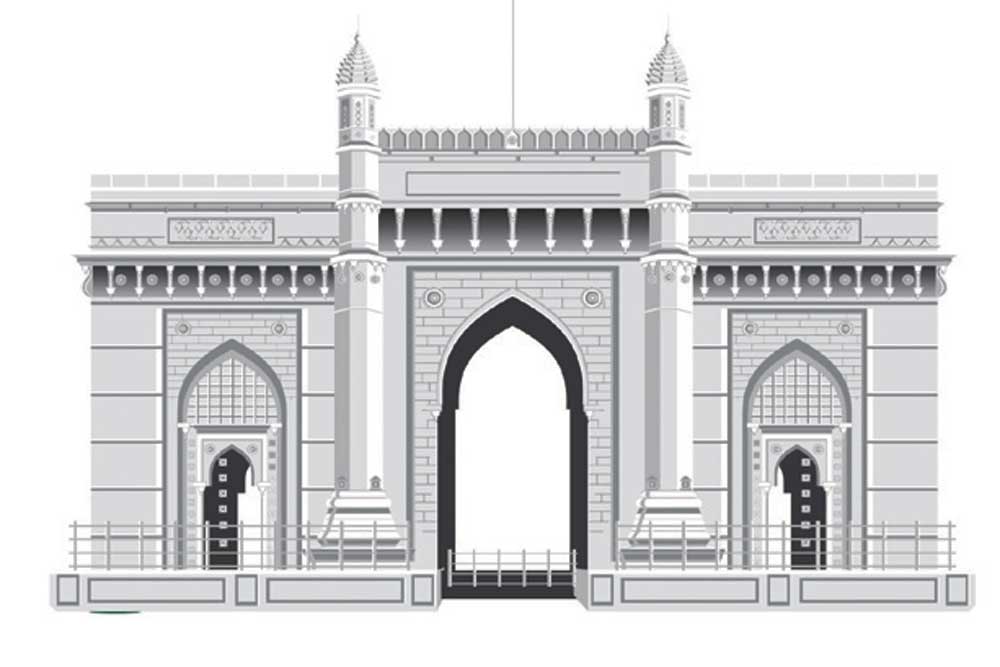 ONE PARTICULAR photograph was in every newspaper the morning after the Elphinstone Road tragedy. It didn’t have the photographer’s name, so presumably it was taken by a commuter who escaped the crush on the FOB (Foot Over Bridge) and used his phone camera. The picture showed only a small section of the bridge, but that was enough to convey the horror of what happened that black Friday: a woman in a red sari was lying still, one arm outstretched past the side railings of the bridge; slumped over her, with his head sticking out on the side lay a young boy, his eyes shut; four men were trying to clamber out, every sinew stretched to retain their precarious hold on the bridge’s vertical bars… The bridge itself was crammed with bodies, all of them crushed beneath each other.

The toll: 23 dead, 39 injured. It wasn’t a terrorist attack; no mad gunman went on a killing spree; the bridge hadn’t collapsed. All that happened was that four trains arrived more or less simultaneously, and more than that, it started to rain heavily. Neither of these were out-of-the ordinary happenings: during the monsoon, it rains here virtually every day, and Mumbai’s suburban rail service has trains running every three to four minutes during rush hour. What happened here was that people took shelter on the covered bridge from the rain; others tried to push their way through to other platforms; someone shouted that the bridge was collapsing and a stampede followed.

An accident that was waiting to happen happened. That’s all. It could have happened last year, or the year before, or the year before that. It was just fate, destiny or chance— whatever you choose to call it—that September 29th, 2017, was the day when it took the senseless death of 23 people to tell us all of how badly our institutions fail us.

The Elphinstone FOB was built years ago when the population of Mumbai was much, much smaller. The suburban rail system consisting of Central Railway and Western Railway, was also built to cater to a smaller city. Now the two railways run 3,043 train services daily carrying 7.6 million passengers. Ten people on an average get killed every day; most of them because they fall off running trains; others get electrocuted or get run over while crossing tracks. All these deaths happen because while the city and its population have expanded, the suburban rail services have not. The Elphinstone Bridge tragedy took place for the same reason: the bridge was too narrow for the number of people who use it now, and has been so for years.

The General Managers of both railways live in large bungalows in the best parts of Mumbai. The chairman and other members of the Railway Board live in Delhi, presumably in some comfort too. No one would grudge them that if only they would occasionally step out of their cocooned lives and see what ordinary Mumbai commuters—7.6 million of them—go through every day. If travelling in peak hour is too much for these officers to endure, they could just look at photographs. Or look at figures of installed capacity and actual usage. Having done that, they could try and address the situation. The fact that they didn’t do anything at all, that no railway minister has acted on this for years—whatever the colour of his politics—tells us that no one really gives a damn. (The last minister’s solution to the problem was for the city to stagger its working hours).

From the little bits of news trickling out after the tragedy, it seems that the grandly named General Managers, in their even grander bungalows, have no authority to sanction money for things like maintenance or widening of bridges. They have to go to the Railway Board for sanctions. Perhaps the Board then has to go to the minister. If that’s the case, no one has thought of changing the system. People like to cling to power, especially the power to sanction money. Will things change now? Will more authority be given to regional heads to do what’s needed?

And if it is, will they use that authority and act? Commuters’ organisations and even ordinary commuters have been petitioning the railways about things like the narrowness of Elphinstone’s FOB for years; Suresh Prabhu has even claimed that money was sanctioned for its widening two years ago. The tender for the contract was floated on September 29th. Some sense of irony.

Will anything change? The new rail minister seems to mean business: if he does, he will realise that the time for tinkering has long past gone. The suburban rail service needs to be, first, quickly improved and maintained, and second, expanded, whatever the cost. If money is a problem, in Japan we have a new-found friend. Surely, we can get a loan for these essential services, virtually interest free, as we did for the Bullet Train? Or can’t we?