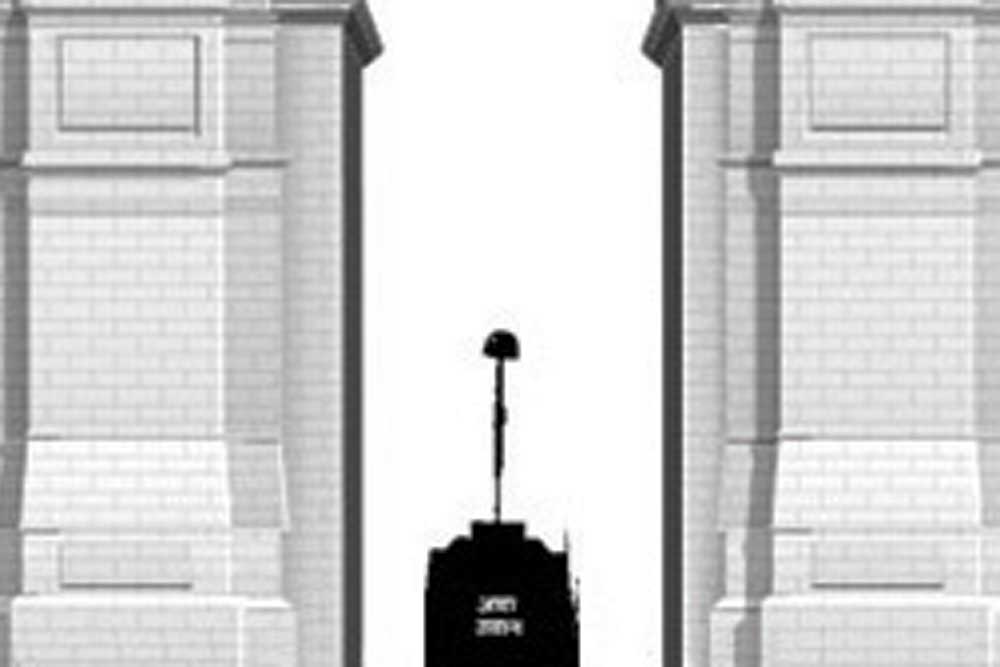 THIS YEAR’S Khushwant Singh Literary Festival (KLF) in Kasauli turned out to be an unusually low-key affair. It wasn’t intended to be so. Like every year, this October, too, the laidback cantonment, which still presents a picture of civic orderliness, was expected to spring to life with celebrities from the world of literature, arts and cinema, talking books and everything else, interspersed with long breaks for convivial eating and drinking. You wouldn’t grudge them that; the Kasauli weather is a catalyst for merry-making.

Several big guns were supposed to boom this year. Arun Shourie was to kick off the proceedings. In his present state of mind, the chosen topic, ‘How to recognise rulers for what they are’, promised ample opportunity to unleash lethal one-liners and other quips aimed at you-know-who. Shatrughan Sinha, a political soulmate, too, was listed. Actor Anupam Kher; the yesteryears’ Bollywood oomph girl Asha Parekh, who has co-written an autobiography; journalist Sagarika Ghosh, whose book on Indira Gandhi has got mixed reviews; the London-based Farrukh Dhondy; and the irrepressible Mani Shankar Aiyar were among the speakers. Of course, this is not to exclude the former diplomat TCA Rangachari, whose book on our tortuous ties with Pakistan was to be the backdrop for a discussion with KC Singh, a former diplomat and columnist.

But on the eve of the festival, the high spirits were somewhat dampened when its big media sponsor withdrew support. The reason was not hard to fathom, though officially none was cited. Rahul Singh, son of the late editor-iconoclast Khushwant Singh, and chief KLF organiser, was now in a funk. Hard put to meet expenses, he passed the hat around to rustle up funds. Help came from friends and well-wishers, including locals such as Jagmohan Luthra, who probably owns the most elegant cottage in Kasauli, chipping in handsomely with money and hospitality.

However, thanks to the media house turning chicken, we failed to learn about the great pearls of wisdom that Shourie had unleashed at the festival, though we can well speculate what he might have said. Next time, probably, KLF will invite someone to speak on: ‘How to recognise crusaders for what they are.’ Amen.

KASHMIR HAS dominated the public discourse for as long as we can recall, only receding from the front pages in all-too-brief interludes. Yet, there is so little interest even among those sections which ought to be conversant with its intricacies, given the various turns and twists in its post-Independence history, that even when an authoritative book, painstakingly researched and put together by an expert, is released, there is not much enthusiasm to partake in the proceedings.

There is a general aversion to all things intellectual, even at the capital’s so-called intellectual hub, the India International Centre. The other day, only those personally known to the author turned up for the release of a new edition of former Jammu & Kashmir Governor Jagmohan’s My Frozen Turbulence In Kashmir. Most people who regularly write and talk about Kashmir were absent.

The book is a labour of love—nay, passion—by the much-decorated administrator, who despite his advanced years, still spends eight hours daily in the IIC library, noting every development in the troubled Valley and analysing it—no doubt for updating the 13th edition of The Frozen Turbulence. Anyone remotely interested in knowing the genesis of Article 370, for example, and how to surmount the hurdle ought to read chapter six. Jagmohan’s prose might be tedious, but his research is meticulous and conclusions flawless.

THE OTHER evening, flipping channels, I found the Minister of State for External Affairs MJ Akbar on primetime BBC. Suddenly, the interviewer Tim Wilcox asked, “How do you view the Rohingya, as a Muslim?” Without batting an eyelid, Akbar hit back, “I don’t view them as a Muslim or a Hindu, I see them as an Indian.” You should have seen Willcox’s face; he looked put down, and deservedly so. A moment later, he sought to come back, this time asking Akbar to comment on the Burmese leader Aung San Suu Kyi’s handling of the Rohingya. Again, Akbar ticked Willcox off, saying he cannot comment on the conduct of a leader of a sovereign nation. Well done, MJ. Keep it up.