The forgotten third chamber of Parliament

It was a ‘never before, never since’ Assembly in world history 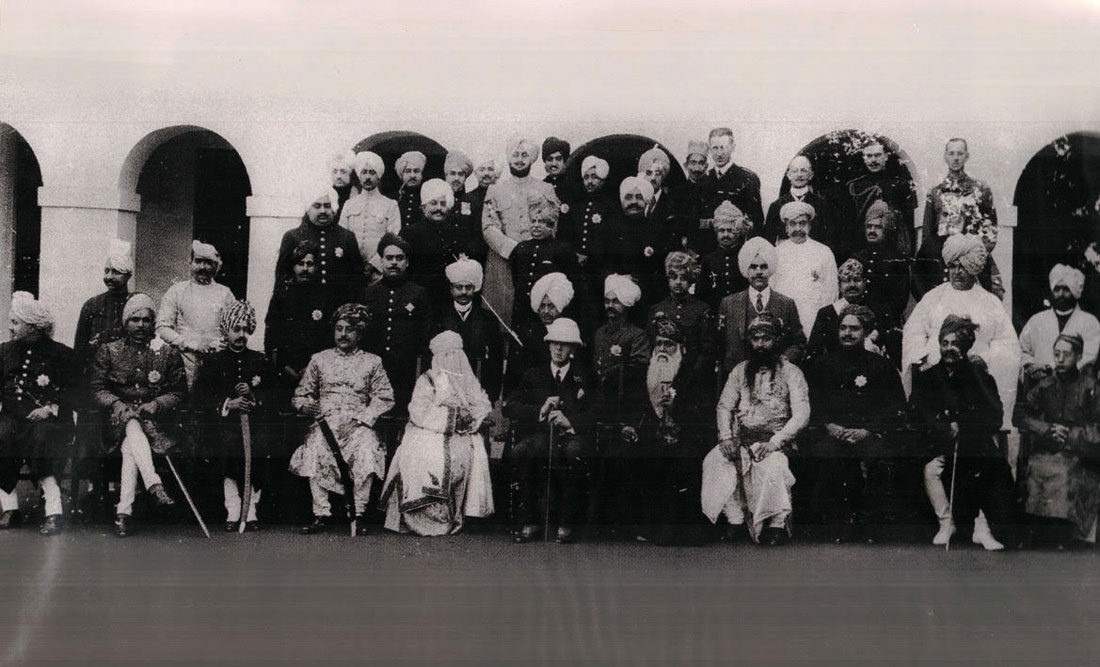 Lit up for the celebrations around Independence Day, the two Houses of our Parliament look resplendent. Most people can recognise the Central Legislative Assembly, nowthe Lok Sabha, and the Council of States, theRajya Sabha. Alas,few remember that there was a third chamber—‘The Chamber of Princes’—between 1921 and 1947. India seems to have erased it from memory.

Inaugurated in 1921, it was a ‘never before, never since’ Assembly in world history. Its mandate was to deliberate on issues that would advance the common interests of both Princely and British India. The Chamber had an advisory and consultative role. It was represented by 120 princes out of 565 in all.

It was led by a Chancellor, necessarily a member prince. In all its years of existence, only the rulers of Bikaner, Patiala, Nawanagar and Bhopal were chosen as chancellors of the Chamber of Princes.
None amongst them had the international recognition, contacts, presence, charisma and flamboyance of Maharaja Bhupinder Singh of Patiala. He, in particular, drew the smaller states into the working of the Chamber of Princes. Unfortunately, his declining health robbed India of his presence when our Constitution and federalism were being debated on the eve of Independence. Had he lived to a natural age, India’s federalism could well have assumed a very different form.

The British Indian Empire was not entirely and directly governed by the British; it was divided into two prominent parts—British India and Princely India. The latter covered about one-third of the subcontinent, pre-Partition. It was administered by princes and chiefs.


The sessions of the powerful Standing Committee deliberated on the contentious subjects of post and telegraph, aviation, dams, civil unrest, extradition of criminals vis-à-visBritish India, as well as internal disputes like boundaries between the states.Big or small, all states had the same vote.

Princely India sent their representative to meetings of the Imperial War Council and the League of Nations. Maharaja Bhupinder Singh of Patiala attended both and was also at the Round Table Conference of 1930.

The Chancellorship of Bhupinder Singh was co-terminus with a most significant time. The freedom movement had gained tremendous steam after the First World War. Perhaps to nip any true federation of princes in the bud, the Viceroy constituted the Indian States Enquiry Committee led by Sir Harcourt Butler in 1927. It examinedthe rights of princely states over railways, coinage, mines and telegraph, and rejected most of them.Bhupinder Singh fought like a tiger but the largest states were aloof and the Nizam and other 21-gun salute states never joined the common cause.

The committee set the matter in writing that whilst the Indian States have a direct relationship with the Crown, paramountcy should remain as paramount. This became the seed of the demise of princely India.

This report was submitted in 1929, and the Viceroy announced the commencement of a Round Table Conference in London, in which the members of the Chamber participated.Bhupinder Singh was there in his capacity as Chancellor.

Talk of a united India in the form of a federation, including British Indian Provinces and the states that emerged in 1930, and continued till 1943 and beyond.

Representatives of the Chamber of Princes at the Round Table Conference in London indicated an All-India Federation alongwith the states.

Bhupinder Singh’s health steadily declined from 1935 till his untimely end in 1938. The fate of Princely India got sealed with this tragic blow. Then came the Second World War and Quit India Movement. Everyone sensed that matters would culminate after the conclusion of the war.

Indeed, the cabinet mission was announced. Pethick-Lawrence, the Secretary of State, declared in the House of Lords on February 19th, 1946 that, after fruitful discussions with the leaders of India, the British had taken the decision with His Majesty’s approval to send to India a special mission of three cabinet ministers; they were to act in association withthe Viceroy. They were also to discuss proposals with political leaders to work out a solution for the several issues at hand. Pethick-Lawrence, Secretary of State for India, Sir Richard Stafford Cripps, President of the Board of Trade and AV Alexander,First Earl Alexander of Hillsborough, the First Lord of Admiralty were appointed the members of the proposed cabinet mission.

The Chamber of Princes’ annual session was held on 17th-18thJanuary, 1946. It was chaired by Viceroy Wavell. The princes were assured by the Viceroy that no changes in their relations with the Crown would occur without their consent. He also assured them that the rights, once guaranteed to them by treaties and engagements, would also not bealtered without their willingness and consent.

He also said that he was confident that the states would be permitted to take active part in the discussions in the Constitution-making body. In the case of smaller states, the Viceroy suggested they pool their resources; he also advised them to form political entities of bigger sizes.

The princes passed unanimously a resolution which read:‘The Chamber of Princes desires to reiterate that the Indian States fully share the general desire in the country for the immediate attainment by India of her full stature and will make every possible contribution towards the settlement of the Indian constitutional problem.’

The Chancellor, the Nawab of Bhopal, made it clear that the states wished to retain the maximum degree of sovereignty and that a formation of a Confederation of States if the rulers so wanted could be envisaged; and that there should be no intervention intheir internal affairs by the British authorities and administration.

The idea of the confederation seemed a novel idea toPethick-Lawrence but Stafford Cripps deemed it unviable for geopolitical reasons.

The Mission assured the princes thattheir representatives would be consulted again before the future set-up ofIndia was finalised.

Of course, none of this was to ever see realisation and the British indeed devolved paramountcy to the newly-created states of India and Pakistan. In the end, all talks of a Rajasthan (A federation of princely states) and Stateistan came to nought because the British made it clear that the fully independent states of India and Pakistan would assume paramountcy, and thereafter, the British had no role to play if the states found themselves isolated, emasculated or threatened.

The various states as groups—Rajputana, Deccan, Bombay, Punjab—joined the Constituent Assembly and merged through accession to Pakistan or India.
When the last deliberations happened in 1947, Maharaja Yadavindra Singh of Patiala was Pro Chancellor of the Chamber. At a special session he said “After centuries, time has come when India has gained independence from foreign rule and it’s the time when we all should unite for our motherland.”
The Chamber lasted for 26 years.

The hall is now used as a reading room for Members of Parliament in Parliament House.

The forgotten third chamber of Parliament