At the World Hindu Congress 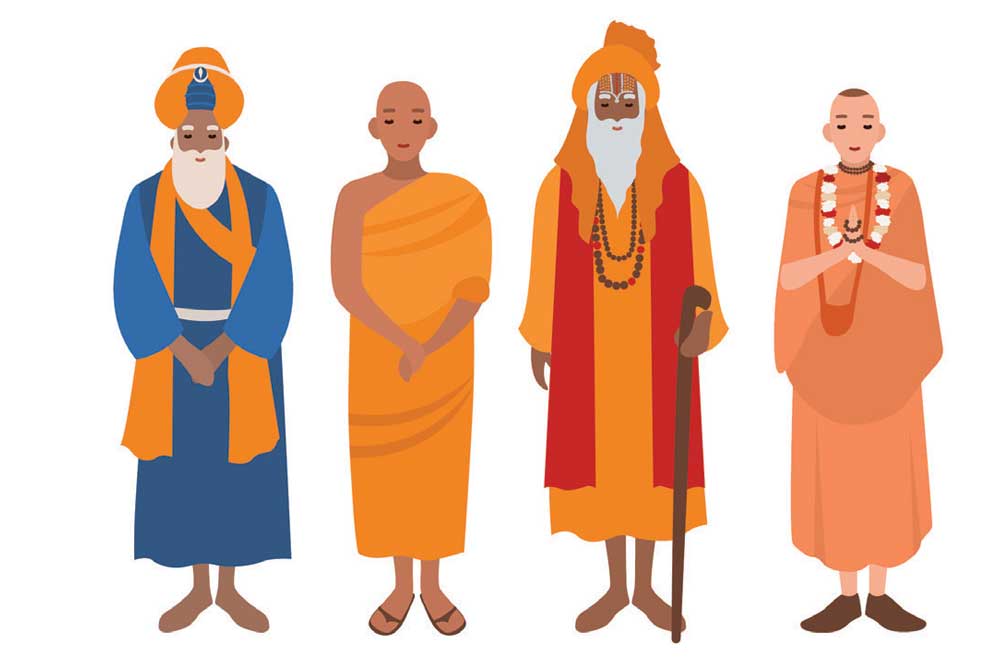 September 6th. I have a French passport and an electronic visa. But at Chicago’s O’Hare airport, one always experiences a twinge of apprehension as one goes through the relentless and ruthless immigration process. My brother, who is a top-shot lawyer in Paris, was once detained for nine hours for no other reason than his name was similar to another on a ‘black list’.

Yeah, I am through! I have been to Chicago before, and it’s one of the few American cities I like, along with Boston and Washington (New York is just a concrete jungle). The World Hindu Conference 2018 is not being held in downtown Chicago, however, but in one of its suburbs.

As one of the few Western journalists to have defended Hindus, I know how difficult it is to get them together in one place. But hundreds of Hindus are already swarming the hotel lobby, and they keep coming. By the time the conference starts, there will be 3,600 of them from as many as 35 countries. Credit is due to the brain behind this gathering, last held in Delhi back in 2014: Swami Vigyananand.

I am exhausted. By 8 pm, I have my dinner alone in the hotel restaurant, skipping the vegetarian Indian meal being served to delegates. God, portions are so huge in the States—my fish and chips would feed three in India! On to bed and immediate sleep, though with my jet lag, I wake up at 1.30 am.

September 7th. One thing about Hindus: they are noisy. As I go down for breakfast, the hall is jam-packed with them, one speaking more excitedly than the other. Celebrities are everywhere: Rajiv Malhotra, Mohandas Pai, David Frawley, Koenraad Elst. But also an incredible diversity of people: sadhus in red, Sikhs with turbans, Hindus of African origin, Jains in white, Buddhists even.

The breakfast buffet is lined up along a corridor: idlis, dosas, puris. In true Hindu fashion, the entire corridor is soon littered with paper napkins, spoons and also morsels of food. Eventually, the food stalls are shifted outside.

At 9.30 pm sharp, the conference starts. A huge banner above the stage sets the tone: ‘Sumantrite Suvikrante: Think Collectively, Achieve Valiantly.’ A little bit of disappointment awaits us. We were expecting the Dalai Lama, but he declined because of ill health. Sri Sri Ravi Shankar excused himself too, as he has been hopping like mad between six continents and is busy trying to solve the Ayodhya tangle. But the biggest absentee is Tulsi Gabbard, an American Congresswoman representing Hawaii who embraced Hinduism as a teenager. As usual, we see the all-pervasive influence of mainstream media, although it is often said to be on the decline. A few negative articles in the Indian and US press, a few fringe groups in the US protesting this conference for promoting ‘Hindu right wing fanaticism’, and it was enough for Gabbard to cancel her appearance. Pity, for I was looking forward to meeting her.

The opening speech is thus given by RSS chief Mohan Bhagwat. When I was a young journalist, I had heard all kinds of horror stories about the RSS. In the early 90s, I sought an interview with its then head, KS Sudarshan. I was surprised to meet a mild-mannered gentleman, who spoke very moderately and said things that made sense and conformed with my experience of Hinduism being the most tolerant belief system in the world. In the coming years, I realised that the RSS is full of fuddy-duddies in oversize brown shorts and young volunteers who think that seva (service) is their most important duty. Mohan Bhagwat, whom I have met a few times, is no different. A shrewd and intuitive mind, he gave a speech along similar lines. The more fiery one is by the actor Anupam Kher, a Kashmiri Pandit who witnessed the exodus of his people from the Valley of Kashmir in terror. He is wildly cheered.

My experience of such conferences is that there is a lot of sound and patting each other on the back, but in the end little remains except selfies. Oh, speaking of which, I don’t think I have ever had so many taken in my entire life. I could not take a step without someone saying, “Françoisji, it’s an honour to meet you, can we have a selfie?” Of course I am honoured to be known among Hindus for my work, but after three days and 500 selfies, I had lost my enthusiasm.

September 8th. Having heard so much about Vivek Agnihotri, particularly his crusade against Bollywood and Urban Naxals, I have to go listen to him speak. I am not disappointed: the fiery writer who penned the bestseller Urban Naxals starts by introducing himself as a filmmaker who got disgusted with the Hinduphobia of Bollywood and became a storyteller. He openly boasts that ‘I belong to world’s longest, oldest, most liberal, most progressive, most logical, most scientific civilisation called Indian civilisation, more precisely Hindu civilization’. The tone is set for the day.

I move from one hall to another to listen to another person I admire: TV Mohandas Pai, former chief financial officer of Infosys, a top angel investor and one of India’s few billionaires unafraid to flaunt a Hindu identity. For once, we hear a positive speech on India’s growth as Pai emphasises that India is the world’s fastest-growing large economy. He lines up statistics to highlight the country’s progress: 480 million people now have access to the internet, Aadhaar cards have transformed India, it takes 30 seconds to transfer money, new startups are created every hour, and India has the fastest-growing mobile network. Pai ends his speech by asking NRIs to invest their money and passion in India.

There are many other sessions going on simultaneously: on women, youth, media, Hindu identity and so on. I am fortunate to be in the same conference as Amish Tripathi. I have read and loved his trilogy on Shiva; it’s the first time an Indian writer in the English language has actually used the Hindu ethos and become a bestseller. Amish is a young and pleasant man who does not play the star and speaks eloquently about his Hindu roots to a packed audience. When my turn comes, I talk about my books on Hindus and Hindu History. I have just published in France A New History of India, which got good reviews and is doing well. In fact, French researchers and Indologists are already using it, as Indian History has rested so far on antiquated data and notions, such as the Aryan Invasion Theory from which even Romila Thapar has distanced herself. But in India, I have trouble finding a publisher. Nobody dares touch Indian History and its sacred horses, which have been long discredited. Even HarperCollins, which published one of my earlier books, refused it after having it submitted to one of its inhouse ‘historians’.

September 9th. One wishes that this conference would get on with an action plan to unite all Hindu groups under one banner. In the US, for instance, there are hundreds of Hindu groups, Tamil organisations, Maharashtra mandals, doctors’ associations, etcetera. But they are all hopelessly divided and nobody is fighting for a resurgent Hindu ethos. The Hindu political lobby in the US could be as influential as the Jewish one, as most Hindus are doing very well and many hold key positions in large corporations, but they seem more interested in promoting a leftist agenda than supporting their own country that gave them an education that was low-cost and often free. Sad. So more speeches, including by Vice-President M Venkaiah Naidu, the only BJP leader who has dared show his or her face at the conference; and by 1 pm, all delegates and speakers start to leave and go back to their respective states and countries.

By night time, there are only a few of us left. Some of us, including Mohandas Pai, Vivek Agnihotri, Sree Iyer of PGurus and Swarajya Editorial Director R Jagannathan head to a Chinese restaurant to talk about ways to promote and defend the wonderful people who believe that God has taken birth since the beginning of Earth with many names, and that there are many scriptures, and that it’s important to respect all these religions.

September 10th. Goodbye America. The next World Hindu Congress will be held in Bangkok, an appropriate venue since Hindu culture and spirituality, contrary to Islam and Christianity, never had to use an army to conquer any nation’s heart, and went peacefully eastwards to Laos, Cambodia and Thailand.