Between Jihadism and Islamophobia 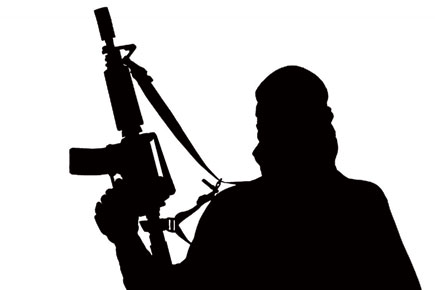 The jihadi attack at the Basilica of Notre-Dame in the southern French area of Nice, which killed three people including a 60-year-old woman (who was almost decapitated), sent a new spell of shockwaves across the world. This was the second attack in less than two weeks after the murder of a teacher, Samuel Paty, by a Chechen migrant near Paris. The day chosen for the second attack (October 29th) marked the birthday of Prophet Mohammed (Mawlid al-Nabi al-Sharif). The French officials confirmed that the killer—who was not known to them before—is a 21-year-old Tunisian who entered France through Italy in September with an Italian Red Cross document. President Emmanuel Macron said that France was attacked by ‘Islamic terrorists’ even as the country was about to go for another lockdown due to a surge in pandemic cases. The French Muslim Council condemned the attack and called on Muslims to cancel their Mawlid celebrations as a sign of mourning and solidarity with the victims. However, the responses from the Muslim world remain ambiguous!

There were terrorist attacks in the French Riviera city even before, and some of them coincided with a major religious or national holiday. For instance, Nice, which is a holiday hub, witnessed attacks by Islamic jihadis in July 2016 when thousands gathered to watch celebrations of Bastille Day—France’s national holiday. Nearly 86 people were killed and as many as 400 got injured when a Tunisian national drove a truck through a crowd watching fireworks. The city was already known as a breeding spot for Islamists. The French security had foiled a bomb plot in 2014 during the carnival in Nice. In the same year, a group of people from a family in Nice was reported to have left for Syria, apparently to join the Islamic State. At that time, there was also a report that Omar Diaby, one of the prominent Islamic militants, was instrumental in recruiting several French citizens to the jihadi cause.

Many suspect if Tunisia is still harbouring Islamic terrorists. It was perhaps the only country in the ‘Arab Spring’ to make a transition to democracy. But the country, a major base of foreign fighters, began to face a crisis with many fighters getting back and others making their way into Europe. An account says that the Tunisians had constituted one of the largest contingents of foreign fighters for Islamic State, and though many died in wars in Syria and Iraq, some returned home and were imprisoned. Others somehow reached Europe. Being aware of the implications of the rising tide of jihadis and the setbacks caused to its economy and society, the Tunisian government brought in a new anti-terrorism law, and significantly destroyed the jihadi networks in the country through mass arrests and clampdown. Yet many feared, and warned, that diminishing jihadi networks in the country may not ensure that the European terror threat from Tunisians would be diminished.

The jihadi killings in Nice came in the wake of a series of measures put in place by the French government after the murder of Paty two weeks ago, which obviously enraged Muslims in the country and abroad, including politicians and officials of countries like Turkey, Pakistan, Indonesia and Malaysia. There were also massive protests in many Muslim countries. President of Turkey Recep Tayyip Erdoğan, Pakistan Prime Minister Imran Khan, former prime minister of Malaysia Mahathir Mohamad and others came down heavily against Macron. Palestinians observed a ”day of rage” against France. Countries from Qatar to Bangladesh witnessed protests and calls for boycott of French products. Erdoğan crossed swords with Macron bordering on personal attacks. In support to Erdoğan’s campaign, Imran Khan said that Macron chose “to encourage Islamophobia by attacking Islam rather than the terrorists.” Mahathir Mohamad ran into trouble with his tweet that read: ‘Muslims have a right to be angry and to kill millions of French people for the massacres of the past.’ But sensing the implications, Mahathir softened his stance saying that his full statement was left out by the media. He also said that his plea for France to show respect to the people’s beliefs was also left aside in the rush to attack him. The foreign ministry of Indonesia condemned the statements made by Macron “that are disrespectful towards Islam” and “offended over two billion Muslims globally and has sparked division among different faiths in the world.” It may appear intriguing that in all such statements and responses, the implicit assumption goes to the level that the basic problem is with Macron, not with the pattern of violence let loose by the jihadis!

Meanwhile, Erdoğan unleashed a scathing campaign against France which triggered a new geopolitical wrangle as well as trade strains. Though allies under the NATO, Turkish-French relations were already strained over several issues, including the civil wars in Libya and Syria, and the continuing conflict between Armenia and Azerbaijan over disputed Nagorno-Karabakh. But Erdoğan’s call for the boycott of French goods from its markets seemed to have backfired when Saudi Arabia began a countercampaign to replace Turkish products with Greek ones. Reports indicated that many supermarket chains in Saudi Arabia have already substituted various Turkish products with products from Greece with a view to supporting Athens in its long fight against Ankara over the maritime issues in East Mediterranean. The Greek businessmen are alerted about the boycott of Turkish products in the Gulf region, which might help the Greek economy to find new opportunities. Already, some of the major grocery chains in Saudi Arabia announced that they’d stop importing items from Turkey. Saudi Arabia is the largest economy in the Gulf with vibrant commercial transactions with other countries in the region. Its relations with Turkey were already strained, and got worsened after the murder of a Washington Post columnist Jamal Khashoggi in Turkey, who was a critic of the Saudi leadership.

Meanwhile, there were strong criticisms that the Turkish president, who became enthusiastic in championing the cause of Muslims in France, has always been ruthless towards his own Kurds—an ethnic minority of Turkish Muslims living within and abroad. Last year, Erdoğan had even warned that he would be ready to send troops into northeastern Syria against the Kurdish people who he believed having links with the Kurdistan Workers Party (PKK), which he called as a ‘terrorist’ organisation. Erdoğan was well aware of the fact that the Kurdish fighters in northern Syria were serving as a crucial US ally in the fight against the Islamic State. There are more than 30 million Kurds living across the region, with about half of them in Turkey under the constant pressures and persecution of the Ankara regime. Erdoğan knew that France would remain a dependable ally for the Kurds in one way or another. He remembers Macron’s statement last year expressing the latter’s ‘deep regret’ with the US announcement of a troop withdrawal from Syria where they were backing the Kurds in the fight against the Islamic State. It was only recently that the Turkish Foreign Ministry criticised France for a textbook intended for use in high schools that included information on Kurdish groups which it considers harbouring separatist ideology of ‘terror groups’.

Admittedly, in many Islamist terror attacks in France and other countries in Europe, the Muslim migrants or refugees were involved. This was pointed out by Macron in early October when he indicated that his government was planning a series of measures to stem the tide of jihadi Islam in France. Samuel Paty’s murder came in the wake of some developments related to a classroom discussion on the freedom of expression and the controversy surrounding the publication of cartoons of Prophet Mohammed by the satirical magazine Charlie Hebdo.  There were some other incidents too before the murder—a Pakistani attack on some people over the Charlie Hebdo cartoons in the background of the trial of suspected accomplices of the 2015 terror strikes which took seventeen lives. Since then, more than 250 people were reportedly killed in the country in one or the other incident associated with jihadi attacks. Meanwhile, Al-Qaeda continued to issue threats to the French government on issues related to cartoons.

Macron’s statements on the threat of Islamist militants must be viewed in this background, more than a mere reflection of Islamophobia. The actions he proposed to take included putting curbs on home-schooling and scrutiny of religious schools. The government also plans to stop the practice of bringing foreign Imams to work in France, and thereby, envisaged a new system of training and certification for Imams. Macron also pointed out that the failure to integrate immigrant populations and their descendants has led to growing inequality in France which helped radicalise some young French, especially of North African origin. France has the largest number of Muslims (5.7 million) in the European Union. Of the 67 million population of France, Muslims constitute the second largest community after Catholics. 5.7 million Muslims of France have different lineages—a significant number of them are from North Africa (Algeria, Morocco and Tunisia, known as the Maghreb). Muslim migration to France took place in the wake of the anti-colonial struggle (1954–62). Many of them were recruited for labour and other low-paying jobs.

The problem of Muslim cultural integration, which Macron referred to, shot into the limelight when a report documented that the majority of inmates in the French prisons were Muslims—who were mostly unemployed and living in the most poverty-stricken suburbs. They were largely the second-generation immigrants of Arab origin who reached France in challenging financial circumstances. Having been frustrated by their living conditions, they often indulged in crimes and other activities. Studies say that the persistent alienation and disillusionment emerging from their socio-economic handicaps led to mounting rate of crimes. Naturally, a section of the young generation of Muslims get attracted to Jihadi movements of different types. Though a small minority they are, the propaganda and activities unleashed by them led to growing suspicion and surveillance across wider sections of the society. With the attack at the Basilica of Notre-Dame, the inter-religious and inter-communal relations are likely to enter a new stage in the social dynamics of the French polity.

Going beyond a ‘Halal Cut’

Between Jihadism and Islamophobia