Encounters with the many manifestations of Shiva 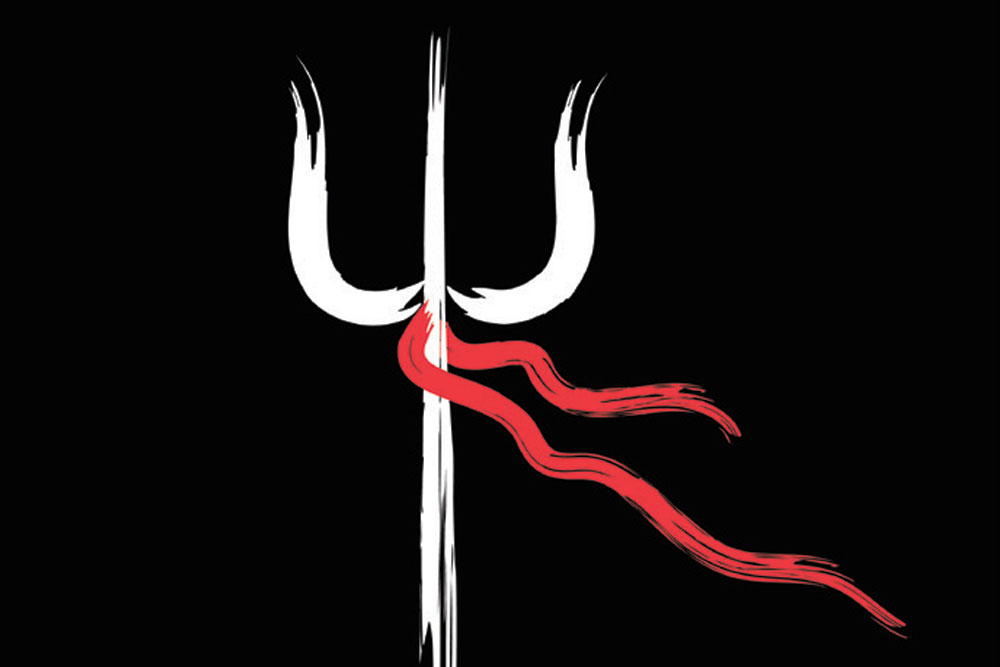 “O sages! The total number of all Shiva’s lingams cannot be enumerated. Everything on earth is full of lingams. Everything in the universe is full of lingams. All the tirthas are full of lingams. Everything is established on lingams. Since they have no number, I will speak about a few. Everything that is seen, can be seen, described, or remembered, is Shiva’s form. Nothing exists without him. Shambhu is worshipped everywhere by devas, asuras and humans, in patala, in heaven and on earth. To show his favour to the worlds, in the form of lingams, Shambhu pervades everything in the three worlds, along with devas, asuras and humans. For the welfare of the worlds, Maheshvara assumes lingams in various tirthas and in other places. Wherever Shambhu’s devotees remember him with devotion, he assumes an avatara there. Having performed the task, he remains established there. To do a good turn to the worlds, he devises his own lingams. If one worships those lingams, one attains siddhi. No number can be attached to the number of lingams on earth. Hence, I will speak about the major ones. Even among the major ones, I will speak about those that are most important.”

“I will now speak about the major jyotirlingams. As soon as one hears about them, all sins are dispelled. The names of the twelve are Somanatha in Sourashtra, Mallikarjuna in Shrishaila, Mahakala in Ujjaini, Parameshvara in Omkara, Kedara on the slopes of the Himalayas, Bhimashankara in Dakini, Vishvesha in Varanasi, Tryambaka on the banks of Goutami, Vaidyanatha in the cremation ground, Nagesha in Darukavana, Ramesha in Setubandha and Ghushmesha in Shivalaya. (This is a restatement of the shloka naming the twelve jyotirlingams, with minor variations in the words used.) If they are worshipped, miseries are destroyed in this world, for all varnas. Emancipation in the world hereafter is certain.” Most people are aware of these jyotirlingams. But they may not be aware of the upalingams (subsidiary or minor lingams) around these jyotirlingams.

“Kashi is on the banks of the Ganga and is famous because it bestows emancipation. It is known to be full of lingams. It is said to be the place where Shiva resides. The major lingam there is said to be Avimuktaka. (The Avimukteshvara lingam is inside the Kashi Vishvanatha temple.) Krittivasheshvara is simultaneously in the form of an aged man and a young boy. (This is near the Kashi Vishvanatha temple.) Tilabhandeshvara is in Dashashvamedha. (The present Tilabhandheshvara temple is tola in Bengali.) Sangamesha is said to be at the confluence of Ganga with the ocean. (Ocean should not be interpreted literally. It probably means the Varuna river, which is where the Sangameshvara temple is now, at the confluence of the rivers Ganga and Varuna.) The one known as Bhuteshvara always bestows everything on devotees. The one known as Narishvara is near the Koushiki river. (It is possible that this is a reference to the Arddha-Narishvara temple in Guptkashi.) Batukeshvara is on the banks of Gandaki. On the banks of the Phalgu river, Pureshvara is famous and bestows happiness. When men see Siddhanatheshvara, they obtain siddhi. The one known as Dureshvara is to the north of Pattana. The ones known as Shringeshvara and Vaidyanatha are also famous. The one known as Japyeshvara is at the place where Dadhichi fought. Gopeshvara, Rangeshvara, Vameshvara, Nagesha, Kamesha, Vimaleshvara, Vyaseshvara, Sukesha, Bhandeshvara, Humkaresha, Surochana, Bhuteshvara and Sangamesha are also said to be famous as the destroyers of great sins. Kumareshvara is on the banks of Taptaka. (The river Tapi or Tapati.) Siddheshvara and Senesha are mentioned as being famous. Rameshvara, Kumbhesha, Nandishvara, Punjesha and Purnaka, in the region around the river Purna, are all famous. In ancient times, Brahmeshvara was instated by Brahma in Prayaga at the tirtha known as Dashashvamedha. As fruits, it bestows the four objectives of human existence (dharma, artha, kama and moksha). In that way, Someshvara, which is also there, wards off all adversities. Bharadvajeshvara enhances the energy of the brahman. Shulatankeshvara directly grants whatever is desired. Madhavesha is also there and protects devotees. The one as Nagesha is famous and is in the city of Saketa (Ayodhya). It specially bestows happiness on those born in surya vamsha. Bhuvanesha is extremely famous and is in the city of Purushottama (Puri). The great lingam of Lokesha bestows happiness on everyone. Kameshvara is Shambhu’s lingam and Gangesha brings great purity. Shakreshvara and Shukrasiddha are there to bring welfare to the worlds. Vateshvara is famous and as fruit, yields everything wished for. Kapalesha is on the shores of the ocean and Vakresha destroys all sins. Dhoutapapeshvara is directly Parameshvara’s portion. Bhimeshvara and Suryeshvara are also mentioned. Nandeshvara is known to bestow jnana and is worshipped by the worlds. Nakeshvara is extremely sacred and Rameshvara is also said to be like that. Vimaleshvara is also named Kantakeshvara. Dhartukesha is at the confluence of the river Purna with the ocean. As a fruit, Chandreshvara is known to bestow a radiance like that of the moon. Siddheshvara is said to grant every kind of wish. Bilveshvara is famous. So is Andhakesha, the place where, in ancient times, Shankara killed the daitya Andhaka. Shambhu assumed his own portion and is famous as Saraneshvara, always bestowing happiness on the worlds. Kardamesha is spoken of as supreme. Kotisha is on Mount Arbuda (Mount Abu). Achalesha is famous and always bestows happiness on people (This is also on Mount Abu). Nageshvara is always stationed on the banks of the Koushiki river. The one known as Ananteshvara is a store of welfare and auspiciousness. Yogeshvara and Vaidyanatheshvara are famous. Kotishvara and Sapteshvara are also spoken of as famous. Since the one named Bhadra is Hara himself, Bhadreshvara is famous. Chandishvara and Sangameshvara are also spoken about.” I started with the twelve jyotirlingams. I wonder how many people know about all these lingams.

“Mattagajendraka lingam is in Chitrakuta, in Brahmapuri. (There is a Brahmapuri in Maharashtra, but that’s not in Chitrakuta.) Earlier, it was established by Brahma and grants everything desired and prosperity. To the wast of this is the lingam of Kotisha, which grants every kind of boon. The lingam named Pashupati is to the west of Godavari. To bring welfare to the worlds and to bring happiness to Anasuya, the divinity manifested himself in the southern direction as Atrishvara. He revived those who were suffering from drought. He is Shankara’s portion himself.” Naturally, the sages wanted to hear the story, and so do we.

“In the southern direction, there is the great forest named Kamada. (The Kamada Nathaji hill in Chitrakuta. Kamada means one who grants desires.) It is near Chitrakuta and brings welfare to the virtuous who are engaged in austerities. Along with Anasuya (Atri’s wife), the rishi named Atri, Brahma’s son, himself performed difficult austerities there. Earlier, on a certain occasion, there was a drought. It occurred by chance and lasted for one hundred years. It was terrible and brought misery to living beings. All the trees, sprouts and fruits dried up. One couldn’t see any place from which water might be brought. In the absence of moisture, harsh winds blew in the ten directions. This caused miseries and there were great lamentations on earth. Atri’s beloved wife saw that living beings were being destroyed. The virtuous lady spoke to Atri. “I cannot tolerate this grief.” At this, the supreme sage performed pranayama thrice and seated in an asana, immersed himself in samadhi. Atri, the supreme sage, possessed jnana. He meditated on the supreme refulgence that was within his atman, that is, Shankara, who is without aberrations.” While Atri was thus engaged, Anasuya engaged in her own austerities, and I will tell you about that in the next column.