What if he had lived to get that second term in office? 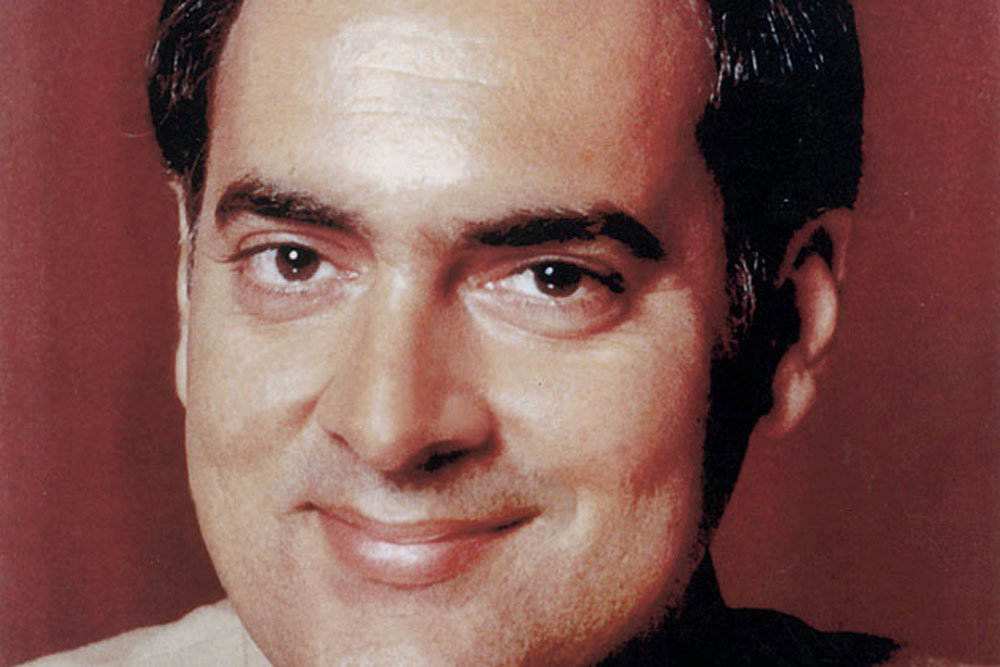 It was well past midnight in Dhaka when a colleague woke me up to let me know that Rajiv Gandhi had been assassinated a few hours earlier. Suddenly images of the past, of Sanjay Gandhi perishing in a flying accident, of Indira Gandhi murdered by her bodyguards, of the very young Rahul Gandhi holding on to Rajiv Gandhi as they watched Indira Gandhi being cremated flashed in the mind.

I knew I would not sleep for the remains of the night and already in the mind the phrases that I would use in the editorial for the Morning Sun, the newspaper I was working for, were beginning to work themselves into a pattern. It was an eerie journey back in time, when with the arrival of news on a late October day in 1984 that Indira Gandhi had been assassinated, my superiors at the New Nation newspaper instructed me to prepare a quick editorial on her. And here I was, nearly seven years later, preparing to write on one more of the Gandhi family.

Some days ago, when the anniversary of Rajiv Gandhi’s death came and went, I thought it would be proper for me, as a Bangladeshi, to jot down my sentiments about him. It is the handsome, radiant smiling face of a young leader, suddenly thrust into high office, I have always remembered. Sometime in mid-1985, when a deadly cyclonic storm hit Urir Char in Bangladesh, Prime Minister Rajiv Gandhi rushed to offer his sympathies to Bangladesh’s people.

He flew from Dhaka airport straight to Urir Char by helicopter, observed the devastation and came back to Dhaka before the end of the day. He would in minutes take off for New Delhi. At that point, a Bangladeshi journalist asked him about his impressions of Bangladesh now that he was in the country. Rajiv Gandhi quipped that he had only been to Urir Char, had not seen Bangladesh and as such had no comments on offer. Flashing a polite smile, he flew back to India.

We recalled the times when Gulzarilal Nanda, in 1964 and again in 1966, was called upon to officiate as acting prime minister after the passing of Jawaharlal Nehru and Lal Bahadur Shastri. But that did not happen in October 1984. Mukherjee was ignored and, to our surprise, a young, perhaps even callow Rajiv Gandhi was flown back to Delhi from Calcutta, where he had been touring, to be sworn in as his mother’s successor. I was a trifle disappointed, not because Rajiv had taken over but because it was a sign that a political dynasty was being given official sanction by a president of India.

To this day, there are all the questions about Rajiv Gandhi’s qualifications for the prime ministerial office he occupied for the five years after his mother’s assassination. He led Congress to a gigantic victory, but it was a triumph that had more to do with the image of the murdered daughter of Nehru than with the grandson of Nehru. Those five years in office would swiftly demonstrate with clarity that as prime minister, Rajiv Gandhi was often out of his depth.

Rajiv Gandhi’s policy on Sri Lanka, insofar as tackling the LTTE was concerned, was a study in confusion, if not exactly chaos. That image of a Sri Lankan soldier at a welcome ceremony in Colombo reaching out to hit him with his rifle was disturbing for many of us. In the end, it was the LTTE which took his life in Sriperumbudur. The gory image of Rajiv Gandhi, pushed to sudden death and lying face down on the blood-spattered ground, has always been haunting for people of my generation.

One of the questions which I have always wrestled with is whether Indira Gandhi, once Sanjay Gandhi was dead, should have drafted the quiet, self-effacing Rajiv into politics. As people were subsequently to know, Sonia Gandhi was afraid that tragedy would befall Rajiv if he went into politics. Her fears were to be proved true. What if Rajiv Gandhi had carried on with his work at Indian Airlines and Indira Gandhi had built up a leadership structure from within Congress around her, one that could someday succeed her? You tend to wonder, given the miserable condition Congress is in today, reduced as it is to nearly a has-been in Indian politics, if the act of pulling Rajiv Gandhi into the vortex of politics was not the beginning of the end of pluralism as we have known it.

Perhaps Congress’ dependence on the Nehru-Gandhi dynasty ought to have ended with Indira Gandhi. Rajiv, assailed by questions of leadership, and his widow and children, with obviously no means of challenging the rise of the Bharatiya Janata Party, were unable to keep Congress at the heights. That has been the sorrow, and not just for people in India. As the workings of politics have so unequivocally shown, political dynasties—Congress in India, People’s Party in Pakistan, Bangladesh Nationalist Party—tend to undermine democracy and spawn regional satraps whose own dynastic ambitions push democratic norms into a state of bad health.

Rajiv Gandhi’s presence at the first SAARC summit in Dhaka in December 1985 was vibrant. Bangladeshi men were impressed by his bearings and many were the Bangladeshi women who were drawn to him by his looks. We, at the New Nation, went out on a limb to interview him for the newspaper but were politely informed by the Indian High Commission that the prime minister was too tied up and, besides, would be returning to Delhi as soon as the conference was over. In the end, we only managed to meet Pakistan’s Zia-ul-Haq and interview him for the New Nation and its sister Bengali newspaper Ittefaq.

Would Rajiv Gandhi be a more mature leader had he lived to become prime minister of India again in 1991? Such questions always come loaded with ifs and buts, but there are good reasons to think that when his party lost power in 1989 and Rajiv went into opposition, it was a necessary moment in Indian history. Like Indira, who had obviously learnt from her mistakes before returning to power in 1980, Rajiv would certainly have reflected on the things that went wrong between 1984 and 1989. His tireless electoral campaign in 1991, till the night when he was blown up by the LTTE, portrayed a man who gave every sign that he meant to do better in a second term.

That first term, or even his early days as a member of Parliament, were but instances of the naïveté or even insensitivity he demonstrated as Indira Gandhi’s son and then as her successor. His comment about Calcutta being a dying city was not thought through and properly led to an excoriation of him in the media. When he seemed to turn a blind eye to the riots targeting Sikhs in Delhi, he made matters worse when he appeared to justify the violence with his comment, “When a big tree falls, the earth shakes.” That was uncalled for from one who had just taken over as India’s newest leader.

Bofors took up a good deal of his time and men like Ram Jethmalani were constantly snapping at his heels, to a point where Rajiv lost his patience. His retort to Jethmalani was a sign of the exasperation working in him. “I do not have to reply to every dog that barks,” he had said, to everyone’s surprise. The language could have been more polite, more prime ministerial. Predictably, it brought a swift, biting response from Jethmalani, “Dogs bark when burglars are around.”

Towards the end of his term in office, Zail Singh was reportedly beginning to think of turning Rajiv Gandhi out of office. For the first time in Indian politics, it was clear that the president of the republic and the prime minister were at daggers drawn over governance. It was a moment when many among us wondered if the prime minister could not restore his frayed relations with Pranab Mukherjee, who had by then been cast into political exile. Mukherjee would remain banished till PV Narasimha Rao took charge as prime minister after the 1991 elections.

Rajiv Gandhi’s act of sacking Foreign Secretary AP Venkateswaran in public, at a press conference, will always be considered notorious. Venkateswaran had been one of the most effective foreign secretaries. For Rajiv Gandhi to humiliate him publicly and then to add salt to the wound by claiming that he had not known the country’s seniormost diplomat was present at the press conference was either the height of naïveté or hubris, or both. The upshot of it all was that it brought into question Rajiv Gandhi’s understanding of the nuances of political language.

Rajiv Gandhi was an innocent, gentle young man thrust into politics, for which he did not have any appetite and which he could not master in the years he was a legislator and then prime minister. In hindsight, those are precisely the reasons why he should have lived, to provide leadership to India in a second stint in office, better than what he showed in the five years he was in power.