The recurring fallout of demonetisation 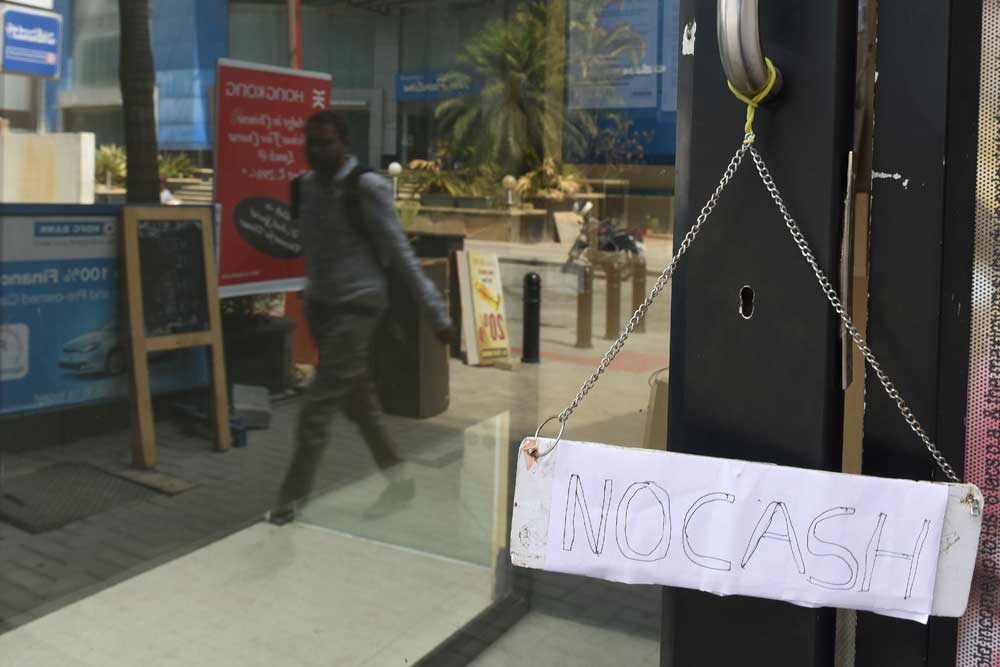 YOU STRUGGLE YOUR entire life in the most cutthroat of professions and, in the rare instance of having made it to lead a country, an inner gene kicks in to ask what are you going to be remembered for? Even successful politicians who don’t believe in the afterlife obsess over their legacy. Will Narendra Modi have demonetisation in his list? Almost certainly not, and the blame for that lies squarely on the Rs 2,000 note. The ghost of demonetisation, despite its short-term political gains (or at least it did not affect the Uttar Pradesh election outcome), is going to keep returning everytime there is a crisis with cash or banks. The current shortage of notes in ATMs illustrates this.

It is not easy to efface the image of an entire country standing in queues unless there was an extraordinary outcome of the exercise. And if such a result had indeed come about, then it would be self- evident. There would be no need to argue vehemently that black money is down, or digitisation is up, or that the pockets of terrorists have been emptied. An economic experiment that failed and has long-term consequences wouldn’t really matter to most Indians. The personal discomfort experienced by hundreds of millions, however, leaves an indelible imprint.

There has been no clear answer on why ATMs don’t have cash now. Theories range from the hoarding of cash by ordinary people who don’t trust banks anymore to the same being done by tax evaders who have found their tricks again or by political parties preparing for elections. It is probably a mix of all of these factors, but the common thread is the Rs 2,000 note that makes it even easier to hoard money than the Rs 1,000 and Rs 500 notes taken out of circulation.

The recurrence of the crisis also tells you that policies to reform the system can only work by going to the disease’s root causes, like the bribery of voters in elections or political interference in the banking system. We are told that there is more cash present in the system now than before demonetisation, which indicates that a cashless society will not happen anytime soon. In a country like India, with the insularity and illiteracy of its vast population, it is hopelessly ambitious to think an economic revolution can be driven by technology alone. There are urban literate middle- class people still uncomfortable with something as simple as taking money out of an ATM. It is a psychological hurdle and that doesn’t go by government edict. Or they might for a while, under coercion, but then revert to the mean. After demonetisation, newspapers were full of rickshaw drivers and local shops taking digital payments. It didn’t take too long for them to return to cash.

The measures the RBI is taking now to address the cash crunch are a reminder of the chaos that followed demonetisation. The memory is a political cost. If assembly elections are a major reason for the hoarding of cash, then what will happen before the General Election next year? They can’t be printing too much because that would go against the reason that demonetisation was done and they can’t allow a shortage of notes either.