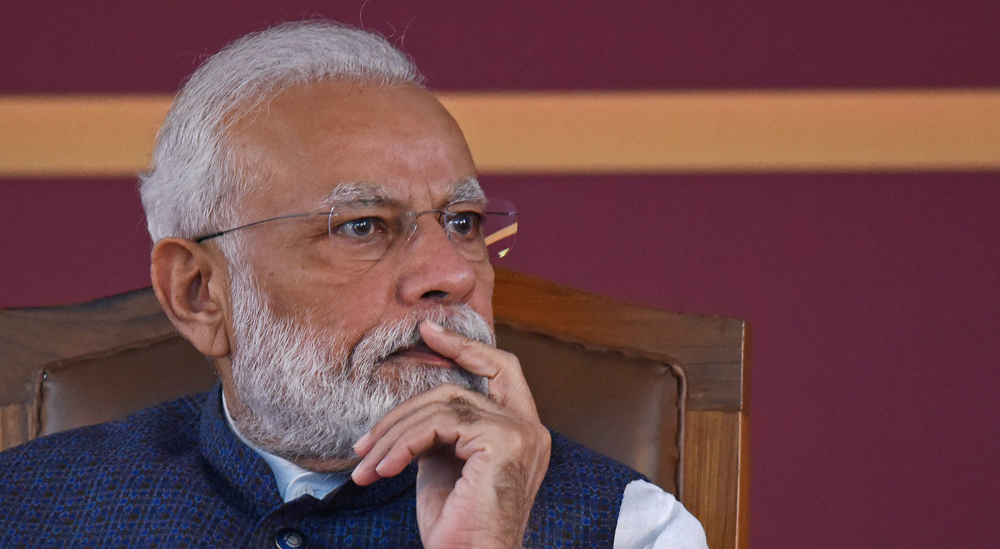 FROM NARENDRA MODI’S point of view, the worst thing that can happen when America decides on its next president later this year is a Bernie Sanders win. Any confusion about where Sanders stood was swiftly dispelled by a tweet on the Delhi riots in which he had written, ‘Over 200 million Muslims call India home. Widespread anti-Muslim mob violence has killed at least 27 and injured many more. Trump responds by saying, “That’s up to India.” This is a failure of leadership on human rights.’

True, it might have been a useful stick to beat his potential opponent, US President Donald Trump with, but should Sanders replace him it was clear that he would not be someone for Modi to share bear hugs with. Similarly, other Democratic contenders like Elizabeth Warren and Pete Buttigieg have in the past raised concerns about the communications blockade and political detentions in Kashmir. The best outcome that Modi can hope for is for a return of Trump and therein lies a peculiar predicament.

As Super Tuesday made it clear, the Democratic candidate nomination is now a race between Bernie Sanders and Joe Biden, who pulled an unexpected sweep. Sanders is an ideologue and his constituency is the woke extreme of the Democrats, a fringe rabidly opposed to Modi whom they see as enforcing Hindu majoritarianism in India. A Sanders presidency will be hostile from the day he enters office. Biden too would have to cater to the demands of his party but, being a pragmatic politician, he won’t be as big a problem for Modi. Vastly experienced in foreign policy, he knows areas that the US needs to stay out of if it wants to continue having an ally like India in the subcontinent.

Trump, especially after the bonhomie of his recent visit, is however an even better President than Biden for Modi. They share a chemistry that beats anything he had with Barack Obama. Plus, Trump himself has suffered accusations of being anti-Muslim from the same quarters that are now attacking Modi, and so might even be a support against forces seeking to isolate Modi in the global arena.

Modi knows who he wants among the three contenders. But the choice for the moment is between Sanders and Biden and where it gets somewhat confusing is that Sanders is also the weakest candidate against Trump. As an unabashed socialist, there is a general feeling that the US will just not accept him. Trump himself, through snide tweets, has been trying to get Sanders to be his rival in November. The man who has the best chance of defeating Trump is Biden. The conservative journalist and intellectual Ben Shapiro had sarcastically noted that because Trump draws so much support from his base by attacks on him, the best thing for Democrats to do would be to put a dead man against him, and Biden fits the bill.

This is then the paradox staring at Modi: if he wants Trump to win, he must want Sanders, his most distasteful choice, to win against Biden.