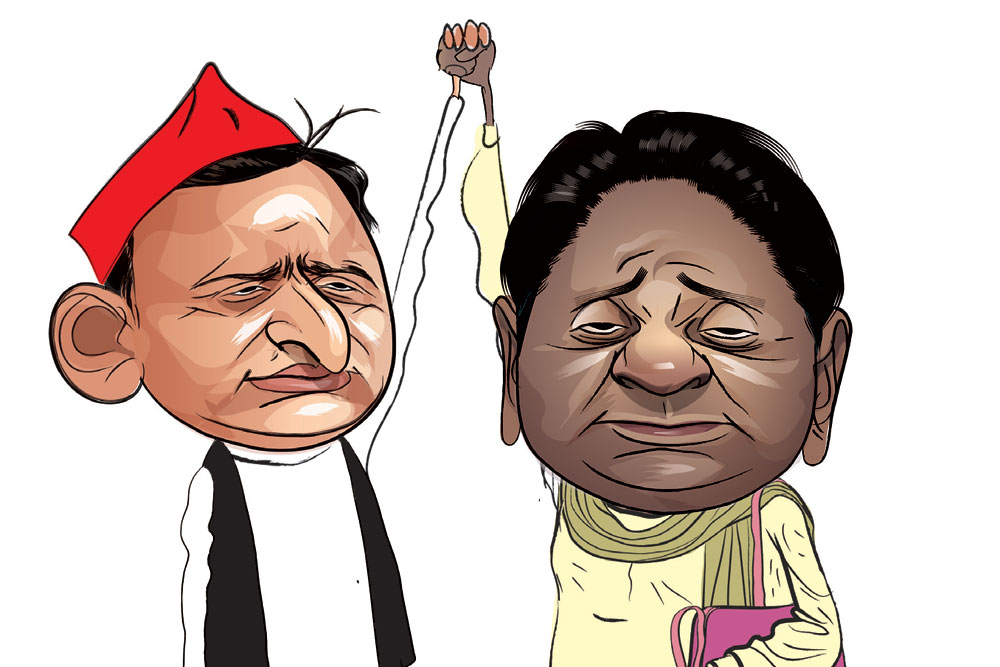 
If recent moves are any indication, Bahujan Samaj Party (BSP) leader Mayawati is once again trying to mend fences with her bête noire, the Samajwadi Party (SP). The BSP-SP alliance during the Uttar Pradesh Assembly elections had failed. They then contested the Lok Sabha together but the BSP got just 10 seats and the SP five, following which Mayawati pulled out of the alliance. In the recent by-polls, the BSP fared badly while the SP did marginally better. She has now withdrawn a case filed by her in 1995 after Samajwadi Party goons had attacked her in a state guest house in Lucknow. It looks like a peace overture with Mayawati thinking that an alliance with the SP will be necessary to counter the BJP in the next election.

The looming question in South Block is whether Army chief General Bipin Rawat, who is retiring on December 31st, will get a two-year extension and be made Chief of Defence Staff. It is possible given that then Air Force vice chief RKS Bhadauria was recently given a two-year extension and made Chief of the Air Staff. Another rumour doing the rounds is that Rawat could be made an adviser in the Cabinet Committee on Security after his retirement.

In the coming Jharkhand Assembly election, Rahul Gandhi might not hold too many rallies if recent history is any indication. In the last six months, he has not visited the state even once. But at least his name is there in the Congress’ list of star campaigners. Sister Priyanka does not even feature in it. Sonia Gandhi’s health might prevent her from being active in the campaign. All in all, Jharkhand might see very little of the Gandhis. Meanwhile, the Congress might have surrendered the leadership of the election to Jharkhand Mukti Morcha’s (JMM) Hemant Soren. They gave JMM 43 seats, and are only contesting in 31. Senior Congress leaders like Subodh Kant Sahay were not in favour of announcing Soren’s name as a chief ministerial candidate but the latter was insistent and so the party folded here too.

The Maharashtra government formation potboiler is seen as a game of thrones between the Shiv Sena, Nationalist Congress Party and the BJP but an interesting question that has arisen is what will happen to Raj Thackeray, who leads the Maharashtra Navnirman Sena (MNS). Given his party’s abysmal performance in the Assembly election having got just one seat, there is speculation as to whether he might ally with the BJP. The MNS looks like a spent force but from the BJP’s point of view, having Raj on their side might allow them to also play the Maratha card, which is necessary given that they have projected a Brahmin, Devendra Fadnavis, as Chief Minister.

Our Man in UN

India’s High Commissioner to Pakistan, Ajay Bisaria, has been stationed in Geneva for some time, explaining India’s Kashmir position to the United Nations Human Rights Commission. Whispers in diplomatic circles say he might be chosen for a designated role in the UN, especially to highlight Pakistan’s sponsoring of terrorism. Bisaria has a long relationship with BJP governments. He was private secretary to Atal Bihari Vajpayee during his prime ministership, the first Indian Foreign Service officer to hold such a post. Narendra Modi is said to have known him since those days. 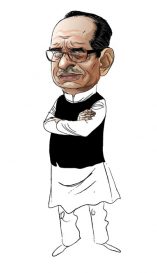 In Madhya Pradesh politics, former Chief Minister Shivraj Singh Chouhan seems to have become completely isolated. In his party, the BJP, it has become him versus all the other leaders, like Kailash Vijayvargiya and Prabhat Jha. But the party is still left with the question of who will be the future of the BJP in MP after Chouhan. A dark horse whose name is being mentioned is Suhas Bhagwat, who comes from RSS stock. In 2016, Ram Lal, former organisational secretary of the BJP, introduced him to MP politics and he is slowly entrenching himself there.

In Modi 2.0, the Prime Minister seems to be focusing his energies on macro policies and execution of mega projects. Though the perception is that he micromanages everything, it is not true when it comes to most of the IAS and IPS postings. Even in the appointment of governors, a large part of the decision-making has been delegated to Amit Shah. It is reminding many Delhi observers of the Vajpayee-Advani regime. So will Shah be a deputy prime minister at some point?

The proactiveness of West Bengal Governor Jagdeep Dhankhar is turning out to be a major problem for bureaucrats. Dhankhar, as a BJP appointee, has been having a problematic relationship with Chief Minister Mamata Banerjee, who distrusts him. He invites bureaucrats to Raj Bhavan and that is further raising Mamata’s suspicions. Recently, he met officials who are perceived to be not very friendly to her, including a just-retired chief secretary. He spent three hours with them over dinner. He also invited two more senior secretary-level officials along with their families. Mamata is said to be telling her officers to not accept the Governor’s invitations. Many of them are in a Catch-22 situation. They can’t boycott the Governor nor antagonise Mamata. It is said now such
meetings are therefore being held in secret. 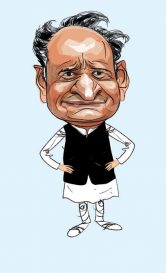 Rajasthan Chief Minister Ashok Gehlot is having a good moment. The Congress did exceedingly well in the local body elections and that has pleased the high command. Sonia Gandhi called and congratulated Gehlot who himself gave credit to Avinash Pandey, All India Congress Committee general secretary in charge of Rajasthan. Pandey had been authorised to manage the rift between Gehlot and his Deputy Chief Minister Sachin Pilot and did an impressive job of it. He built a great rapport with Gehlot and the two successfully ensured the Congress swept the local bodies.