A Plea for Pension

Why KM Ganguli wanted more payment for his English Mahabharata 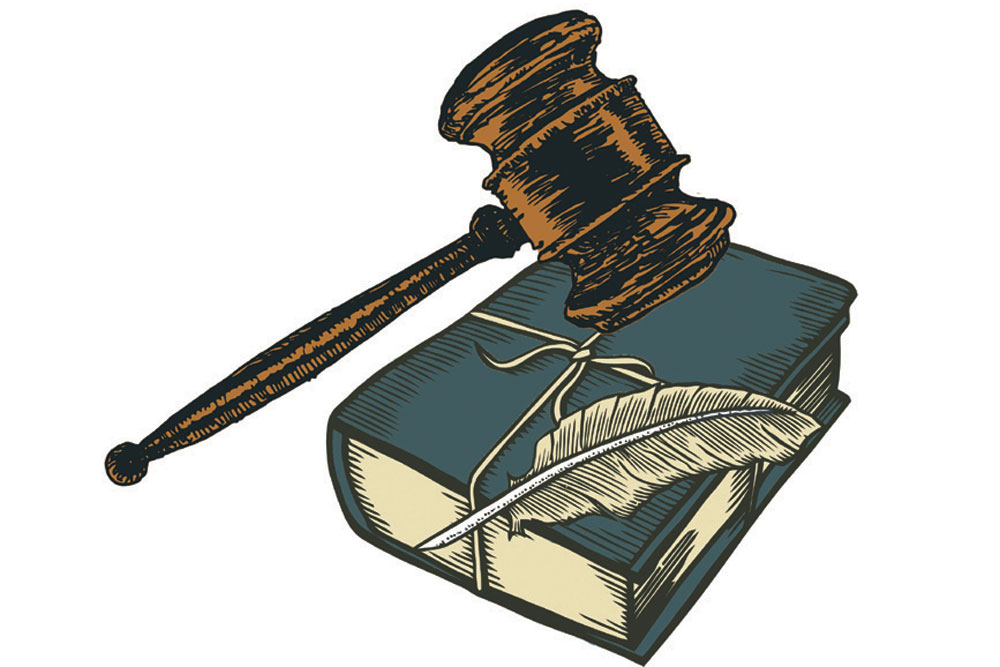 I HAVE BEEN WRITING about Kisari Mohan Ganguli’s Mahabharata translation. I have mentioned his ‘memorial’, meaning a petition addressed to the government of India, asking that he be given a pension of Rs 1,200 a month. The text of this letter is not generally known or available. I have dug it up from old archives. Therefore, in the interests of documenting this material for future researchers, I am going to reproduce the letter in its entirety. The letter was addressed to ‘Sir Alexander Mackenzie’, lieutenant governor of Bengal. Ganguli’s address was given as ‘13/2 Raja Rajendra Mullick’s Street, Calcutta’ and the letter was dated ‘26th March 1898’.

‘MOST RESPECTFULLY SHEWETH,—That desirous of publishing an English translation of the Mahabharata which is regarded by Oriental scholars in every part of the world to be one of the grandest monuments of ancient Aryan genius, the late Pratapa Chandra Roy of Calcutta engaged your Honour’s memorialist more than 13 years ago to translate that work from Sanskrit into English.

‘That in pursuance of that engagement your Honour’s memorialist took up the task and incessantly laboured at it for a period of more than 12 years and at last brought it to completion in 1897.

‘That the whole of the translation, made by your Honour’s memorialist and supplied by him to Pratapa Chandra Roy, was printed and published first by the said Pratapa Chandra Roy and after his death by his widow, Sundaribala Dasi, the task of printing and publishing having gone on simultaneously with that of translating.

‘That some idea of the labour which your Honour’s memorialist had to undergo before he could lay down the pen may be formed from the fact that the translation covers in print (with tables of contents, notices, etc.) about 7,400 pages, octavo, demy. For further explanation of his connection with the work, your Honour’s memorialist would respectfully invite attention to the two postscripts attached to the last fasciculus of the publication (vide pages 17 and 18 of Appendix A and pages 9 to 11 of Appendix B).

‘That the work done by your Honour’s memorialist has met with the approval of the entire civilised world, as will appear from the accompanying expressions of opinion reprinted from the journals and periodicals of various countries and from some of the letters recently addressed to him by some of the most eminent retired Indian officials (vide Appendix C and pages to 7 of Appendix B). Your Honour’s memorialist would, in this connection, particularly invite attention to a communication from Sir Edwin Arnold (vide page 5, Appendix B) and the opening observations in an article that appeared in the Daily Telegraph (vide page 7, Appendix B) describing the work as “a literary achievement which reflects honour upon Indian scholarship, lustre on the Queen’s rule in India, and credit upon many great officers of the Administration, while enriching general literature with a new source of historical and archaeological treasure.”

‘That many persons whose opinions are entitled to weight think that the work which your Honour’s memorialist has done “is of equal, if not greater, service to Government as to Literature.” Your Honour’s memorialist would, in this connection, invite attention to the following extract from the publisher’s preface issued with the first fasciculus of the translation. “The study of Sanskrit is attended with difficulties that are nearly insuperable in the case of the overworked Indian official. Unless blessed with linguistic faculties of an exceptional nature, the little leisure that the Indian official might command, even if wholly devoted to the acquisition of Sanskrit, can scarcely produce desirable results. Viewed also in the light of a means to an end,—the end, viz., of understanding the wishes and aspirations of the Indian races for purposes of better Government, the study of Sanskrit may be dispensed with if all that is contained in the great Sanskrit works of antiquity becomes obtainable by Englishmen through the medium of translation. Any effort, therefore, that is made towards unlocking Manu and Yajnavalkya, Vyasa and Valmiki, to Englishmen at home or in India, cannot but be regarded as a valuable contribution to the cause of good Government.”


In 1898, Ganguli wrote to the Government of India, ‘your honour’s memorialist is growing old. He has already passed the fiftieth year of his age. He has no fixed income from any source upon which he can depend. Literary labour furnishes the only means open to him for earning his livelihood’

‘That it may not be out of place for your Honour’s memorialist to mention here that the various Local Governments, the Government of India, His Lordship the Secretary of State for India, and the Government of Ceylon also, influenced by such a view of the usefulness of the work, sanctioned, between them, a total grant of about Rs. 47,000 in its aid for which the publisher was able to make a return in the form of a certain number of copies of the same. The Government of France also, induced by the usefulness of the work to the cause of Oriental Research, went out of its way by sanctioning a grant of 900 francs in its favour, overlooking the fact of its being a foreign publication as also its character as a serial and, therefore, an incomplete publication at the time the grant was made.

‘That the honorarium which your Honour’s memorialist received for his labour, was extremely inadequate, having been only an average of Rs. 2,000 per year for 12 years. The patience and energy required for proceeding on with the task and bringing it to completion were such that no amount of mere money could possibly reconcile any one to it. Your Honour’s memorialist truly states that if the work had not been with him one of love, as much as it ever was with the publisher, he could never have succeeded in finishing it at all. On this point also your Honour’s memoralist would respectfully invite attention to the communication already adverted to of Sir Edwin Arnold (viz., that in page 5 of Appendix B).

‘That encouraged by the success of the English translation of the Mahabharata, your Honour’s memorialist has accepted another engagement, the English translation of Charaka-Samhita which is published as a serial by Kaviraj, Abinash Chandra Kaviratna of 200, Cornwallis Street, Calcutta, and which has already made a fair progress. How this work has been received by Oriental scholars and learned physicians of Europe and America, will appear from the expressions of opinion submitted herewith as Appendix D.

‘That some of the friends and patrons of the work, who filled high offices under the Government of this country, think that the labour which your Honour’s memorialist has gone through for bringing it to completion, deserves substantial recognition from the Government. Your Honour’s memorialist is growing old. He has already passed the fiftieth year of his age. He has no fixed income from any source upon which he can depend. Literary labour furnishes the only means open to him for earning his livelihood. Under the circumstances, a pension from the Indian Imperial revenue may, in kindness, be granted to him as a reward for what he has done as also for relieving him in his old age from the anxiety attendant on a very precarious income derived from hard labour.

‘That the case of the late Raja Rajendra Lal Mittra furnishes precedent in favour of the prayer of your Honour’s memorialist. The Raja was granted a pension of Rs. 250 a month for his contributions to the cause of literature, the amount having been made chargeable to the Imperial Revenue. Added to this was another pension of an equal amount which was granted to him on account of his service as Superintendent of the Wards’ Institution, Calcutta, so that the consolidated pension which he enjoyed was Rs. 500 a month. It served to make him independent of every kind of task-work in earning his livelihood.

‘That there is another fund, called the Civil List Pension Fund, at the disposal of the Ministers of Her Gracious Majesty, the Queen-Empress of India (in her character as Queen of the United Kingdom of Great Britain and Ireland) from which pensions may be given in strict conformity with the Resolution of the House of Commons dated the 18th of February 1834, which has received the force of law by section VI of chapter 2 of Statute I of Her Majesty and which enacts “that it is the bounden Duty of the responsible Advisers of the Crown to recommend to Majesty for grants of Pension on the Civil List such persons only as have just Claims on the Royal Beneficence, or who by their personal Services to the Crown, by the performance of Duties to the Public, or by their useful Discoveries in Science and attainments in Literature and the Arts, have merited the Gracious Consideration of their Sovereign and the Gratitude of their Country.” If the benefits of this fund be capable of extension to an Indian subject of Her Majesty and if a favourable view were taken of the case of your Honour’s memorialist, it may be regarded as falling within the purview of the above language.

‘Your Honour’s memorialist belongs to a respectable family and may truly be described, for his birth and blood, as a Brahman of Brahmans. Years ago, the late Dr. Sambhu Chandra Mukerjee who knew him intimately from his school days granted him a certificate in this respect which he respectfully submits for perusal. (Vide Appendix D.) Your Honour’s memorialist humbly craves that this fact will be taken into consideration for fixing the amount of pension.’