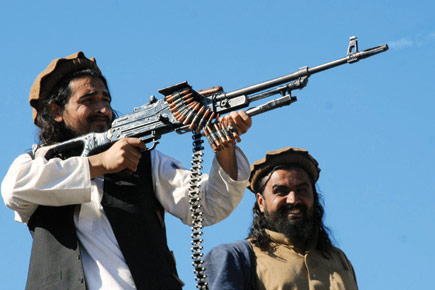 In diplomatic life, we tumble upon historic moments without even realising their importance at the time. An odd picture or some notes taken on the occasion remind us of how we had witnessed the making of history. Such memories occasionally open out some mysteries as yet unexplored. They may well reveal some jigsaw puzzles that changed history. Such footnotes of history are left unrecorded and lost even for researchers. The diplomats remain note-takers at every stage of their career.

I have not stepped on the soil of Afghanistan. Nor has that country been in focus in my work at any time. All that I know about that country is through books or looking at the picturesque scenery of that land through pictures or video clips. Some names remain in memory, but they are not embedded enough to provide a comprehensive picture. The rugged mountains and armed civilians and soldiers and glimpses of poverty and disorder present a stereotype of a chaotic country. It really looks like a graveyard of empires with no clear sense of direction. These superficial impressions may be misleading, but the sad part is that the tendency is to repeat history without learning.

Jogging my memory on the eve of another change in Afghanistan, I recalled two encounters I had with the reality of Afghanistan, which changed its history. Both of them influenced the turn of events at that time and still continue to have a bearing on the current events, which are shaping the future of Afghanistan. First, it was the night in December 1979 when the Soviet forces entered Afghanistan at the invitation of a president who was killed in the first hours of the occupation. I was present at the meeting of the Soviet ambassador with the Indian foreign secretary. The ambassador read out a statement from a note from the Soviet leadership stating that a limited contingent of Soviet troops had entered Afghanistan at the invitation of the Afghan government to counter a threat to international peace. He added that the Soviet forces would withdraw from Afghanistan as soon as possible.

Since the foreign secretary had heard the BBC before the ambassador arrived, he was prepared for the news. After promising the ambassador that the message would be conveyed to the prime minister, the foreign secretary expressed concern that foreign forces had entered an independent country and expressed the hope that the situation would be reversed. The ambassador was visibly embarrassed, but said that the Soviet forces would remain in Afghanistan only for the shortest time necessary.

The next few days were hectic as the Afghanistan issue virtually exploded at the United Nations. The entire non-aligned world opposed the Soviet intervention when the resolution demanding the withdrawal of Soviet troops was vetoed by the Soviet Union in the Security Council and the vote moved to the General Assembly. India abstained on the resolution, but the speech given to our permanent representative, drafted in Indira Gandhi’s residence, was supportive of the Soviet Union. From then onwards, India was accused by the West and many other countries of giving up a fundamental position of the UN Charter. India’s position was a great relief to the Soviet Union, though India-US relations deteriorated.

Today, the Taliban is strongly anti-India because of the support we extended to the Soviet Union when the Mujahideen were fighting foreign occupation with the support of the US. When the Soviets left and the Taliban came to power, Pakistan used the Taliban government to increase terrorist activities in Jammu and Kashmir and, generally, in the region. Only when the terrorists hit the heart of New York that the US realised the folly of supporting jihadis in Pakistan and Afghanistan. Perhaps, the history of Afghanistan would have been different if India had not supported the Soviet Union. The Taliban would have been more amenable to India if India was not associated with the Soviet occupation. India had its own reasons to maintain stability in the region through the restraining influence of the Soviet presence. India was also supportive of the American war on terror because of the same reason.

I witnessed another crucial moment in the Afghan saga when the UN Secretary General Boutros Boutros-Ghali paid an unscheduled visit to New Delhi on April 22nd, 1992 and met Prime Minister Narasimha Rao. Boutros-Ghali’s aim was to persuade India to give former President Najibullah asylum in India. It was a bizarre conversation in which the lives of Najibullah and the UN envoy, Benon Sevan, were involved. The atmosphere in the meeting was tense as India and the UN were afraid that the blood of two lives would be on their hands. After six days of deliberation on Boutros-Ghali’s request, India indicated that it would be willing to shelter Najibullah if he managed to escape. But later, when the Mujahideen formed a government, India calculated that giving asylum to Najibullah might turn out to be prohibitively costly in political terms. Even though Najibullah was not saved, it was clear to the Mujahideen that India’s sympathy was with the pro-Soviet Najibullah than with the new government. Benon Sevan, as UN envoy, was saved, even though he had taken a very proactive position to save Najibullah.

It is against the backdrop of these events we need to see the relationship with the Taliban, which became adversarial. The hijacking of an Indian aircraft, which led to the release of terrorists from an Indian prison was another dramatic demonstration of the bitterness of the relationship between India and the Taliban. A Taliban-dominated government with the support of Pakistan and China will be hostile to India as the past cannot be erased. Much depends on whether the Americans are able to cobble up a coalition before the Taliban overtakes Afghanistan. Speculating on that possibility is like wondering whether the world would have been different if Cleopatra’s nose was shorter.