The situation within the Yadav household remains tense 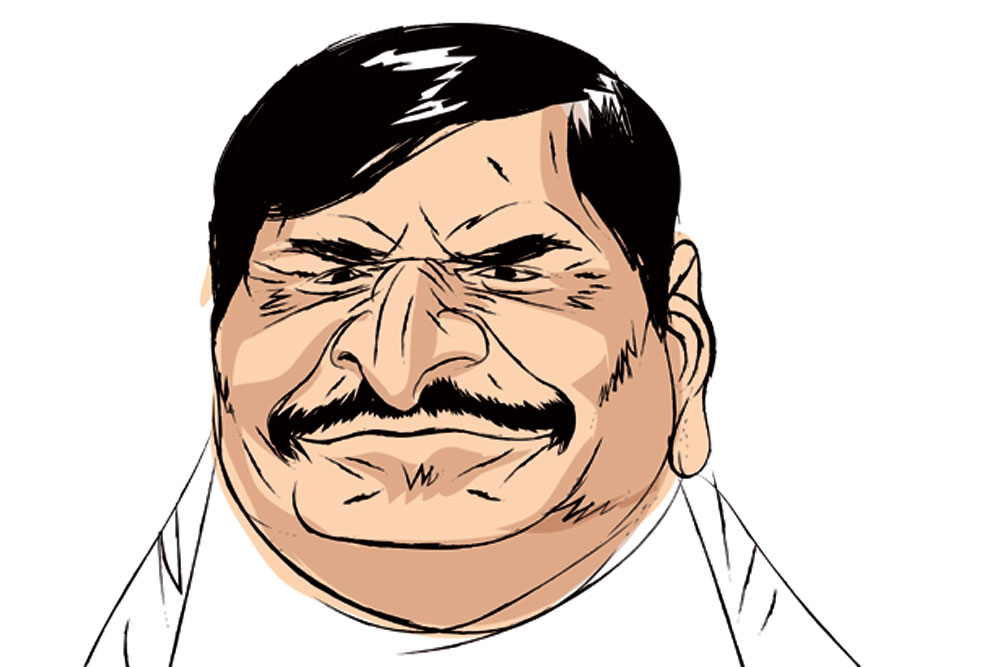 
The Uttar Pradesh Assembly polls are due and opposition SP leaders Mulayam Singh and his son, Akhilesh Yadav, are considering the return of Mulayam’s brother, Shivpal Yadav, to their fold. When Mulayam made Akhilesh party president, Shivpal protested and left the party to start the Pragatisheel Samajwadi Party. The move didn’t quite work out. So, nearing the elections, Shivpal is learnt to be keen on making a comeback, though with riders. Not only does Shivpal want a favourable position in SP but he also prefers nominating his own associates as candidates. And Akhilesh will have none of it. The situation within the Yadav household remains tense.

Afghanistan has again turned out to be a battleground for proxy war between India and Pakistan. As US President Joe Biden called for solidarity among various nations in the face of the Taliban’s return to Afghanistan, he is known to have dialled several heads of state or government—Russia, Turkey, India, among others—but not Pakistan. Biden’s act is being seen in South Block as US’ displeasure with Pakistan over the latter’s attempts at controlling the Taliban through its Inter-Services Intelligence. While Modi is slated to visit New York for the UN General Assembly soon, the Ministry of External Affairs and the Prime Minister’s Office are working at breakneck speed to conduct a one-on-one with Biden in Washington DC where Modi is expected to raise the Pakistan question.

A Matter of Honour

Are the Supreme Court and Government finally on the same page? The Supreme Court collegium has recommended 68 names to the Centre for appointment as judges to the 12 high courts of the country. Apart from the new names, the collegium also reiterated its recommendation for the elevation of nine lawyers and three judicial officers as judges of various high courts. These 12 names had earlier been sent back to the Supreme Court after the Centre had raised objections. The law ministry, however, has softened its stand now and is expected to clear the names soon.

What is Varun Gandhi up to? First, he tweets praising Narendra Modi’s performance. But on the ongoing farmers’ protest, he becomes overly critical of the Government. While he supported the Kisan Mahapanchayat in Muzaffarnagar, a major controversy broke out on the role of a certain sub-divisional magistrate (SDM) at another farmers’ rally in Karnal. The SDM in question allegedly attacked the farmers to maintain law and order. So, using the footage on his social media, Gandhi criticised the SDM’s action. Rumour has it that Gandhi is taking a pro-farmer stance before the 2024 General Election.

In Maharashtra, trouble is brewing between the Shiv Sena and the Nationalist Congress Party (NCP). The recent election of the district panchayat president of Pune was bitterly fought between the two parties. Also, Bollywood lyricist Javed Akhtar recently commented on RSS being like the Taliban, which Sena condemned and asked for an apology from Akhtar. But NCP objected to Sena’s stand. Sena chief and Maharashtra Chief Minister Uddhav Thackeray is also learnt to have warmed up to Governor Bhagat Singh Koshyari, who has a strong RSS link. With the Brihanmumbai Municipal Corporation election, too, slated for the beginning of next year, Sena’s pussyfooting is now NCP’s grouse. 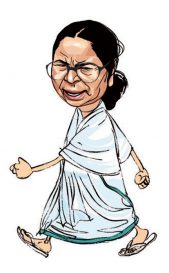 Trinamool Congress has an axe to grind with Congress, if insiders are to be believed. Trinamool supremo and West Bengal Chief Minister Mamata Banerjee has apparently told a select few that she will not meet Congress President Sonia Gandhi even if the latter calls her. Here’s why. Her nephew, Abhishek Banerjee, was recently interrogated by the CBI in Delhi, and the Trinamool brass expected support from Congress leader Rahul Gandhi against BJP’s ‘high-handedness’. But Rahul chose to be non-committal, further stoking the fire of a rift between the two parties despite Congress’ decision of not contesting the Bhowanipore byelection from where Mamata is pitching to get re-elected to hold on to the chief minister’s chair. Congress, meanwhile, has its own bag of woes with the CBI, which can send it a notice on the National Herald case before the UP Assembly election.

UP in the Air

In the UP Assembly election, Priyanka Gandhi’s loyalists feel she should not be too involved. In 2012, Congress bagged 28 seats; in 2017, that number whittled down to just seven. Congress surveys now indicate it is time for the party to go it alone, and snap up three to five seats. Despite the prediction, Priyanka is desperate for a seat-sharing arrangement with the Samajwadi Party (SP), provided Congress gets to contest in at least 40 seats. But the buzz is SP leaders will part with only 25. SP is not in favour of any alliance with Congress this time round as Akhilesh Yadav feels his party suffered in the last Assembly election owing to its tie-up with Congress. But a firm Priyanka is annoying her fan club that feels the move could irreparably damage her future prospects.

Kerala Chief Minister Pinarayi Vijayan and Prime Minister Narendra Modi share a cordial relationship despite the BJP-CPM political divide. So far, Modi has maintained restraint even as Covid ravages the southern state. It is largely because, if the grapevine is to be believed, Vijayan submitted before Modi that controlling the virus was a health issue, and not a political one. Also, a CBI investigation into a gold scam involving Vijayan was initiated in the past, which the Kerala High Court had rejected. But the CBI seems to be in no mood to challenge it in the Supreme Court. Vijayan had also made IPS officer Loknath Behera the state’s police chief before he retired in June. Behera was one of the founding members of the Centre’s coveted National Investigation Agency, and he was considered to be a conduit between Vijayan and Modi. Now talk is that when Vijayan met Modi after the Kerala Assembly election, there was genuine bonding, and BJP has held Congress, not CPM, to be its main rival in Kerala.

Prime Minister Narendra Modi is known to shun extravagance. It is learnt that an informal advisory is in place for all Cabinet ministers and senior party leaders to this effect. Yet, Union Minister Pralhad Venkatesh Joshi went ahead with his daughter’s opulent wedding ceremony at his Akbar Road bungalow in Lutyens’ Delhi. The event prompted tweets by the Bharatiya Janata Party (BJP) workers and questions were raised on the presence of the entire Karnataka cabinet, including Chief Minister Basavaraj Bommai. Special flights were organised with a party thrown in at Hubli as a precursor to the Delhi event. Also, though Modi landed up at the ceremony with a mask, most other guests were seen flouting Covid-19 protocol. Even as the opposition demanded Joshi’s expenditure sheet on the lavish ceremonies in Hubli and Delhi, the Union minister stood his ground calling it a “personal” matter.