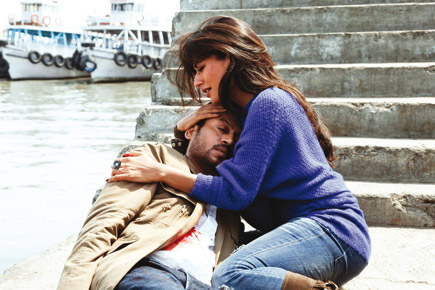 
At his best, this director cares deeply about his characters. In Hazaaron Khwaishein Aisi, all three players in a triangle of passion and politics set  in Delhi University of the mid-70s are beautifully-etched slices of real people.  It remains, to date, the finest narrative on how the Emergency scarred the body politic of this nation.

Yeh Saali Zindagi, set in present-day Delhi, seems like an affront to that movie. The film runs out of content in the first half-hour, soon after establishing the gangster/politics nexus of money and power in the Capital. It presses on regardless though, in a display of virtuoso cross cutting that lends the movie pace, but can’t help it one jot in clarifying plot or creating empathy for characters.

Degrees of shadiness, not personality, separate the characters. Arun (Irrfan Khan) is a Mr Fixit working in close proximity with a Mr Fixer (Saurabh Shukla) to help network, browbeat and muscle millions into their respective bank accounts. It is a murky world of finance and politics, made familiar to us by recent records of potent phone conversations, and while this is rich material for drama, the film has no time for reflection or analysis.

Instead, the movie steps on the gas to establish a series of tenuous connections with newer characters. One of them is beauty (Chitrangda Singh) and the other is the beast (Arunoday Singh). The beast has just got out of Tihar and is desperate to get back with his disenchanted wife (Aditi Rao Hydari). His charm offensive is to kiss her into submission and he does this so distastefully, frequently and forcefully, it’s a wonder she doesn’t need first aid on her lips.

Yeh Saali Zindagi is a hugely disappointing film by Sudhir Mishra, a director with just one or two gems in a lengthening list of mediocrity.