The comic star as anti-hero.Vir Das in conversation with Priyanka Pereira 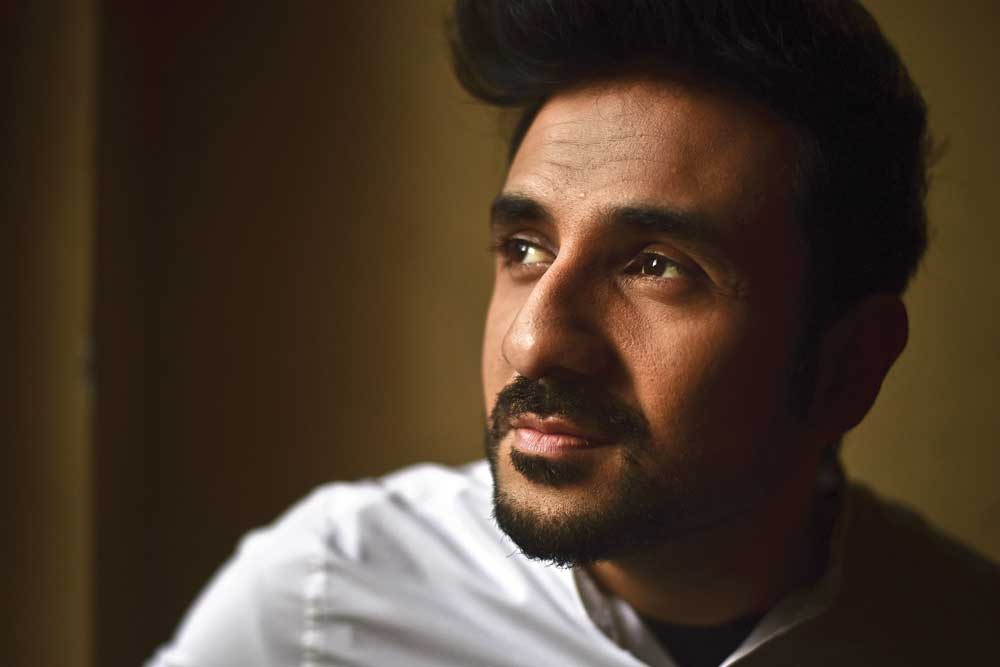 THERE IS NEVER a dull moment when Vir Das is around. Wit is second nature to arguably one of India’s best English- language stand-up comedians. Ask him for advice for a young comic, and he says, pokerfaced, “Sleep with the right kind of people and you will have it sorted out.” It’s little surprise that his signature brand of humour has earned him the title of ‘India’s Jay Leno’.

However, what is special about Das is that he can oscillate between being the funny guy and doing intense roles with equal panache and ease. We saw a glimmer of this passion recently in the Milap Zaveri directed short film Raakh—a tale of vengeance, where Das plays an unstable person with numerous negative shades. This role was tough on him, not because he was unsure of his capabilities as an actor, but because he wondered how the audience (which is so used to seeing him as the funny man) would react to his changed avatar. “In fact, a month before we shot for Raakh I made sure that I stayed away from comedy completely,” he says. Director Zaveri applauds Das’ commitment towards his work: “Vir had never done a short film earlier,” he says, “He auditioned for Raakh and then when I saw his tape, I was fully convinced that he would be able to pull off the role.” It is little surprise that Das took inspiration from the anti-heroes Hannibal and Joker (from Batman) for this role.

Besides Raakh, Das was also seen in two recent Bollywood releases—31 October and Shivaay. If in Shivaay he plays a hacker, in 31 October he plays a Sikh gentleman grappling with the aftermath of the 1984 riots. “I think I have come to choose films whose content interests me. Or my role in it. For instance, in Shivaay I had just five scenes, but I chose to do it because when I read the role, I really enjoyed it.”

Das’ office in a nondescript lane of Santa Cruz in Mumbai is crammed with people, all working on different projects. Besides his stand-up comedy, he is simultaneously also working on movies, ads, plays and a clothing line as well. Right now, he is preparing for his podcast called Potcast: On the Pot. “Potcast was a small idea that came to me last year and it was very simple to do the digital content. I expected it to have its own following but immediately it got over a million hits each week.” The growing popularity prompted him to perform Potcast live at the 2016 edition of his comedy festival, Pajama Fest. In Potcast, he offers his own gyaan on everything from the beef ban to the BSE Sensex. Owing to his busyness, he had to pause Potcast for a while, but now wants to revive it. “This small idea has plunged into something that’s now literally an official multi-city tour,” he says.

We have only seen how other stand-up comedians perceive India. We haven’t seen what India can do in the world of stand-up comedy. And that is what my aim is

But Das’ work doesn’t stop here. He has other stuff up his sleeve as well; preparation for the World Comedy Tour which will start at the end of 2017 and also a Netflix original, both firsts for any Indian stand-up comedian. “I have worked very hard here,” says Das. “I wish to go international now. I have done a lot of international shows in the past, but this time I want to do a full-fledged world tour which will put me on the world map along with the likes of George Carlin and Billy Connolly.” Once he has established himself internationally, Das wants to make India proud. “We have only seen how other stand-up comedians perceive India. We haven’t seen what India can do in the world of stand-up comedy. And that is what my aim is,” he explains.

Interestingly, much of this has happened by accident, “I have never been a planner, I have taken life as it comes. When I was in acting school, I never thought I would end up becoming a stand-up comedian, making people laugh, but that has happened,” he says with a glint of pride in his eyes.

DAS BROKE INTO the stand-up comedy scene almost a decade ago, when it was unheard of in India as a genre or profession. There was perhaps space in the market and also a need for it, and with his talent and perseverance, he made a mark. Before that, Das had graduated from Knox College in Illinois in Economics and Theatre. “That is why I always say I am an actor first and then a comedian.” But it was at Knox itself that Das first explored the comic. He wrote his first show Brown Men Can’t Hump and presented it at the Knox’s Harbach Theatre. He not only won a prestigious scholarship but also got an award for outstanding performance. He then went to Harvard University, where he trained as a method actor for six months and performed eight plays with the Moscow Art Theatre. This gave him the confidence to explore his talent further. While in the US, he was a member of sketch comedy troupes, worked as a comedian on a cruise liner and spent time working at comedy clubs in Chicago. “While I performed and people started applauding me and laughing at my jokes, my confidence grew,” he says.

In 2003, he started performing in India. He wrote and presented several comedy shows such as Not For Members Only, Bored of The Things!, Who Let the Das Out? Son of A Switch, which were popular and dealt with daily life. For all these shows, Das followed a similar creative process. He would write a draft of the show. The next morning, he would wake up and tear it up, only to write another draft of the same show. This routine would continue for a few days. “What I present on stage is completely different from what I had first written. It always is,” he says, with a laugh.

Having captured the stage, Das took to television. He hosted a couple of TV shows called Is Route Ki Sabhi Linein Mast Hain, where he played the agony uncle and another stand-up comedy show called Ek Rahin Vir. Although the shows weren’t a hit, they did put Das on the comedic map of India. He also did some improvisational comedy shows on Sab TV called Lo Kar Lo Baat and Star One’s The Great Indian Comedy Show. Both these shows brought him closer to the masses. However, over a period of time, he has kept himself away from the television circuit. He feels there are far better Hindi stand-up comedians on Indian television and he doesn’t fit in there. “I feel someone like a Kapil Sharma is superb at what he does. And there are several others who have such a superb command over the Hindi language,” he says. However, he does perform a lot on the theatre stage as well and the audience has enjoyed his work in numerous Ashvin Gidwani productions.

Despite his stage work, Bollywood films have remained his mainstay. He was noticed in roles he played in Badmaash Company, Delhi Belly and Go Goa Gone. Das says, “I chose roles that interested me and which kept my comic streak alive as well. The films which I did helped me explore a different facet of me as well.” Raj Nidimoru, who directed him in Go Goa Gone along with Krishna DK, believes that Das is one of the most versatile actors around. “Because of his background in comedy, he is very good with improvising on set. You give him a scene and he takes it to the next level just by adding his own touch to it,” he says.

Given the many roles he has essayed, Das is today an easily identifiable face. But he finds it deeply puzzling when he is singled out for special treatment. “I find it bizarre when at airports, the authorities want you to break the line and go ahead and they propose to hold your boarding pass. I just look at them and say that there are perhaps senior citizens who need that kind of concession, not me. Moreover, I know what to do with my boarding pass,” he says, with a laugh, adding, “I would rather work on my talent than live in a bubble of celebrityhood.”