The movie is watchable for its sheer spectacle and performance. But memorable it is not 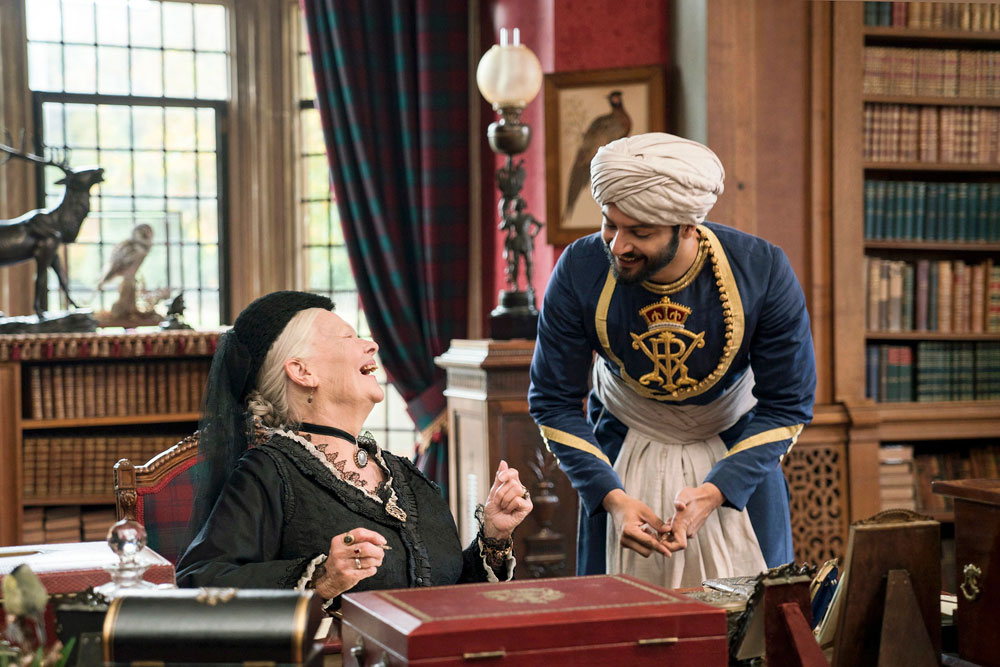 Queen Victoria was twice bereaved, once after the death of her beloved husband, Prince Albert, and the second time after her Scottish servant, John Brown, to whom she grew much attached, passed on. The story in this movie is about a lonely and sad Queen who finds it difficult to face each waking day, and about how her spirits are dramatically revived by the arrival in England of an Indian servant, sent to mark the occasion of her Golden Jubilee celebrations in 1887.

As her friendship with this charming, though opportunistic, servant called Abdul Karim, deepens, one of the Queen’s courtiers refers to him wittily, and sardonically, as ’the brown John Brown’. Race, and the notion of superiority, is always close to the surface in ‘Victoria & Abdul’. The film tethers between describing the empathy of two people who grow exceptionally fond of each other, on the one hand, and trying to identity the reason as to why they may have become friends in the first place, on the other.

At just his second meeting with the Queen (Judi Dench), Abdul (Ali Fazal) falls on his knees and kisses her feet, when he has been expressly instructed to simply serve her dessert and withdraw gracefully. He pays her obeisance, with the instinct of a sycophant, in the way he knows it cannot fail in India, when applied to a person with absolute authority. His instinct is right. Queen Victoria responds to this cringeworthy gesture with sheer delight, in the manner that an Indian monarch would. Her household staff are appalled, but not the Queen, and this is the beginning of a beautiful friendship.

Later, Abdul asks for, and Victoria grants him the title of ‘Munshi’, after which he teaches her Urdu and encourages her to build a ‘Durbar’ hall, with all the accoutrements of an Oriental monarch. Basically, the Queen ‘goes native’, frequently citing her title of ‘Empress of India’ to explain away everything, including the distortion of historical and personal information on India, and his Indian past, that Abdul provides her with.

Director Stephen Frears attempts to turn this account of Queen Victoria’s infatuation with her ‘Munshi’, and the revolt that it led to in the corridors of power, as a modern parable on what happens when a sense of white privilege is suddenly withdrawn in favour of a person, or persons, of different race or colour. Everyone gangs up to cut the chord that leads to the sense of entitlement that this person has managed to usurp from its supposedly rightful owners. So, in the movie, Abdul’s ‘common’ background is dug up, he is medically examined and found to be suffering from gonorrhoea, and, finally, his correspondence with Victoria is destroyed, in order to erase any record of his existence as her confidante.

But what all this talk of race and colour ends up doing is to give us a revisionist version of colonialism, without actually touching on the complicated, and sometimes painful relationship, between two people on either side of this ugly spectrum of our history. The parts of ‘Victoria & Abdul’ that do attempt to describe the nature of the human bond between the elderly Queen and the young Indian, are not entirely convincing on an emotional level. Very rarely are you moved by it.

Judi Dench as Victoria has rare conviction, such as when she argues that she may be everything that she is accused of, but not insane. It is a speech articulated with the blazing power of elocution, naturally possessed of by a classy English actress.

So without doubt, the film is watchable for its sheer spectacle and performance. But memorable it is not.