An emotional film about a bitter growing-up experience, this is the stuff of good cinema. 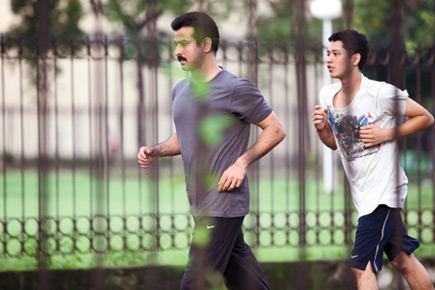 An emotional film about a bitter growing-up experience, this is the stuff of good cinema.


Udaan is a deeply felt movie with finely etched characters, but holds you only up to a point. It’s about a teenaged boy abandoned by his father at an elite boarding school in Shimla, about how the sensitive lad is expelled along with his friends for what appears to be a minor misdemeanour, and about his absolute horror, not at having been thrown out of school, but of having to go home to a tyrant of a father in Jamshedpur.

The problem is the Dad (Roy), an ogre of a man who takes up far too much screen time in Udaan. He is a troubled man, on the verge of a third marriage, with an unfortunate tendency to express his unhappiness by unleashing violence on his children, including a six-year-old boy, his second son, Arjun (Boradia). The older boy, Rohan (Barmecha), is indifferent and even resentful of his little half brother, until he sees the welts on the child’s back from his father’s belt.

The empathetic bonding that then takes place between the teenager and the six-year-old, linked by the umbilical cord of a monster father, is the stuff that good cinema is about. Barmecha is simply wonderful and his gradual transition from hostility to protectiveness and warmth towards the abused child is astonishing.

Since Udaan is a story idea that runs its course pretty quickly and is on limbo for the last hour, the movie focuses on the ambience of a small industrial town and how it creates small ambitions and smaller characters. One such person is Rohan’s ‘Chacha’ Jimmy, a well meaning, lively, humorous, but ultimately weak man, beautifully played by Ram Kapoor.

For all its meandering length and fixation on a father figure beyond redemption, Udaan is completely honest and very emotional in its recording of a bitter growing-up experience—full of hurt, short on joy and bereft of love.