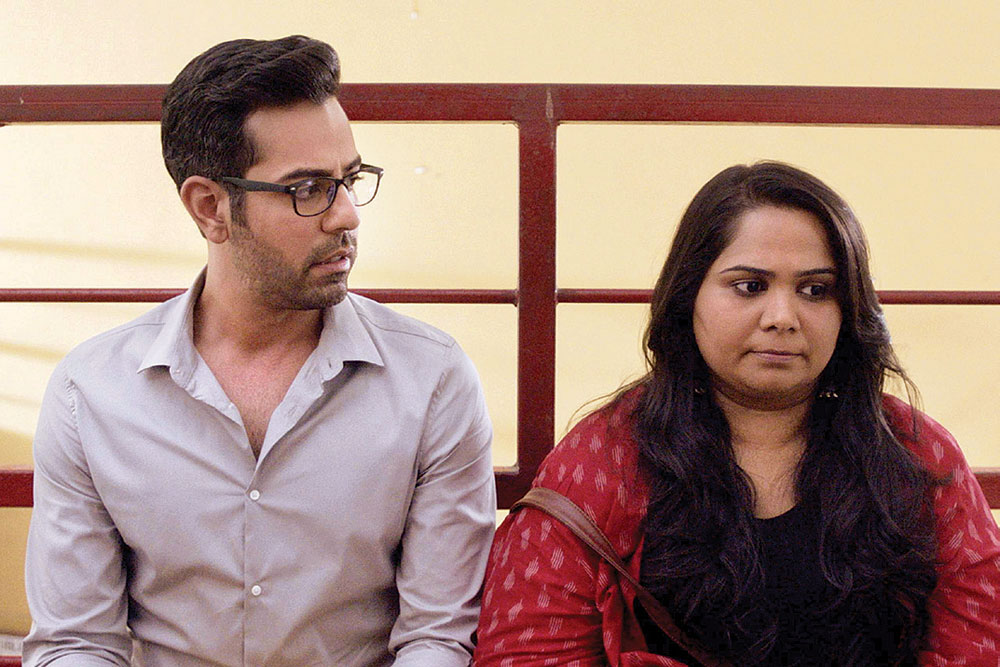 A scene from Pushpavalli Season 2

After a solid first season (that dropped at the end of 2017) established the unlikely but delicious premise of this ‘stalker black comedy’ and earned a small but fierce fan following, the second season (that came out in March) cemented its position as a work of extraordinary sharpness. Creator and star Sumukhi Suresh dialled up the drama as her ‘pathetic’ and recently shamed protagonist now returns to seek revenge for her humiliation from the man she was besotted with. When he is nice to her, putting her troubling behaviour behind them, she risks falling into the same pattern as before. Terrific performances from Suresh, Naveen Richard as Pankaj, the boss with anger issues at the library she works at and especially popular was Bengaluru’s RJ Shraddha in the scene-stealing role of Vasu the landlady whose digs Pushpavalli crashes at, making this show impossible not to love. 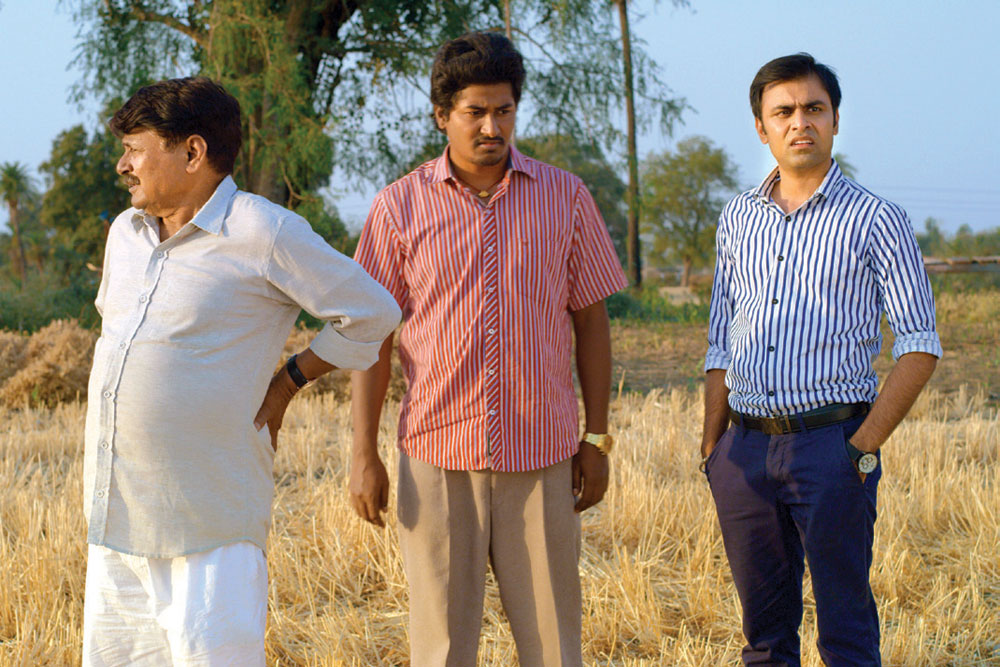 Anyone who can remember as far back as (and as fondly of) those charming Doordarshan shows Malgudi Days and Mungerilal Ke Haseen Sapne probably smiled through this similarly low-key drama about the rhythms of life in small-town India. TVF regular Jitendra Kumar perfectly embodied the disenchanted city boy who reluctantly takes a government job in a village, then proceeds to moan and groan about the laidback work ethic of his co-workers and the idiosyncrasies of the locals. The show’s real charm—even as the protagonist thaws and embraces the vagaries of village life—is the alarming regularity with which mountains are made out of molehills. Each episode focused on a seemingly innocuous matter that somehow balloons into an ‘issue’, such as getting a passport-size photo taken or the arrival of a new chair. The makers shrewdly but gently tuck in social commentary amidst the bittersweet goings-on and give us winning characters like the village pradhan (played by Neena Gupta) and the pradhanpati (Raghuvir Yadav) who officiates the panchayat by proxy. 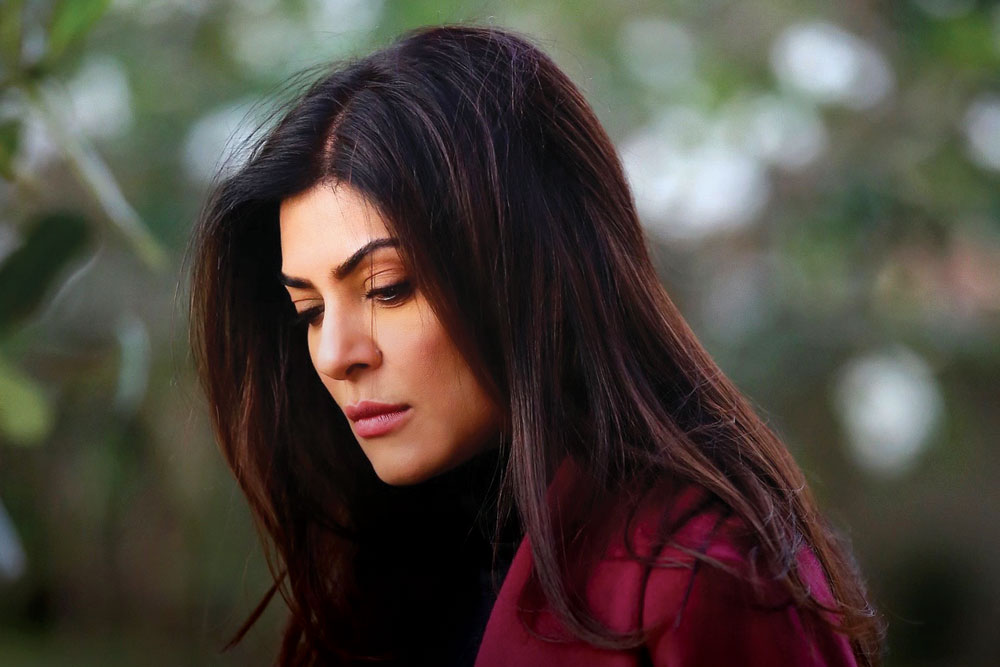 Ram Madhvani’s elegantly mounted drama about a middle-aged mother of three who must step up and take charge of her husband’s crime business after he is killed gave Sushmita Sen the best role she’s ever played and enough room to flex her as-yet-unseen dramatic chops. Perfectly accoutred and coiffed—her persona, her frame and her manner suiting the character to a tee—the former Miss Universe slipped into the part like a glove. But even with her at the centre of the drama, the show offered a battery of exciting actors in key roles: such as Namit Das as the drug-dependent partner of her dead husband, Sikandar Kher as a strong, silent bodyguard-type and especially Vikas Kumar as a stubborn cop who routinely gets in her face. Filmed handsomely in the la-di-dah parts of Rajasthan, the show is as much about the dynamics within a criminal family as it is the survival story about a mother who will go to any lengths to protect her brood. This was pure bingeworthy entertainment served in style. 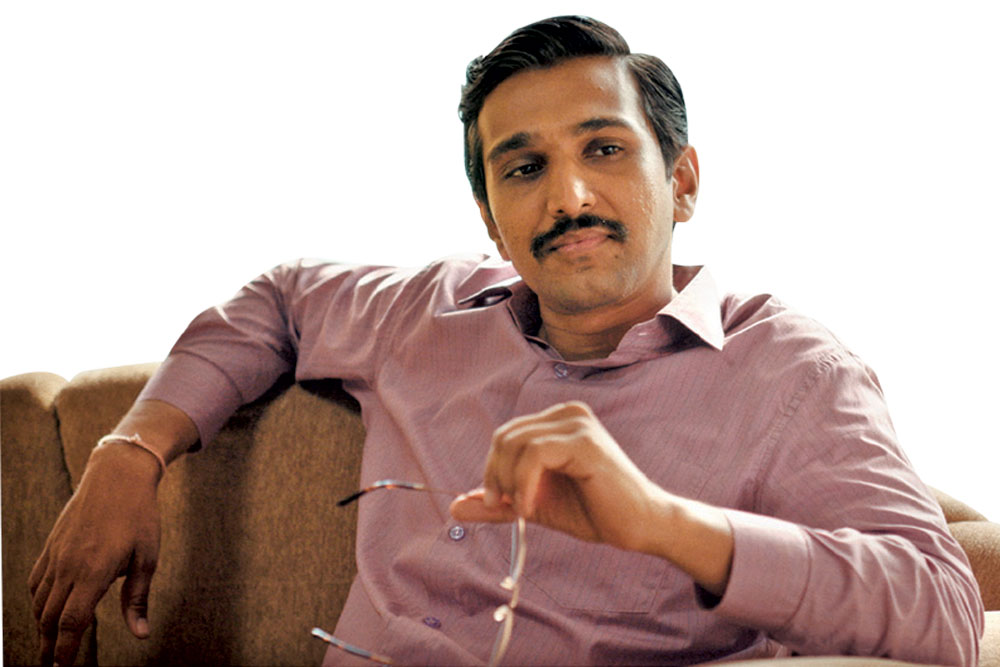 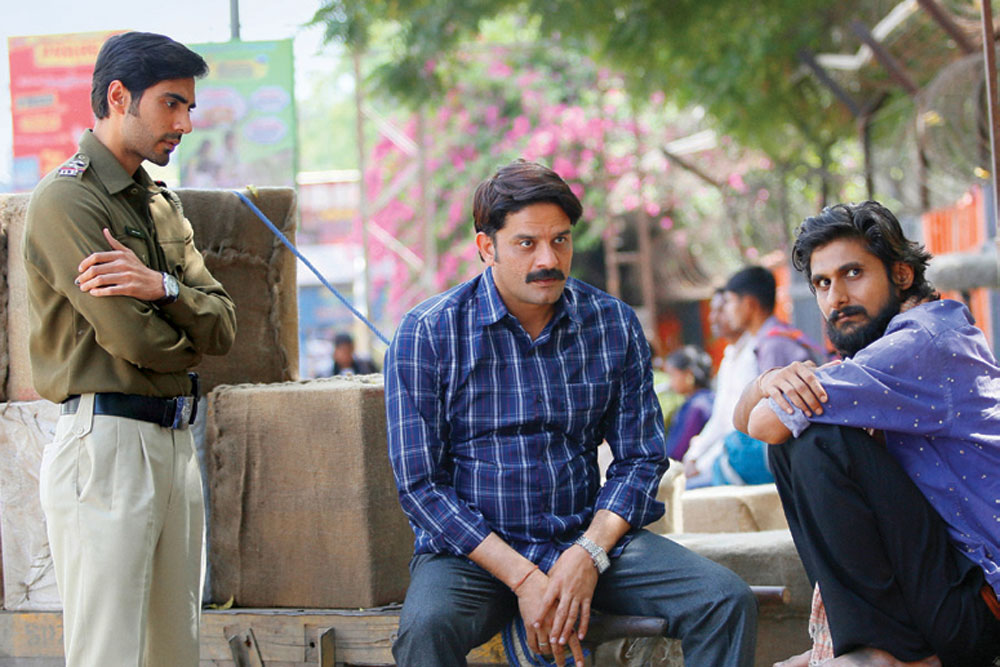 As much a journey into the coldest, darkest recesses of the human heart as an exploration of the sordid link among crime, lawmakers, the media and men who walk the corridors of power, this thrilling drama gave us a clutch of desperate characters, each a victim of his circumstances no matter which side of the moral divide they were on. Chief among them was Hathiram Chaudhary, the cynical, middle-aged cop from the Jamuna Paar station who becomes determined to prove his worth when he’s tasked with the biggest case of his career. Jaideep Ahlawat’s star-making turn as the world-weary Hathiram is some of the best acting we’ve seen all year, and the script’s skilful blend of procedural, noir and mythological allegory makes it one of the smartest shows in recent times. 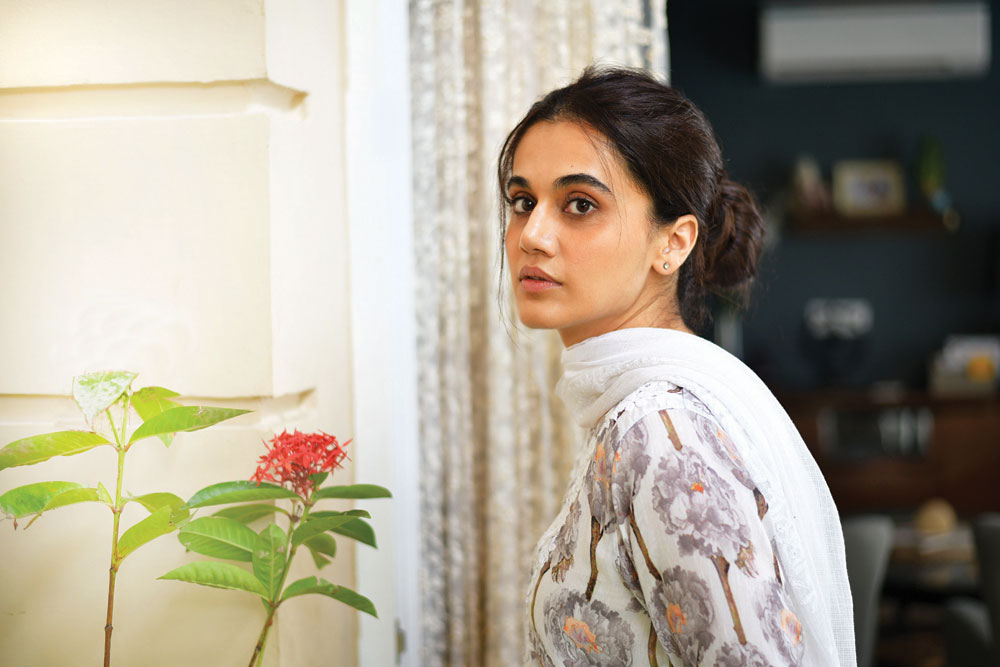 Anubhav Sinha’s third terrific ‘issue film’ in as many years is a powerful and urgent drama about male entitlement and outdated gender expectations. When a husband slaps his wife in a moment of misdirected anger, it leads her to question the very foundation that her marriage is built on. Taapsee Pannu is excellent as the wife who is advised by everyone—including her mother—to let it go, but realises that she can’t. The film forces uncomfortable but important questions about deep-rooted sexism and selfishness within the Indian marriage, and manages to make its point without beating you on the head with it. 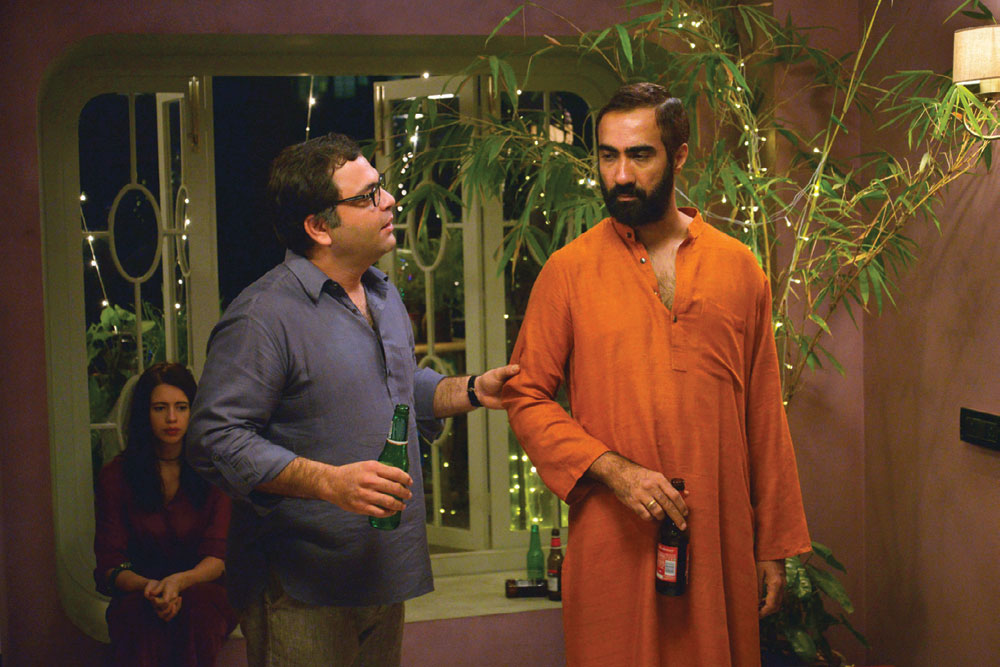 Rajat Kapoor’s delicious pitch-dark comedy about marriage, infidelity, and the morals you would sacrifice for friendship unfolds over the course of a Diwali house party whose hosts are hiding a dead body from their guests. Ranvir Shorey and Mansi Multani play the hosts in question, and the rest of the cast is populated with smart actors like Cyrus Sahukar, Sagar Deshmukh, Kalki Koechlin, Manoj Pahwa, and Rajat himself. Held together by a crackling script, the film is shot as if you’re eavesdropping on conversations between different groups scattered around a middle-class flat in a Mumbai apartment building. And while you spend much of the film cracking up over the bizarre scenarios that unfold as the party progresses, Rajat delivers a sting in the end that forces you to ask yourself how far you would go for a friend. 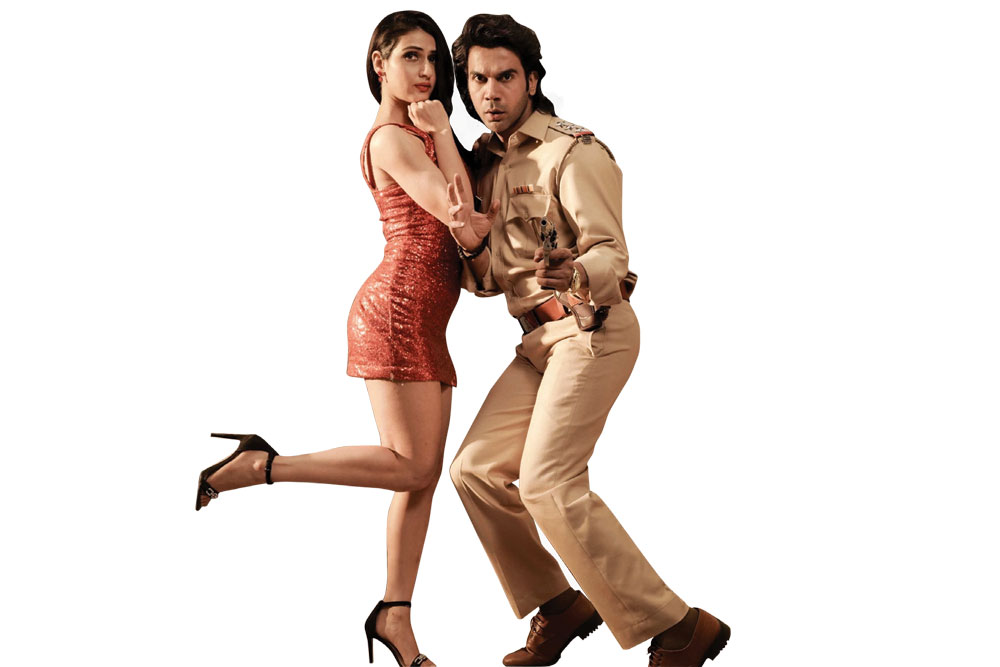 There are many imperfections in Anurag Basu’s dark comedy that features four interlocking stories—not every character is adequately fleshed out, the film is too long by at least 25 minutes, the climax is a bloated mess, and the writing is inconsistent. Yet the film benefits from his singular vision and the unmistakably unique lens through which he looks at life. In Rajkummar Rao’s Mithun-aping character Aloo he gives us one of the year’s most charming romantics—a man so besotted with his school crush that he remains devoted to her even after she’s married and has a child. He crafts a winning relationship between Abhishek Bachchan’s former convict and the little child who assists him in staging her own kidnapping. He gives us Pankaj Tripathi in strong form as a flamboyant don. Like Barfi and Jagga Jasoos this film too suffers on account of not knowing where to stop, but give me an ambitious, risk-taking imperfect experiment over another tried-and-tested assembly-line product. Ultimately there is much to appreciate and enjoy in this at-times-whimsical-at-other-times-baffling enterprise. 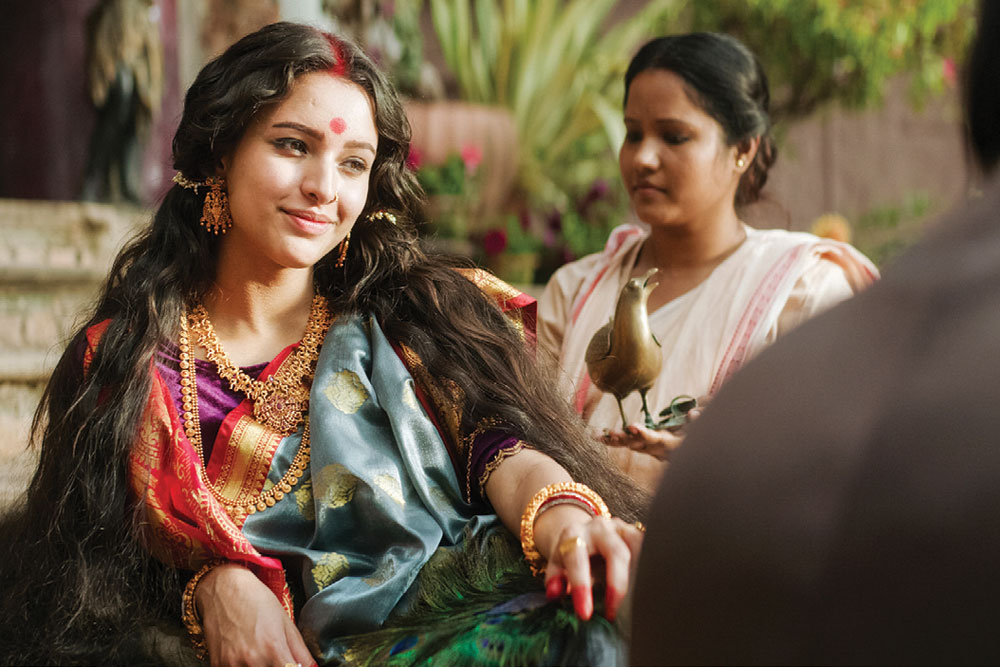 Writer Anvita Dutt’s evocative directorial debut is a smart cocktail of supernatural horror, folklore, and feminist fantasy. Set in Bengal in the late 1800s, it tells the story of a child bride who grows into a lonely young woman trapped in a sprawling haveli and the abuse she suffers at the hands of men. Dutt expands this premise to include a subplot about a series of mysterious deaths taking place in the nearby village…and it doesn’t take a genius to foresee where things are heading. Yet it is a testament to the luminous presence of leading lady Tripti Dimri, the film’s Raja Ravi Varma-inspired visual design, and the empowerment message cleverly woven into the plot that makes it a powerful and essential viewing experience. 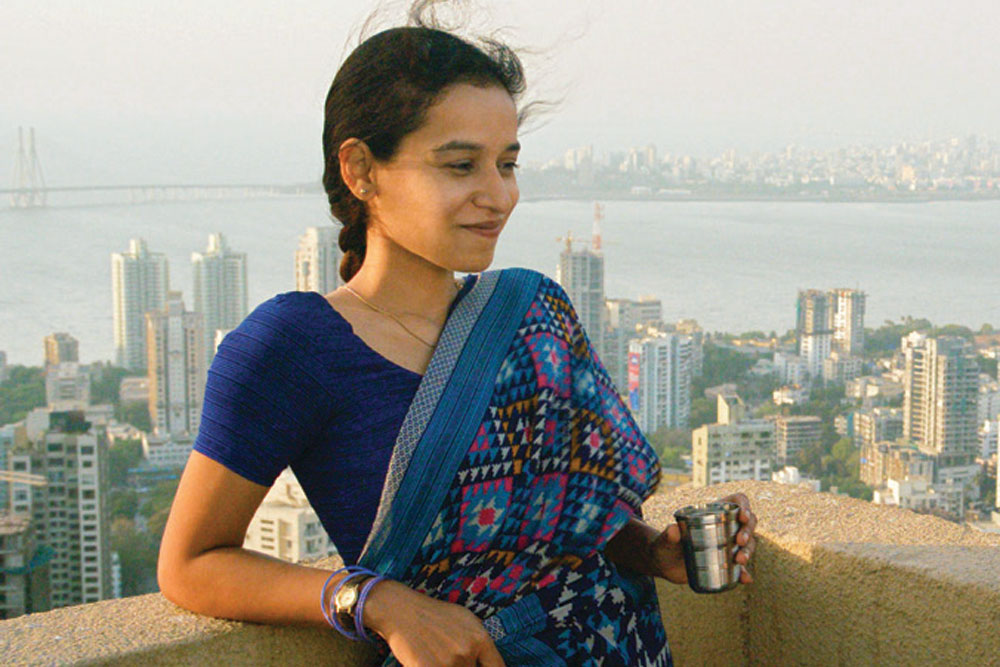 Rohena Gera’s thoughtful and deeply moving drama asks if love is indeed enough to bridge the yawning gap of wealth and privilege when an affluent young man and the woman who works as his domestic help develop feelings for each other. Tillotama Shome delivers a career-best performance as Ratna, who hopes to learn tailoring and become a designer one day. Vivek Gomber is her employer Ashwin, whose marriage has just been called off. Gera’s script treads delicately and respectfully around their feelings and their actions, giving us moments of quiet heartbreak but also hope. Few films got under my skin like this one did, and stayed with me for as long. It asks us to introspect and re-evaluate our prejudices, it tells us that we’re all complicit in creating an unfair, unequal world. But it does all this with the gentleness of a feather. The year’s best Hindi film, no question about it.