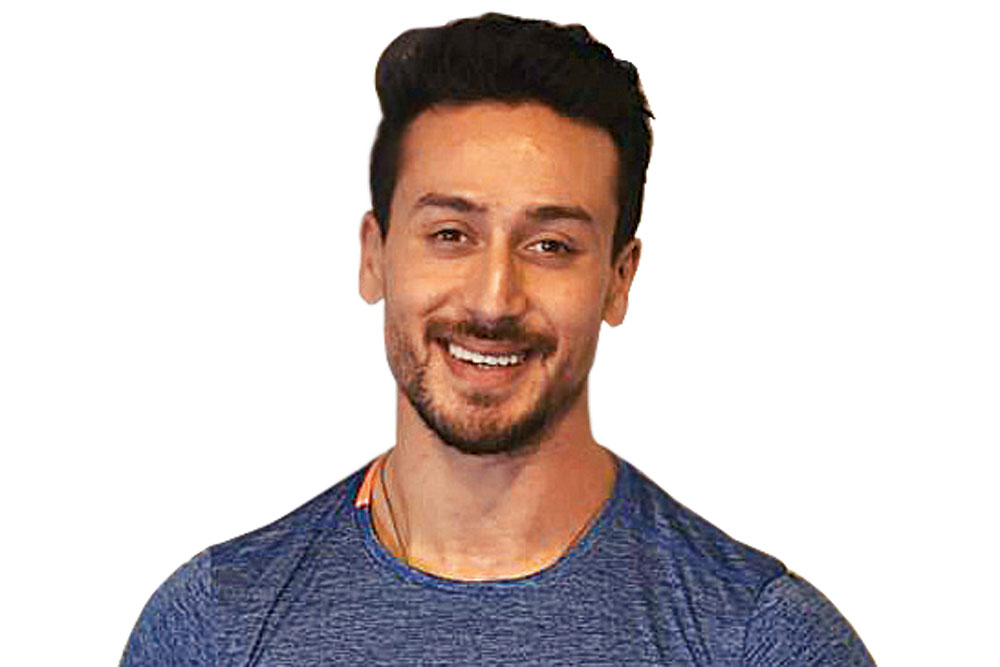 
You have to hand it to Tiger Shroff for trying. The elastic-bodied, nimble-footed star has taken a shot at singing. Earlier this week, the actor released his first single ‘Unbelievable’, which, as many critics pointed out, is a fitting title for the less-than-spectacular song.

As many as three composers and songwriters have been credited for working on the song whose pithy lyrics go something like this: ‘My hands all over your body/ let me grab that waist/ need to have that taste girl.’ Tiger’s voice, to be fair, may be the least offensive thing about the track, as are his dance moves that are totally on point.

The video, directed by his Student of the Year 2 director Punit Malhotra, is shot in moody black-and-white tones and conjures up a scenario in which Tiger, playing a hotel employee, seems committed to wooing a pretty coworker. When she relents, they take their romance to a
vacant suite, an abandoned ballroom, an empty pool—making the point, perhaps, that Covid-19 has hit the hotel industry pretty bad?

Story goes that Sanjay Dutt has offered to complete shooting his two under-production films before he must retire temporarily from public life to undergo treatment for his health. A few weeks ago, the actor was reportedly diagnosed with cancer, and while tabloids suggested that he may be at an advanced stage, the actor’s family has refrained from revealing details of his diagnosis.

Dutt is expected to complete both the Yash Raj Films project Prithviraj, based on the life of Prithviraj Chauhan, in which Akshay Kumar plays the titular role, and another film for the same banner, namely Shamshera, a dacoit drama starring Ranbir Kapoor. According to sources, Dutt has already been filming Shamshera at Mumbai’s Film City; he is believed to have only a few days’ work left on the film. For Prithviraj, he will join Akshay on the set when the Padman star returns from Scotland where he is currently filming Bell Bottom with Huma Qureshi, Lara Dutta and Vaani Kapoor.

All plans for a third Munnabhai film are said to be on hold for the moment; in any case, director Rajkumar Hirani is currently working on a project with Shah Rukh Khan. Dutt had been looking forward to making a new Munnabhai film; he’s said he’s been in contact with Hirani for updates on a potential script.

Asha Bhosle, who has been spending time with her son Anand and his family at her Lonavla bungalow since early days of the lockdown in March, was pleasantly surprised to discover that some of her Mumbai friends were also isolating in the neighbourhood. Javed Akhtar and Shabana Azmi had also come to their own property nearby, and reportedly, the two families caught up over meals a few times. Asha, whose culinary skills are the stuff of legend, is believed to have whipped up some of her specialties on these occasions.

The legendary songstress also caught up with actress Tanuja who has a home close by and who had also got away from the city to spend time in quietude. The Mangeshkar sisters have remained close to the Samarth family for years; not only have both Asha and Lata Mangeshkar lent their voices for songs filmed on Tanuja and her late sibling Nutan, but also for songs featuring Tanuja’s daughter Kajol. In fact, Kajol has been in regular touch with Asha over the years, and even after she moved to the suburbs following her marriage to Ajay Devgn, she frequented the singer’s south Mumbai apartment over lunch.