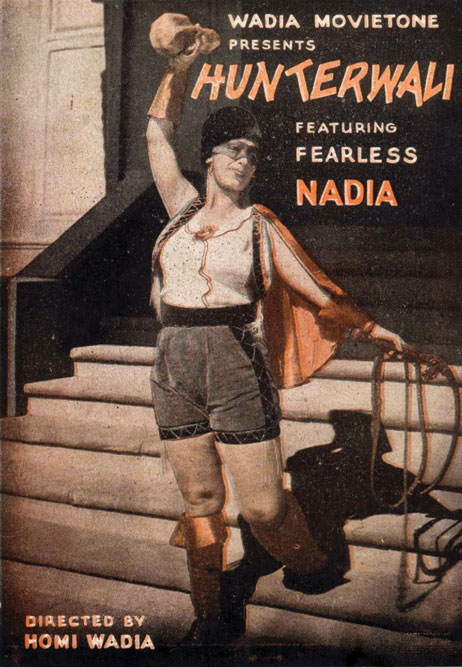 THE AMAZING EPIC IRAN exhibition currently on at London’s Victoria and Albert Museum traces 5,000 years of history and culture and is the first in London for many years, the British Museum’s Forgotten Empire (2005) having covered only the ancient period. The importance of this great civilisation is so significant that this is an almost impossible task, but the sheer wonder of the items in the exhibition makes it a well calculated risk. The catalogue is essential reading, not just to allow time to study the objects in more detail but also because it discusses many items currently in Iran which were intended to be displayed but could not, reminding us of today’s global tensions.

The early rooms are an immediate reminder of Iranian culture that was so sophisticated even at an early date. The figurine of a man, on loan from the Metropolitan Museum of Art in New York, is a small bronze statue of under 20cm. He is wearing a cap with ibex horns and has a bird of prey around his shoulders and unforgettable curled toes. It is a striking figure by any standards, but more so when one reads it is dated 3200-2900 BCE.

The rooms which fascinated me most were the pre- Islamic ones which covered the great Persian Empire of the Achaemenids (circa 550-330 BCE) and the Sassanians, which show how this great culture impacted the West and the East, and the world in general. Stretching from Egypt in the West to Pakistan in the East, this was one of the earliest of empires.

The rise of this empire features in two great Western traditions, namely the Bible and the classical world. The fall of Babylon under the founder, Cyrus the Great, is told in the Biblical story of Belshazzar’s feast, also known as “the writing on the wall”, now an everyday phrase. At the feast, writing appeared on the wall which Daniel interpreted as god’s displeasure, predicting that the Persians and Medes would take the city. Under Cyrus, the Jews who were captive in the city were then able to return to Jerusalem and rebuild the temple. For this, Cyrus is regarded as anointed by god. (Many may know this episode from Boney M’s song, “By the rivers of Babylon”.)

The names of the Achaemenid emperors Cyrus, Darius and Xerxes are familiar in the West as figures in the history of Greece. (An excellent and highly readable account is Tom Holland’s book Persian Fire, 2005.) When we studied Greek at school in the 1970s, two authors we read engaged with the Persians. The first was Herodotus 484-425 BCE, whose Histories discusses the Persian Wars, including the battles of Marathon, Thermopylae and Salamis. The other was Xenophon (circa 430-354), an Athenian soldier who fought in Cyrus the Younger’s campaign to capture Babylon in 401 BCE. His works, the Anabasis, about his campaign, and the Cyropaedia, concerning Cyrus, inspired Alexander the Great in his campaigns in Iran (and, of course, in India).

Iran has shaped the history of the West, as the Persians were defined as ‘the Other’. The Persian Wars represented the defeat of barbarianism and tyranny, marking the founding of Western democracy. This exhibition shows the other side of the story and that the Persians were far from barbarians, but a great empire with a highly developed civilisation.

The Achaemenid emperors’ names are familiar in India today among the Zoroastrian community. Although it seems that there was an early form of Zoroastrianism under them, with mentions of Ahura Mazda and, later, Mithra and Anahita, it was under the Sassanians (224 CE to the Arab conquests of 651 CE) that Zorastrianism was established and the Avesta compiled.

I took my special paper as an undergraduate in Avestan, the language used in the holy text of the teaching of Zarathushtra. This includes the Yasna, and the Gathas, the seventeen hymns composed by Zarathushtra himself. One of the manuscripts on display of the Avesta dates to 1647 and was donated by Burjorji Sorabji Ashburner of Bombay to the Royal Society of London, and now in the British Library. (Many will remember the wonderful exhibition, The Everlasting Flame, about the religion and culture which first showed at SOAS University of London eight years ago before travelling to Delhi three years later.)

The exhibition doesn’t have space to look in detail at relations between Iran and India, although the cultural impact is vast, from painting to cuisine to clothing. As Persian was the Mughals’ courtly language, it has affected many Indian languages, Urdu most of all but Persian words are found in all north Indian languages (I don’t know about the Dravidian languages.)

The impact of the migration of Zoroastrians to western India where they became known as the Parsis, has been disproportional to their numbers and is highly visible, in particular, in Mumbai. Although they are frequently stereotyped as a somewhat eccentric community, the Parsis have played a huge role in every aspect of India, including the economy, politics, science, the military, sport and culture––from literature to cinema to music.

They also have been central to all aspects of Indian cinema, and here I mention only a few by name. One of the foundations of Indian cinema was the Parsi theatre, that is companies owned by Parsi businessmen. Jamshedji Framji Madan began in Parsi theatre but later became a producer, exhibitor and distributor, his Elphinstone Bioscope Company in Calcutta in 1902 later becoming part of Madan Theatres. Ronnie Screwvala is one of the most significant figures in film and television production.

Ardeshir Irani made India’s first talkie, Alam Ara in 1931, while Sohrab Modi’s Minerva Movietone made historicals, including Sikandar (1941), the story of Alexander’s invasion of India from the Indian viewpoint, allowing a nationalist interpretation. Wadia Movietone is remembered for JBH Wadia’s films starring “Fearless Nadia”, while Homi Wadia later made many popular mythologicals.

Many Parsis were important behind the scenes, including Faredoon A Irani, Mehboob Khan’s cameraman, for films including Mother India (1957), while Shiamak Davar and the half-Parsi Farah Khan reshaped film dance styles, in the “Bollywood” era.

There are few female music directors in Hindi cinema, but in the early days of the talkies, Saraswati Devi (real name, Khorshed Minocher-Homji) wrote the music for Bombay Talkies films, including Acchut Kanya (1936).

Actors include the action star, John Cawas, to the two child actors, Daisy and Honey Irani, the latter of whom became a scriptwriter while her children, Farhan and Zoya Akhtar, are major figures today. Aruna Irani is remembered for her positive (Bombay to Goa, 1972) and negative roles (Beta, 1992), while Boman Irani has established himself with many great performances, including in the Munna Bhai films.

Among a handful of films about Parsis are several which explore the community. The middle or parallel cinema made Khatta Meetha (1978), Pestonjee (1988) and Percy (1989) and Sooni Taraporevala, who scripted several of Mira Nair’s films, including Salaam Bombay! (1988), wrote the screenplay adapted from Rohinton Mistry’s novel Such a Long Journey and has also directed the delightful Little Zizou (2007).

Other films use the figure of the Parsi to represent someone who disrupts the Hindu-Muslim binary, using the figure of the child, so Deepa Mehta’s Earth: 1947 (1999), an adaptation of Bapsi Sidhwa’s Partition novel, and Parzania (2007), about a Parsi child caught in the Gujarat riots of 2002.

For many of us who have spent time in Mumbai, the Irani café remains dear to our hearts. Boman Kohinoor of the Britannia restaurant in Ballard Estate was as famous for his love of the British royal family as for his berry pulao. He died two years ago aged 97 having finally met the Duke and Duchess of Cambridge. He also spoke in Persian/ Farsi to a friend we took to the restaurant. This ability to adapt, as the story goes, like sugar dissolving in milk, where it mixes and flavours everything, remains as true today as it did when the Parsis first came to India.