The Spy Who Dumped Me Movie Review

There is no doubt that the two actresses have good chemistry and could pull off the  spoof, at least halfway 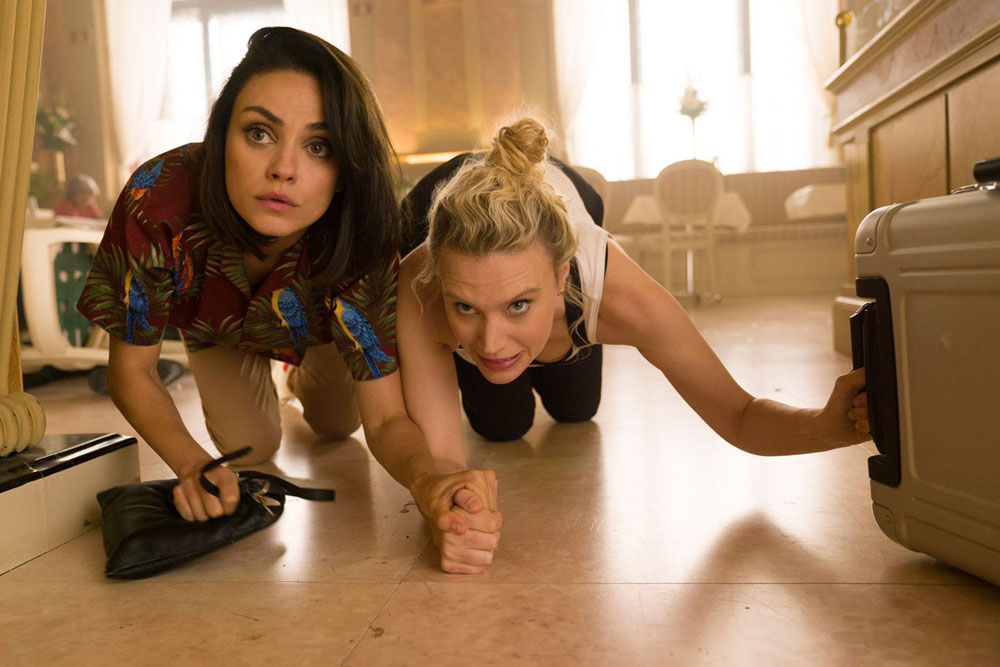 Here you have a feminist take-off on the 1960s Ian Fleming novel and 1970s James Bond movie adaption, ‘The Spy Who Loved Me’. So the premise is: in 2018, what would happen to the woman loved and then dumped by a spy? Naturally, she would take over from the man and become a spy herself. There would be obvious advantages to the gender switch. The bulky micro-films from that era that could store data on how the world would be destroyed by Governments or evil organisations, are now compressed into tiny flash drives. They are so small, they can easily be hidden inside a woman’s vagina.

This is what actually happens in an insane moment of this comic action movie starring Mila Kunis and comedienne Kate McKinnon. Audrey (Kunis) says excuse me, asks witnesses to turn away for a moment, then extracts the drive and hands it over to another spy she is crushing on.

At the start of the film, Audrey is dating Drew (Justin Theroux). He is cornered by the bad/good guys who want the flash drive. So he dumps Audrey and vanishes into the blue, leaving her to be stalked and then chased on suspicion that she knows where the drive is. She has a ‘bestie’ in whom she confides, who is named, would you believe it, Morgan Freeman (McKinnon). Ms. Freeman joins Audrey on a wild goose chase across Western and Eastern Europe, eluding the clutches of MI6, CIA, and, quite possibly, Russian Intelligence, in addition to ordinary terrorists, and having the time of their lives.

Given the recent embarrassment to the actor Morgan Freeman, naming a character after him who spouts feminist credo at every turn of the plot, is a bit rich. But Kate McKinnon is quite funny in the film and she uses the various European accents she acquires very well. A little bit of German in Austria, some French in Paris and a plummy English one to deceive Canadians, are the highlights of her mimicry. Then she falls for the lady Chief of British Intelligence, and lavishes extravagant praise on her Judy Dench like demeanour, and waxes eloquent on what a turn on it is to see a woman ordering men around the way she does.

Later, it is discovered that the drive, for the possession of which dozens of people are killed across continents, has a password that can’t be cracked. So Morgan Freeman calls up her friend Edward Snowden in Russia for help. All this name dropping is amusing, but after a while the movie stretches the parody into burlesque. Then it becomes a little unwieldy and not as funny as before.

There is no doubt that the two actresses have good chemistry and can pull off this spoof, at least halfway. Had there been a little more fine tuning on the script by writer and director Susanna Fogel, she could have taken it across the finishing line as a winning comedy.