The Pull of the Provincial

Has the metro become less glamorous for Indian cinema? 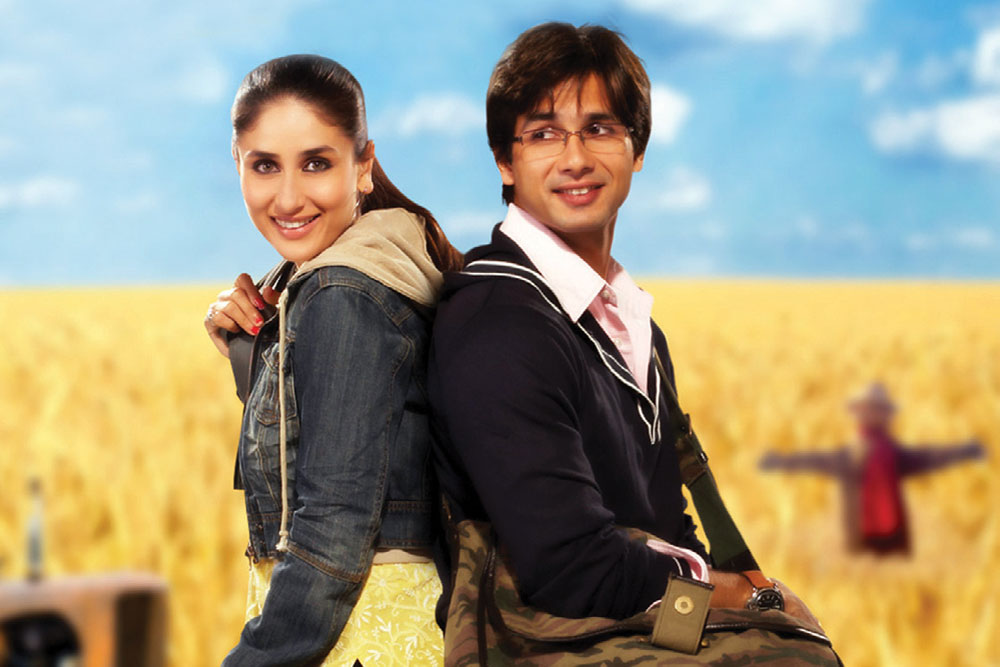 
I AM A GEORDIE, or a Northumbrian—that is, a person from the northeast of England. We’re a distinctive group, known for our strong to incomprehensible accents, directness (to put it politely) and a fondness for the good life. We are seen as the Punjabis of England: jovial but lacking sophistication and learning. Just as with them, this is easily disproved. We had a glorious moment in the 19th century of knowledge and Enlightenment, producing one of the great landscape gardeners, ‘Capability’ Brown, George Stephenson ‘Father of the Railway’, Joseph Swan (inventor of the incandescent lightbulb), Charles Parson (the steam turbine) as well as, slightly more awkwardly, the man who armed the world, Lord Armstrong. It was a ‘Geordie lad’, Admiral Cuthbert Collingwood, who brought victory at Trafalgar after Lord Nelson died early in the encounter. Newcastle was long the fourth greatest printing centre in England after London, Oxford and Cambridge. We are also self-deprecating, as you can read in Dan Jackson’s book, The Northumbrians: North-East England and its People—A New History, whose launch I attended recently at the Lit and Phil, the Literary and Philosophical Society of Newcastle, founded in 1793, a place for conversation. I think anyone would need to spend about 15 minutes in Newcastle to see why I love Bombay/Mumbai and Calcutta/Kolkata so much and vice versa.

Is it terrible to be provincial rather than metropolitan? Could anyone seriously call Newcastle a provincial city unless one agrees that only London and possibly Edinburgh are metropolises in the UK? Does the metro view of India have to be the only one which counts? Why are the people from ‘somewhere’ who are rooted and localised so different from the people from ‘nowhere’ according to the social theorist David Goodheart? Is there a way in which regions and metros can connect more harmoniously? How do those of us who are provincial, love our origins but live and work in a metro, negotiate between the two?

Indian cinema is divided into Hindi cinema, now called Bollywood, and ‘regional’ cinemas, lumping together the rest of the country. In the post-Independence period, Hindi cinema, aspiring to be India’s national cinema, aimed to address the new Indian citizen. The impossibility of creating an ideal modern Indian citizen led to an awkward avoidance of caste, viewed as pre-modern or even anti-national. Cinema upheld the policy of a national language through its use of the lingua franca of Hindi/Urdu/Hindustani, playing a role more important than that of the state, which was meanwhile shaping the new nation into linguistic and regional states, thereby entrenching regional differences.

Although the Hindi cinema industry itself has never been located in the Hindi belt of north India, the north, largely Uttar Pradesh and Punjab, has remained the imaginary homeland for much of the Bombay-based Hindi film. While the movies of the last 20 years may be set in Bombay or overseas, often in London or New York, their main characters reveal by their language and their names that they are north Indian high-caste Hindus, thus the ‘normal’ Indian. Other populations become ‘minorities’ and the rest of India ‘regions’, which are marked as divergent from the mainstream. Defined by Hindi cinema, this figure has become, by default, the average Indian.

In India too, metros are grouped together, distinct from the provincial. The Hindi film audience is overwhelmingly urban so this is the audience it seeks to address rather than the traditional village Indian who was hardly ever likely to view the films. This is changing with the widespread adoption of smartphones, especially in India’s smaller towns, as noted by Snigdha Poonam, among others.

The metros may be situated far apart and be capitals of particular regions but in many ways they are more similar to one another than they are to their hinterlands. Some cities hardly seem to belong to their hinterlands, such as Bombay, despite attempts to make it more Maharashtrian. These days, differences between metropolises are marked less by state and language but more by lifestyle and other choices. Indeed some metros seem to have become deregionalised.

For many people Bombay is the Indian cosmopolis. It looks out to the Indian Ocean and the Gulf (it is a major exit port for the Hajj) and now increasingly to the US rather than to its hinterland. Regional differences remain—so one can be a Punjabi in Bombay, even after many generations—but other factors can be more defining than region or one’s language with Hindi and English being the only dominant bridge languages in the city. Bombay is the media centre of India, not only for film but also for music, television and advertising. However, Bombay is often used as wallpaper, a meaningless backdrop in Hindi films not so different from London and New York which feature so frequently in Hindi films that they seem to have become honorary Indian metros.

The ‘small town’, which has begun to feature in Indian cinema more recently, would be a large city by non-Indian standards and is distinguished by being non-metropolitan. They are usually in Uttar Pradesh, which may include major ancient cities such as Allahabad or Varanasi, or in Punjab, such as Bathinda in Jab We Met (directed by Imtiaz Ali, 2007). Choosing a small town location may offer filmmakers a different type of storyline as in Bunty Aur Babli (Shaad Ali, 2005), in which the young couple runs away from just such a stifling small town to Bombay; or in Tanu Weds Manu, (Anand L Rai, 2011), when the heroine is determined to escape from Kanpur. However, the small town is usually inauthentic: so while Bihar may be referred to, films are rarely shot there and the actors’ accents are not local, although the stories are grounded there. Non-metropolitan India may isolate the action from the city and present problematic social issues that hardly affect metropolitans but it also highlights more traditional categories such as region, caste and class.

The village, where most Indians live, is seen as being ‘authentic India’, but it is not where most film viewers live or want to live. Earlier Indian films extolled rural values such as simplicity, honesty and family life and although these are still seen in 1990s’ films such as Raja Hindustani (Dharmesh Darshan, 1996), they have largely faded from the screen. The early 1990s had figures such as Govinda who were associated with non-urban life and its values, though often as poor people who came into conflict with the local rich. A popular genre until the mid-1990s was the thakur (a feudal landlord) film which featured overbearing landowning castes ruling the decent poor with a heavy hand and cheating their other family members who then sought revenge. This was the motive for films such as Ram Lakhan (Subhash Ghai, 1989) or Karan Arjun (Rakesh Roshan, 1995) which were sidelined by the rising diasporic romance and cinematic emphasis on consumerist culture.

Rural settings were later reintroduced as they became part of the new roadtrip consumerist culture with tourist destinations featuring heavily. This was the case with Rajasthan in Lamhe (Yash Chopra, 1991) or Bhool Bhulaiyaa (Priyadarshan, 2007) but more exotic overseas locations became popular such as Berlin in Don 2 (Farhan Akhtar, 2011) or new destinations such as Spain in Zindagi Na Milegi Dobara (Zoya Akhtar, 2011).

While the small town and the village became places that were barely part of the popular imaginary during this period, more realistic films began to use these locations. A satire on the media, Peepli [Live] (Anusha Rizvi and Mahmood Farooqui, 2010), was produced by Aamir Khan whose endorsement helped it reach a wide audience. It concerned itself with the problems of village life, not least of which is farmer suicides, but had the protagonist migrate to the city to work as a labourer as even urban poverty is better than life in the village.

The biggest blockbusters of all have shown that the provincial can be more interesting to audiences than the metros—or has the metro itself become less glamorous than before? Dangal (2016), set in rural Haryana, is one of the biggest hits of all time despite its deglamourised heroines, a realistically ageing Aamir Khan and Haryanvi accents. Meanwhile, the great epic fantasy-historical films, Baahubali: The Beginning (2015) and Baahubali: The Conclusion (2017), have created fantasies of royal cities as have historicals such as Bajirao Mastani (2015) and Padmaavat (2018). These redoubts are remote, walled and fortified, adorned with vast palaces and lorded over by charismatic rulers. Whether they are metros or provincial seems ahistorical. Rather, they serve as ideals. Baahubali has also shown that ‘regional’ cinema is irrelevant as spectacle and story, stars and music can make a pan-Indian film in Telugu/Tamil work across the whole country, irrespective of whether the setting is regional or metropolitan.