The Party’s Over at Cannes

The luxury yachts are missing and the fabled Vanity Fair party is off. But nothing can stop the irrepressible Vijay Mallya 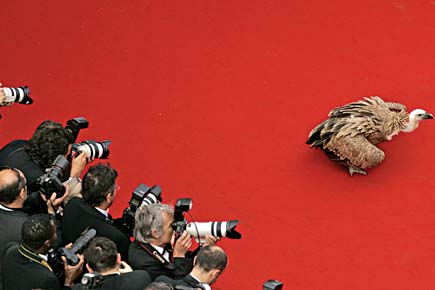 The luxury yachts are missing and the fabled Vanity Fair party is off. But nothing can stop the irrepressible Vijay Mallya


The luxury yachts are missing and the fabled Vanity Fair party is off. But nothing can stop the irrepressible Vijay Mallya

Wild beach parties, giant yachts and the glamourati walking down red carpets in bejewelled couture form the quintessential Cannes landscape—the world’s preferred photo op. Given that excess is temporarily out of fashion, Cannes too seems to be reining in the opulence, albeit subtly. The gritty realities that the Cannes audiences love to see essayed in the films they pick, are a far cry from the Cannes playground of the rich and famous.

Amidst the 12-day frenzy of wheeling, deal-making and film screenings, talk is rife about Vanity Fair magazine not hosting its glitzy party this time. To boot, the number of luxury yachts visible on the harbour have dwindled. An average yacht costs about ¤90,000 a day and it appears expensive to an already slashed American corporate budget. The air is thick with belt-tightening measures and champagne cutbacks on the Riviera, famed for its luxurious living and extravagance.

Attendees at the fest are staying for fewer days and companies have sent fewer representatives as compared to the past. But it isn’t all about the shift to thrift. The Hinduja brothers’ annual party at the fest saw its usual select attendees, and industrialist Vijay Mallya threw his own Bollywood-themed bash at his villa on the Riviera, which 300 guests attended. Karan Johar knows how to mix business and pleasure and he did just that at Mallya’s do. But the global credit crunch—so visibly reflected in slowing DVD sales and advertising—has cast a shadow over Cannes, both in terms of business and pleasure.

The 62nd Festival de Cannes had Bollywood representing the Eastern arm of filmmaking in all its resplendent glory, with Cannes regular Aishwarya Rai-Bachchan working the red carpet with hubby Abhishek by her side on the opening night.

Cannes first-timers Hrithik and Rakesh Roshan screened portions of their next film, Kites, starring Mexican actress Barbara Mori, for potential buyers in the hope of finding international distribution for the film. With dialogue in Hindi, Spanish and English, Roshan Sr hopes that the film—which was shot extensively in New Mexico—finds an audience in South America as well as South Asia.

Karan Johar, an invitee of Chivas Regal this year, walked the red carpet in Martin Margiela designed threads, used the platform to further expand his business network in the interest of his upcoming films—My Name Is Khan, Wake Up Sid and Jehaad.

Akshay Kumar’s next, a Bollywood meets Hollywood collaborative venture called Kambakth Ishq, also found place under the Cannes sun with its ensemble cast. Akshay gave the red carpet walk a miss as the film could not be screened for the media or public at the fest in keeping with legal conditions laid down by the Association in the context of the ongoing theatre strike in India. It marks the debut of Sylvester Stallone in an Indian film along with Superman Brandon Routh and Bond girl, Denise Richards.

Among the many films looking for distributors was Teen Patti, a thriller featuring superstar Amitabh Bachchan and Sir Ben Kingsley. Teen Patti falls in the global cinema category, like Slumdog Millionaire. Whilst Preity Zinta carried out her endorsement duties for a jewellery brand, filmmakers like Bobby Bedi and Imtiaz Ali talked shop. Manisha Koirala highlighted actress-turned-director Deepti Naval’s film, Do Paise Ki Dhoop, Chaar Aane Ki Baarish, which she stars in. Hollywood may choose to launch its blockbusters elsewhere, but Bollywood is game for Cannes’s high stakes, circumspect vision notwithstanding.