With the general election upon us, Hindi cinema has been converted into both portfolio and manifesto 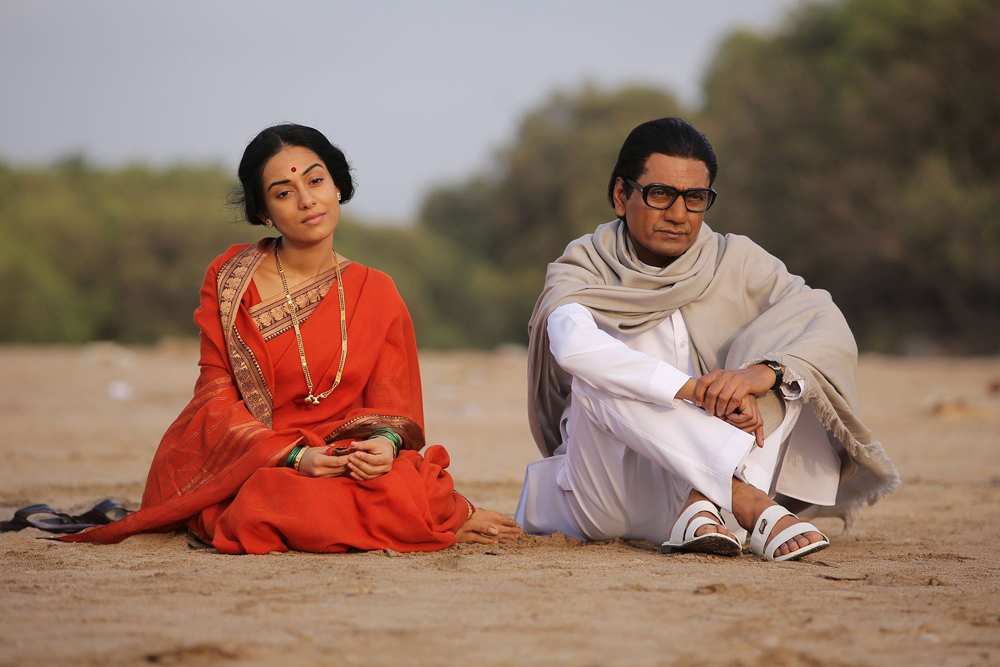 With the general election upon us, Hindi cinema has been converted into both portfolio and manifesto. Keeping in mind the BJP’s aggressive use of ‘Bollywood’ actors in presenting their programmes and ideas in recent months, and the conversion of film industry resources into making patriotic biopics for the Government, every political party now feels pressurised into using this media to present their distinct identity.

In this sense, the making of a film on Balasaheb Thackeray may have been unavoidable. To maintain its strong voter base in Maharashtra, the political party he founded as early as the 1960s, cannot afford its voice to be drowned out in the cacophony of ‘movie politics’ that is emerging out of Hindi cinema, almost on a weekly basis.

The Shiv Sena was possibly the first party to be sensitive to the power of the big screen. An analysis of several agitations across the decades, clearly indicates Balasaheb Thackeray’s long association with significant figures – actors, directors and writers – within both Marathi and Hindi cinema. In fact, his first protest of the Hindi film industry’s domineering tactics was when he prevented a Dada Kondke movie from being withdrawn from theatres, despite the film doing well with the Marathi speaking people of Mumbai. One of the best done scenes in ‘Thackeray’ is when a distributor and theatre owner of a movie hall in Dadar is compelled to bring the Kondke film back on public demand. Balasaheb argues in his speech that despite the founder of Indian cinema, Dadasaheb Phalke, being a Marathi speaker, the Marathi film industry is being pushed around in its own city and state of origin.

The crafting of ‘Thackeray’ is shrewd, and the script is a vivid illustration of the political leader’s ideology. He was a polarising figure, with many people vehemently in disagreement with his ideas and policy. But his divisive persona has been etched very well in the film. In turns persuasive and hectoring, amenable to reason at one moment and completely unreasonable the next, it captures the man as we knew him then from media coverage.

Above all, the film shows Balasaheb’s understanding of political rhetoric and his vast knowledge of his constituency. Actor Nawazuddin Siddiqui plays the leader uncannily well. That he is capable of playing a character who induces absolute fear was clear in ‘Raman Raghav: 2:0’. That he could play a whimsical, urbane and passionate writer, in love with the city of Bombay, as it was then, was apparent in ‘Manto’. Here he combines aspects of both. He essays a cartoonist who loves his city; an acerbic contributor to magazines and newspapers who is suddenly enraged by his social and political environment and transforms himself from an amiable talker to an infuriated doer. It is a strange case of Dr Jekyll and Mr. Hyde.

By using black and white film to shoot a large part of ’Thackeray’, the makers are able to assist Siddiqui’s metamorphosis. In colour, the edges show more obviously and he becomes less convincing. So the structure of the film has Balasaheb facing a courtroom, whilst the story of his evolution is shown largely in black and white flashbacks.

There is no doubt that the film is speaking to the converted. But what is interesting in the movie is the question of the how and why of cinema being used to preserve distinct political constituencies by so many parties and ideologies. Especially, at this juncture of our history.