News about the launch of Aankhen 2, a sequel to the 2002 thriller starring Amitabh Bachchan and Sidharth Malhotra, highlights an unusual Bollywood phenomenon—the lucky outsider. Few non-family newcomers have had the kind of good fortune as erstwhile Delhi boy Malhotra, who continues to get significant work and media coverage despite delivering a series of movie disasters. One of the three youngsters launched by Student of the Year in 2012, Malhotra was an assistant director in My Name Is Khan (2010). While his debut movie did well, few of the 10 movies he has done since have been successful. Since Kapoor & Sons, in which he was the weakest link, made Rs 70 crore at the box office, he has had a series of films which have been underwhelming. Yet, it doesn’t seem to dim either his so-called star value, reflected in his endorsements, his home being designed by Gauri Khan, or his star girlfriends—the latest of whom seems to be rising star Kiara Advani, who plays his girlfriend in Shershaah, a forthcoming biopic of Kargil martyr Captain Vikram Batra. Is it merely because he was launched by starmaker Karan Johar, whom few in the industry want to alienate?

When Luv Ranjan was developing the script for Ranbir Kapoor’s new film, he was clear he wanted the father to be played by “someone like Boney Kapoor”. When he saw him in Vikramaditya Motwane’s AK vs AK, where he plays himself, he decided to go for the original. So here is Boney Kapoor now, at 65, making his debut as a “rich, super confident guy” in Ranjan’s romance, which is being shot largely in Delhi. Playing his wife will be Dimple Kapadia, whose Tenet appearance has reminded filmmakers in India of the powerhouse of talent she is. Watch out for her performance as a wily politician in Tandav, Ali Abbas Zafar’s political series set in Delhi.

Swaroop Sampat has spent much of her life after her success in the TV sitcom Yeh Jo Hai Zindagi as a teacher to disabled children and wife to Paresh Rawal. A rare appearance by her onscreen is one of the many highlights of Ramin Bahrani’s The White Tiger. The Miss India 1979 plays a lower-caste politician who is unafraid of inspiring fear among her rivals and supporters, whether it is by asking for huge amounts as bribe, hurling the most vicious of abuse or even spitting out paan on spotless marble tops. She should expect her phone to ring non-stop once the movie airs on Netflix.

Women of a Certain Age

First, it was Neena Gupta in The Last Color (2019). And now Shabana Azmi stars as a New York chef who has lost her mojo and returns to India to reinvent herself. Directed by star chef Vikas Khanna, the movie, his second, sees Azmi returning to the big screen in a lead role after ages, disproving the ageism and sexism inherent in Bollywood. At 70, Azmi is very much in demand for movies and streaming services. She was the matriarch in ITV’s terror thriller Next of Kin; plays a key figure in the forthcoming sci-fi series for Showtime’s Halo; and is Esan Daulat Begum, Babur’s grandmother in Nikkhil Advani’s Moghuls for Disney+ Hotstar.

She never got her due in Bollywood, so it was no surprise that Aditi Rao Hydari has chosen to act in southern movies, headlining Mani Ratnam’s Kaatru Veliyidai (2017) and Chekka Chivantha Vaanam (2018), among others. Her shoot with southern heartthrob Dulquer Salmaan for choreographer-turned-director Brinda Gopal’s Hey Sinamika was interrupted by Covid-19 before finally wrapping up in December, but now comes exciting news for the beauty with royal blood. She plays the lead in Amazon Prime Video’s forthcoming period series set in 1940s Bollywood. It is the work of three directors: AK vs AK helmer Vikramaditya Motwane; Gulab Gang director Soumik Sen; and Class of ’83 writer-director Atul Sabharwal scripting each episode. So Stardust, as it is called, should live up to its name.

Anyone wondering how an Iranian-American filmmaker has such an acute understanding of caste and class in India, stop. Ramin Bahrani, the celebrated director of The White Tiger (2021), was in college with the writer of the Man Booker Prize-winning novel of the same name, Aravind Adiga.

Bahrani now teaches film at their alma mater, Columbia University, in New York. Open The White Tiger and you will find the dedication to Bahrani right up there before the book begins. 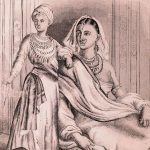 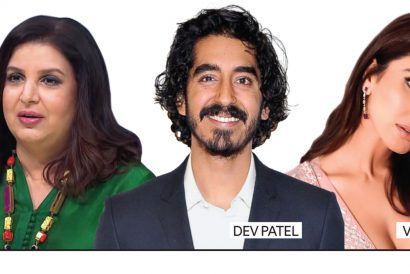 This is precisely what is wrong with Bollywood. It still doesn’t understand that the era of power without accountability is over