Spider-Man: Into the Spider-Verse Movie Review

At some point in the movie, a certain detachment sets in, and no matter how admiring you may be of this 2.0 version, ‘The Human Factor’ is lost 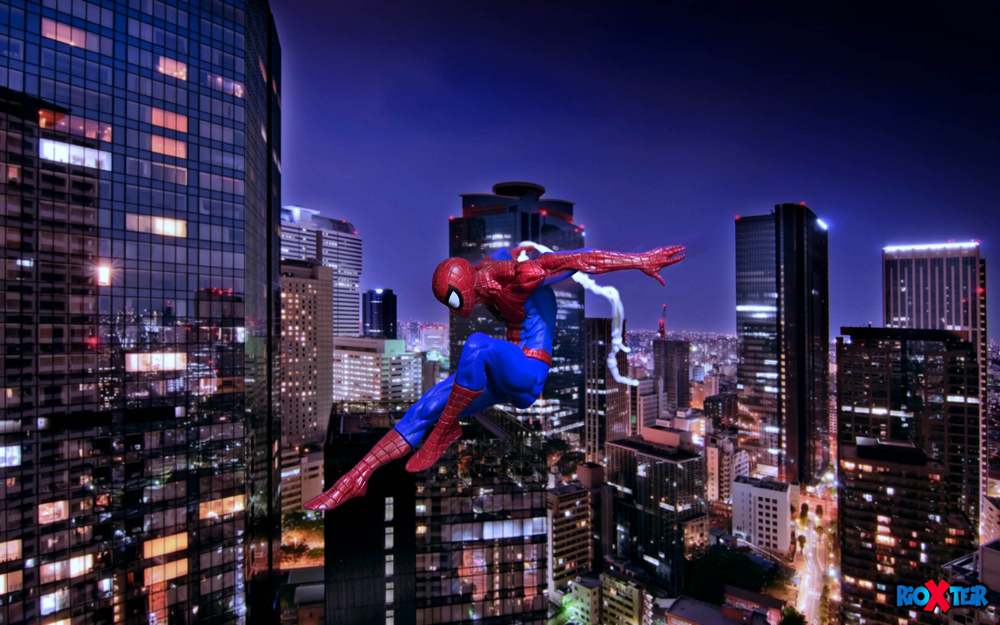 This is an affirmative action animation film. The popularity of super-hero movies with the millennial generation has led to a discovery that there is the possibility of a new marketing space, and who better than a mixed race Spider-Man to fill it. Not only does the hero of this comic-book styled film, Miles Morales (Shameik Moore), have a black father, but he has a Puerto Rican mother. His mentor and childhood idol is his really cool Uncle Aaron (Mahershala Ali), his father’s brother, who teaches him how to be a man, and do the ’shoulder touch’ – confidently approach a person, touch the shoulder and say ‘hey’. Apparently, instant rapport and social mobility is the result.

Miles’s father (Brian Tyree Henry), an Officer of the Law, on the other hand, is a bit of a conformist and embarrasses his son at school by forcing him to exhibit public displays of affection towards the paterfamilias. The Dad is comfortably ensconced in the Police car, while the son squirms on the school steps. So naturally, hip Uncle Aaron, who is not bound by tradition, and who makes long business trips out of town, is his role model. Clearly, this is all deliberately designed political inclusiveness introduced into popular culture. Which is not a bad thing in itself, but it does appear a little stretched and contrived in this film.

The idea in the movie, which is inscribed into the secondary title of the film, ‘Into the Spider-Verse’, is that there is not just a solitary Spider-Man, but a number of them who exist simultaneously in the space-time continuum. All of them have similar narratives of how they evolved into Spider-Men; that is, they got bitten by a spider, with the venom creating spider-like super-human abilities in their bodily functions. It is a verse, that like all verses, repeats itself in this, and other dimensions in the universe. So when the Peter Parker in young Miles’s world (our world) is killed in a horrible encounter, there is another one to take his place. In this case it is Miles himself, who, as it happens, has recently got bitten by a radio-active spider.

But he is young, and an amateur, who can do the Spider-Man thing, but only randomly, and not on command. He is still an apprentice and needs a maestro to tutor him. So Plan B happens, or rather, Mr. Peter B. Parker (Jake Johnson), from a parallel universe to ours, turns up. He looks a little worn down by wear, and has the ‘been there, done that’ attitude to his Spider-Man presentation. But he is a good man, and agrees to train Miles to be the new vigilante web master.

The unique part of this new comic book adaptation is that the animation is formatted using the stylistic typography of the original printed page of comic strips from the 1930s onwards. So the book page is reproduced on film with bubbles into which speech, exclamations or sound effects are inserted. ‘Wow’, ‘Bang’,‘ Poof’, is what we read on screen. The entire glossary of the various styles of printed page comics are filmed, and then edited to the rhythm of turning the pages in a comic, and to the sensibility of speed reading, which allows a kid to read a comic book, cover to cover, in fifteen minutes flat. This innovative technique gives a lovely retro feel to the ’Spider-Man’ story, even though, like everything else in the super hero universe, it tends to be a touch repetitive.

However, what we have to grapple with as audiences, is the essential problem with any modern animated version of the ’Superhero’ in film. Human empathy, the entry point through which an audience identifies with Spider-Man, is lost without a charismatic actor. A voice-over on animation can only convey so much. At some point in the movie, a certain detachment sets in, and no matter how admiring you may be of this 2.0 version, ’The Human Factor’, as Graham Greene puts it, is lost.