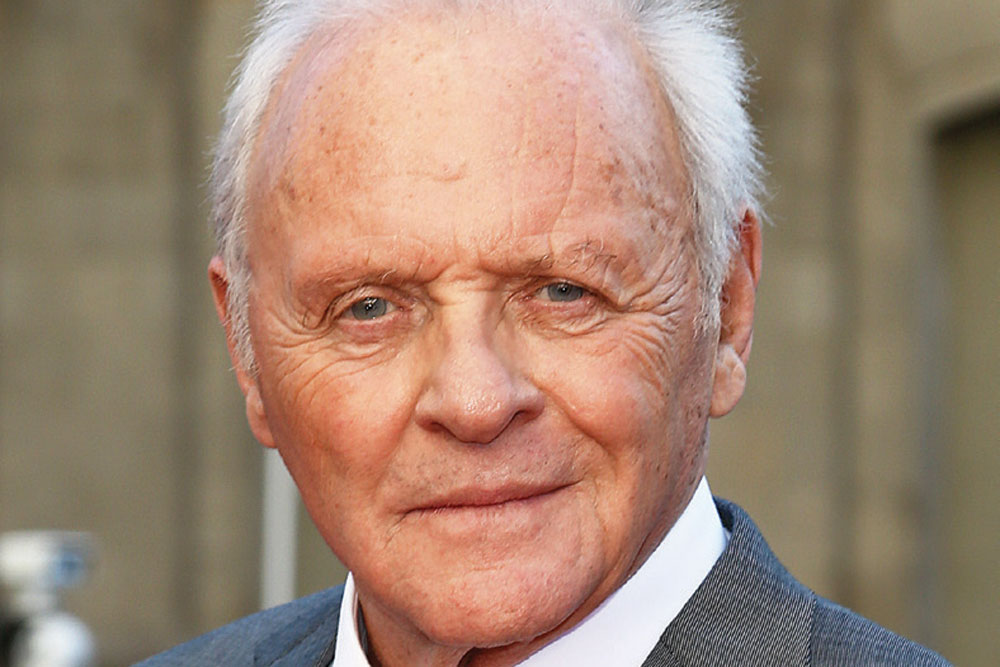 
THE TWO POPES is a biographical drama film directed by Fernando Meirelles. It stars Anthony Hopkins as Pope Benedict XVI and Jonathan Pryce as Cardinal Jorge Mario Bergoglio. It is already in the Oscar running for Best Actor and Best Supporting Actor. The film is essentially about two people from different political ideologies trying to win over each other with conversation and respect.

Do you think that conversation can break down barriers?

I do find that through a sense of humour and laughter we give ourselves a sense of openness to other people. Everyone is so angry and bitter today, and nobody talks any more, they are busy texting and everyone is in agony and outraged and you think, ‘Oh, come on, we’re all going to die, and we are all dying.’ We know it at any moment. I can’t spend my time being miserable, I just enjoy it all, if you take it too seriously you are dead. And if you have no humour, laughter and conversation in your life you are dead, so yes, conversation can bring about laughter and understanding.

Do you consider yourself a spiritual person?

I used to be an atheist or agnostic, but things happened in my life some years ago. I was in England doing a film called The Father (to release later this year). My wife is doing a documentary on my life. She interviewed Jodie Foster and then she went to Wales and she interviewed a schoolteacher of mine and she asked her what I was like in school. And she said, ‘Terrible, hopeless and once he left school there was not any hope for him, he couldn’t spell, he was no good at sports, he wouldn’t even be part of the acting group.’ When my wife told me this, I started thinking about that period when I was a child, scared as all children are, and I look at my life and think how did I do this? In ten years, I did that and in another ten years I did that? It’s impossible.

I’ll tell you a story. I was in Italy doing a film and I came across a priest, an astute priest who was in the Vatican, and for some reason, through connections, he said, ‘Can I take you out for coffee?’ So, we went to the Spanish Steps, and he said, ‘What’s your problem?’ And I said, ‘I don’t know.’ ‘You want to find God?’ I said, ‘Well, I don’t know.’ He then asked, ‘Do you believe?’ And again, I answered, ‘I don’t know,’ and he said, ‘Don’t worry because I’m a priest.’ I was in the wilderness for years and I lost my faith, and then one day I experienced Hitler coming into Austria and I witnessed all that terrible stuff and said to myself, ‘There is no God.’ And he said to me, ‘Something will happen to you, you will come back to Rome and you will be in for a surprise.’ And I thought three days ago, ‘Oh man. You just played a pope.’

I look at my own hands and my ageing body and I think something bigger than me is out there and I am nothing and I realise that I cannot take credit for anything. And I cannot take the blame, my life has been a journey beyond my comprehension and some really big force has guided my life. I call it God and yes, I do believe, and I am happier now than I have ever been, because this is all a joke and one day we are all going to die.

As TS Eliot said, ‘I have seen the moment of my greatness flicker,/ And I have seen the eternal Footman hold my coat, and snicker,/ And in short, I was afraid.’ Death, it comes to all of us, and knowing that, it’s brilliant. Carl Jung said, once we recognise our mortality, we see on the horizon death. So I enjoy being alive and have no time to waste around people who are grim
and miserable.