Scorsese showcases his skill as an actor’s director yet again in this psychological thriller. 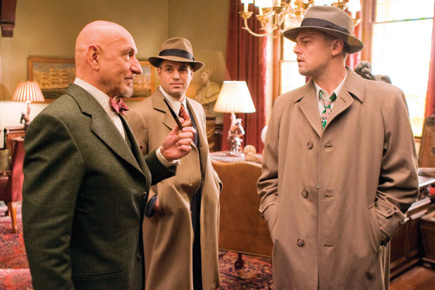 Scorsese displays his skill as an actor’s director yet again in this psychological thriller.


Set in the 1950s, when pharmacology in anti-psychotic medication was in its infancy and when invasive neurosurgery to lobotomise mental patients was encouraged, this is perfect thriller material. But is it important enough a subject for Martin Scorsese?

From the arrival by ferry to this fortress-like institution for the mentally ill, Scorsese shoots and edits the film arrestingly. He gives it a German Expressionist feel, turning the disturbing doctor and patient equation into a distinctly The Cabinet of Dr Caligari nightmare. Is the head of this institution a fraud posing as a doctor? Is another psychiatrist actually a doctor from Auschwitz, now conducting neurological experiments in the US? Nothing is as it seems and US Marshall Teddy Daniels (DiCaprio) investigates.

Frankly, Shutter Island, though an interesting psychological thriller, never needed the talent of Scorsese. With all its references to the violence of war, the comparison between the concentration camps of World War II and the psychiatric ward of a 1950s mental hospital, the European accent of a doctor played by an actor who’d do Ingmar Bergman proud (Max Von Sydow) and, yes, even the use of expressionist light and shadow, the movie is too stagey by half.

Scorsese showcases his skills as an actor’s director, but he isn’t saying anything new, and in comparison with other films about mental health, his technique of evoking schizophrenic hallucinations on film is not very innovative and sometimes even borrowed.

Ah, but there are the performances, and this director who got De Niro to rehearse the memorable rhetorical question ‘You talkin’ to me?’ in Taxi Driver, now has DiCaprio as his alter ego. Talking to him is Dr Cawley (Kingsley), the man who runs the hospital with either tyranny or benevolence, depending on the nature of your psychosis.