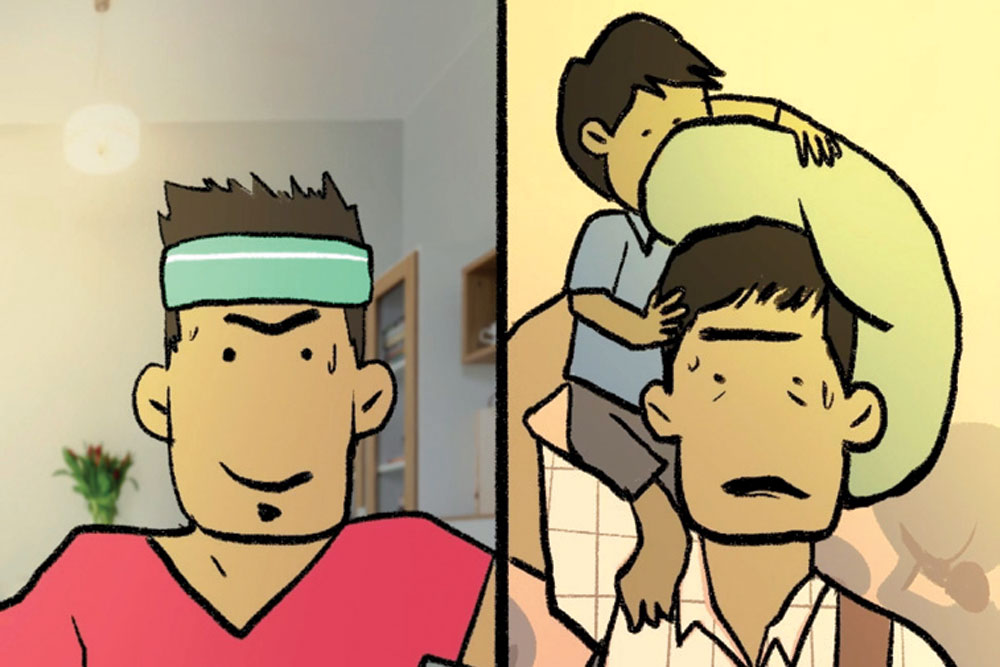 Scenes from the Korona series, created by Debjyoti Saha


A MIGRANT WORKER walking for kilometres with his tired little son perched on his shoulder versus a man running on his treadmill inside a comfortable home. A young boy enjoying a shower in his house versus a man being showered with disinfectants on the road of his village. A group of friends enjoying a video chat versus a man sitting under a tree calling his family to inform them about the death of his baby.

These visuals depict the brutal dichotomy in our country during the lockdown. Animator Debjyoti Saha who was just one among the many budding 25-year-old animators in Mumbai till yesterday has won hearts with his Korona series that’s being shared and appreciated widely on social media. Over the last two months he’s created six animated sketches of about 60-90 seconds each depicting cruelties in the times of Covid-19. They are hard-hitting, satirical and, most importantly, remind us to not take our privileges for granted. They have cumulatively garnered over 40 lakh views on Instagram.


Saha is one among the many independent animation artists in the country who have experienced a sudden wave of interest in their craft, not just because of the power of the animation medium, but also because work on live-action films has come to a standstill since March. Shoots have been stalled, and many are looking to artists creating life on a computer screen to satiate their need for new stories.

“When the lockdown began and I started reading about what’s happening around us, I decided to create something to combat all the guilt I was feeling. We are born in a divided world, but the divide has come so close home, right in front of us during this lockdown and we don’t know what to do about it. The Korona series is subversive, and animation takes it a notch up because you know it’s not real, but it depicts everything that’s real around you. It’s a mirror of the changing, desolate, unfair society we live in, and a lot of people have been able to connect with it because it showcases what many of us have been feeling,” says the National Institute of Design graduate Saha.

Award-winning filmmaker Kireet Khurana, who has written and directed some 20-odd films, agrees with Saha. His 1.43-minute animation film Pravasi: The Migrant once again showcases the plight of migrant labourers in India. The film garnered over 10 lakh views on Twitter within 24 hours of its release. For Khurana, who returns to animation after years, this short film chronicles a crisis we should never forget. The film makes a montage from images—smeared in colours of resistance, red and black—that we’ve seen in newspapers and on TV. From the young Bihari girl who cycled for over 1,500 km to get her father home safe, to blood-strewn clothes of the workers who died on the railway tracks and never made it home, to our fellow Indians fighting for food on roads and in trains, Pravasi threads together the desolation of migrants. The film asks a simple question: ‘We are migrants. We want to be free. Are we not citizens of this country?’

Khurana says, “I think in the last few months we have become immune to the images on our phone screens and the television sets, but when it all comes together in a film, it reminds us of how we failed our citizens.The Government failed the migrants. It reminds us that the conscience of the nation was somewhere missing in the midst of this crisis. The dark shadows, the stark imagery, what the film says through the voiceover is the voice of the people who aren’t heard. They are the ones who run our homes, our cities, our country but are voiceless. Animation has the power to depict pain and the idea wasn’t to victimise or glamourise the misery, but to show what exactly they went through.” Pravasi: The Migrant has already been voiced in 11 languages and Khurana is now working on a second short film around the pandemic.

The Korona series is subversive, animation takes it a notch up because you know it’s not real, but it depicts everything that’s real around you, says Debjyoti Saha creator of the Korona series

While these two films depict our current reality, there are also a host of other independent animation artists who are creating compelling work. From 2D to stop motion, mythology to mime, the world of these animators extends beyond our imagination. Like Vivek Ram, the creator of Vaanarsena Studios, a steadily growing animation company that’s been feeding the audience with the most uniquely crafted stories from ancient Indian mythology. The studio that now has over 50,000 followers online, a number that’s increased manifold since the lockdown, reinterprets stories, characters and conflicts from Indian mythology, while targeting young adults. 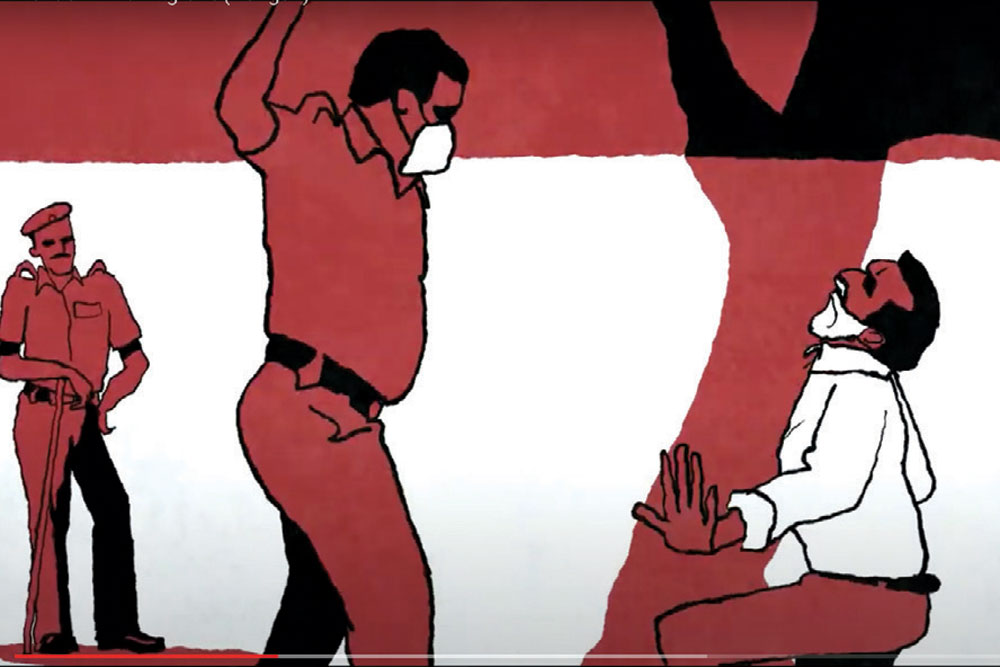 THE IDEA IS to highlight that every problem we face today has been dealt with in our ancient stories. Mahabharata is about a property dispute. Ramayana asks,‘What is dharma?’ A character like Shikhandi is a woman who wanted to be a man. We see each of these conflicts in society today, and the solutions are already there in our texts. None of these stories have lost relevance and the aim is to bring them back in their truest essence,” says Ram. He has been an animator for over two decades and aVFX artist with some of the country’s biggest studios, but is now taking Indian stories via 2D animation worldwide. In collaboration with Bengaluru’s Zebu Animation Studios and LA-based Pure Imagination Studios, Vaanarsena is now working on a series of short films based on Indian stories to be released globally.

“In India, animation is mostly targeted towards children. But that is now expanding. The medium is more fluid and has less restrictions than live-action at the moment, hence the growing interest. Many platforms from OTT to ad films have been doing smaller animated content because it’s inviting and possible to do it now. You don’t need a big crew and location and a whole group of minds to make it happen. And though I have been getting a lot of enquiries for larger projects, I want to say animation takes its time and it is a long-term plan,” he adds.

Tapping the Indian animation industry—projected at Rs 10,000 crore in 2020 according to KPMG—are also major OTT platforms including Netflix, Amazon and Disney+ Hotstar, which are creating animated content in multiple Indian languages. “The animation industry has a dynamic approach and it is not reliant on live shooting. The studios and animators can work remotely and ensure there is no dearth in content,” says Leena Lele Dutta, Business Head, Kids’ Genre, Sony Pictures Networks.
For veteran artist Soumitra Ranade, who runs Paperboat Animation Studios, this is a sign of bigger things to come within the genre. Ranade, who produced the popular animated feature Bombay Rose, calls the lockdown a blessing in disguise for animation artists . “As a country we thrive on live-action cinema. It’s part of our culture and that will never fade. But now with bigger studios, really edgy ideas and even superstars lending their might to Indian animation films, the industry will see a massive jump, not just in terms of investment, but even good content. As a country we have so many stories that we can tell, and with a medium like animation possibilities are multifold,” he adds. 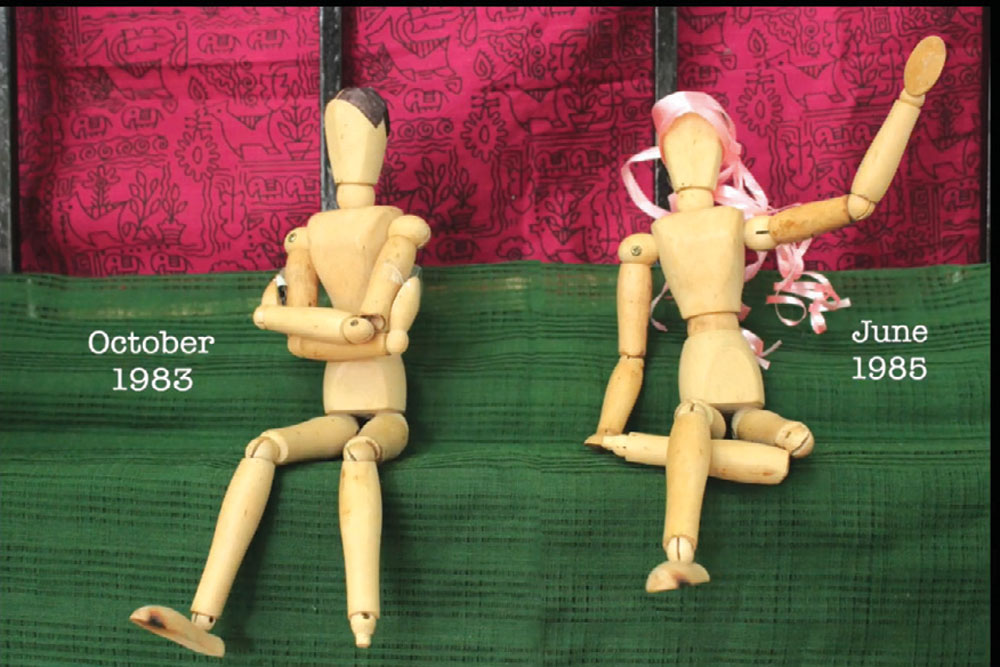 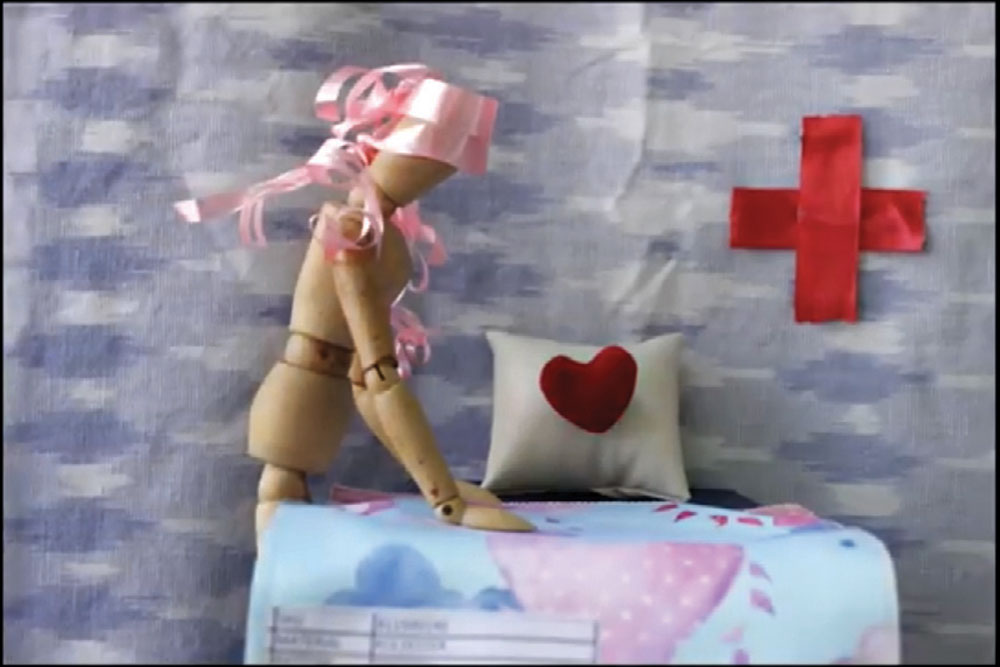 Filmmakers who have previously not explored animation are also finding it a suitable medium for their stories. Like Bengaluru-based Pooja Hegde who chose to tell a heartbreaking story of the loss of her brother through a stop-motion film called My Brother and I. The film tells of her brother who lost his fight to cancer but lives on as an inspiration for her. Hegde, a filmmaker who never thought of animation before, is now looking at the medium in a whole new light. “I made this one right at the beginning of the lockdown. I was itching to tell a story, and this just happened. I never thought I could through stop-motion, but the story was so personal it just poured out of me. Honestly, stop-motion is easier than gathering a crew and lights and a cast,” says Hegde who has now received awards via online film festivals for best direction and editing.

While there’s no dearth of live-action content on OTT platforms these days, the hope is that animation in India will continue to blossom. “We are in the midst of the biggest humanitarian crisis. There’s no dearth of stories. In fact, as animators we have the tools to put work out there that inspire people to keep moving, and not lose hope. That’s tremendous power and responsibility, and I hope we can use it well,” says Saha.