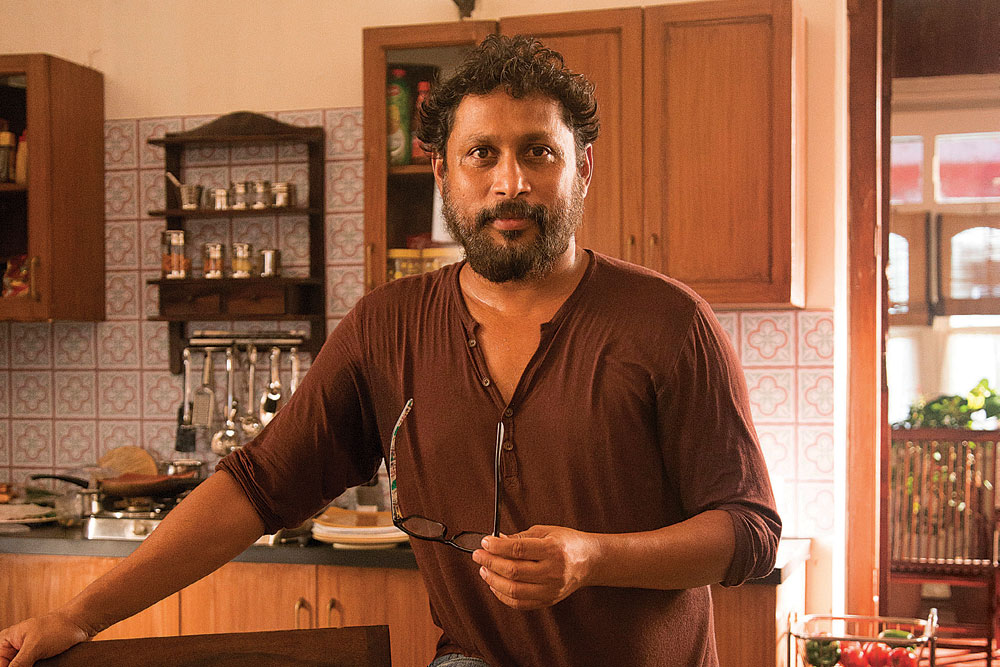 
SPEAKING ON THE phone from his home in Kolkata, director Shoojit Sircarsounds calm yet contemplative this afternoon. It’s been a rough few months for him, the pandemic, super cyclone Amphan in his home state West Bengal and the loss of one of his closest friends, actor Irrfan Khan. He has spent the last two months in lockdown with his family and describes the experience as life-changing.

“I don’t know where to start because the loss is so large and will take so many years to rebuild. At times I feel helpless that I’m not able to get out there and do more. I stay home with my daughters and wife all day, do chores, sit down for some storytelling or music sessions, spend time with myself and then I go to bed. There hasn’t been a single day I have slept without thinking about Irrfan. It’s all come at a time where the world is at real crossroads. My troubles are the least of it, and if anything, it has humbled me further,” he says, hoping things get better from hereon.

Sircar, who has directed acclaimed films (such as Vicky Donor in 2012 and Piku in 2015) has now also become the first to spearhead a film culture that encourages big films to release directly on digital platforms. With cinemas remaining closed and no sign of any theatrical releases for the next few months, Sircar with his producers Ronnie Lahiri and Sheel Kumar took a decision many were on the fence about. They decided to forsake the dream of the box office and release their film Gulabo Sitabo headlined by superstars like Amitabh Bachchan and Ayushmann Khurrana on Amazon Prime, on June 12th. Following suit are more than 10 films in Hindi and regional languages. Gulabo Sitabo is probably the first multi-starrer from Bollywood to not see a theatrical release and it is paving the way for a world where releasing films on the big screen may not be the default option.

“Cinema watching is an experience. There is no comparison between the huge 70mm screen versus a laptop monitor or a smart TV, but the fact is that people are watching content on their home screens and that’s happening because they are able to connect with the stories. In a country like ours there’s no substitute to a theatre, but a parallel medium has a whole new set of advantages that benefit the film too. I have never had a release in 200 different countries and territories. To know that Gulabo Sitabo will reach a group of people that have lives so different from me gives me so much joy. It’s the real test for a film, isn’t it?” he says. “I am not sure how the finances or business of this set up works, but I promised my producers that they will not lose money on the film. Also, I finally don’t have to worry about that one Friday and the box-office collections which at times start clouding your filmmaking,” he says with a laugh.

His last film Piku made at a humble Rs 30 crore grossed more than Rs 170crore worldwide. But the beauty of a Shoojit Sircar film is that you always remember how it made you feel, rather than how much money it made. His protagonists are far from perfect—they are insecure, sometimes narcissistic and even over the top. His first film Yahaan (2005) was a love story set in turmoil-ridden Kashmir and Piku was a drama between an ageing father and his daughter; in between we had the Delhi boy who decides to sell his sperm in Vicky Donor (2012). From Piku to October (2018) to Vicky Donor, each of his films used real life, the characters almost feel like friends or family members you can reach out and talk to. Sircar likes to play with the ups and downs of relationships and admits that it’s the people in his films that drive them, as opposed to the plotlines. “Whatever I see around me I pick it up and put it in a film,” he says making it sound almost easy.

Gulabo Sitabo he believes is no different, though it’s the first time he’s tried an out-and-out satire. The idea of the film is inspired from a folktale by the same name where two puppets are at loggerheads with each other. “The film is set in Lucknow, a city I studied and got to know so closely during the research and shooting of this film. It is about conflict between characters from two generations. A Lucknawi nawab and his tenant who, on the surface, are fighting for possession of an old traditional home they share, but a lot more aspects of life are revealed as a result. The film is completely character-driven and a lot of moments emerge and pass on almost like the poetry Lucknow is famous for. I’ve tried to keep the life and culture of the space the story is set in as real and non-gimmicky as possible and I hope the film is a wholesome experience for people,” he says.


To know that Gulabo Sitabo will reach a group of people that have lives so different from me, gives me so much joy. It’s the real test for a film, isn’t it?,” says Shoojit Sircar, filmmaker

An experience is perhaps how one can aptly describe his cinema. Not the kind where you’d feel a thrill or a rush of emotions like in a genre film or a superhero movie. But the kind where you would simply smirk at the realities of life as you go with it. Sircar’s films are like a string of moments, loosely tied by an everyday problem. He doesn’t bind them too hard and lets them evolve as we watch. Writer Juhi Chaturvedi who has written five of his six features compares him to a geologist who is never afraid of digging deeper. “His films are a reflection of his understanding of life and human beings and Shoojit is a keen observer of life around him. I write based on the experiences I’ve had, and he relies on it, makes it his own and nurtures it to such an extent so as to not lose its original essence. Only an egoless director can do that, and there are few like him,” she says.

His love and acute attention for storytelling stems from his days in theatre and as a documentary filmmaker with Doordarshan back in the ’90s. Sircar grew up between Kolkata and Delhi in a classic Bengali household. His father worked in the Indian Air Force and as a child, Sircar was obsessive about football. “As a kid, I knew nothing but sports. Even today it is football and films. Sometimes I feel these two aspects kind of sum up most of what life is about, but then it’s not that simple,” he says. His time in Delhi introduced him to the world of theatre, an experience that he says taught him everything about the way he approaches both life and cinema. “My first play Natua was about the male folk dancers of Bihar. Manoj Bajpayee, Gajraj Rao and Piyush Mishra were all part of the Act One theatre group that I was in too. It was really a time where I grasped some of the most important life lessons. It teaches you discipline. It teaches you to be humble and allows you to create something out of nothing. I was always backstage and often there would be no money to pull for the productions. We would all go outside and work and earn and would put all that money into our plays. It was about that collective energy, that intention, that power and faith which helped us create those plays with so much honesty. We wanted nothing in return, it was just about telling that story. I try to maintain that intent even today, though cinema is so driven by its business,” he says.

He creates situations of great fluidity. One can never explain why a particular scene is the way it is, because you believe it no matter what. “When I was shooting the scene in Piku where she finds a knife in the back of the car, all I did was ask the actors to take the conflict and improvise. The take barely ended because the situation had no immediate solution. Or the scene in October where Dan sees Shiuli’s living breathing image after she passes away. It was never on paper and it was a big leap of faith for me because many around me thought it won’t work,” he says. For writer Juhi Chaturvedi who never wrote that scene on paper, Sircar’s ability to improvise is among his biggest strengths. “When you’re on his set, the energy is palpable. His team is his family and there’s no hierarchy there except for him. He allows magic to happen and for actors who get that, the experience is that much more real. Sometimes what I witness on his set goes back into my writing, because there’s so much about life that you can’t put on paper. Shoojit manages to discover that within situations and people,” she adds.

As a producer he puts his might behind stories like Pink (2016), and as a director, it’s behind actors who walk with him. He admits he’s looking to work with undiscovered actors who come with no baggage, but he also succeeds in taking famous actors and stripping them down to their characters alone. “It’s not easy because a star is given so much importance in India. Actors tend to get carried away, and you have to sit with them and peel off all the older layers they may have built. With Irrfan I never faced that problem. He would forget about the camera and live the moment and never let his self overpower the part he was playing. It was simply beautiful how he could drive a scene,” he adds.

Sircar who is working on a sports film and editing his latest project Udham Singh. He is also sure of creating a story someday that will reflect our times today. “I always say life is so much stranger than fiction. Ray’s films had that odd blurring of lines between what is real and what is created on camera. I have felt for the last few years that the pace at which we humans are moving, we are over-speeding, and this break was bound to happen. Whether it’s the environment, energies of people, mindset of hatred, everything was becoming too much for the world to handle. This is a change we will have forever and it’s a story waiting to be told.”