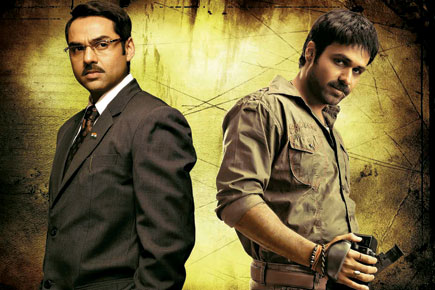 
When democracy comes in the way of transforming Bharat Nagar into ‘Shanghai’, corporate honchos, in cahoots with a state government, bump off the main opposition and make it look like an accident. Dibakar Banerjee’s Shanghai takes a thinly-veiled, fictionalised account of Greek politics during a phase of military dictatorship in the 1960s, and transplants it onto fertile ground. The idea is that with a corporate mantra on their lips, Indian ministers will conspire, bureaucrats will collude and murder will be committed to allow land grabbing for ‘development’.

It is a plausible and familiar scenario, but in the plot presented in the film, it seems unlikely that the elimination of one left wing activist, Dr Ahmadi (Prosenjit Chatterjee), who appears so briefly that his antecedents, credentials and nature of activism are opaque, will make way for ‘Shanghai’.

Still, the understated style of the movie is convincing. The plot unspools naturally and we are introduced to characters who seem rooted in their settings. Everyone looks real, particularly TA Krishnan, the officer assigned to investigate the ‘accident’. You may identify the actor playing him (Abhay Deol) with some difficulty because Krishnan is a faceless bureaucrat who suddenly develops steel in his spine.

Deol shows you how fine acting can sometimes be about eliminating, not adding, personality. Also beautifully cast is Emraan Hashmi as a small town hustler/cameraman who happens to have evidence of the ‘accident’. The only blot in this superb ensemble is, surprisingly, Kalki Koechlin, as the lover of Dr Ahmadi.

Her role is crucial because she is unravelling the conspiracy, and is, in a sense, this film’s ‘point of view’. With two botched scenes—a kissing scene with her activist lover and, later, a dramatic attack on the poor sod of an assassin—she upsets the film’s key.

Though its slow pace stalls Shanghai occasionally, it is a refreshing and eminently watchable film.