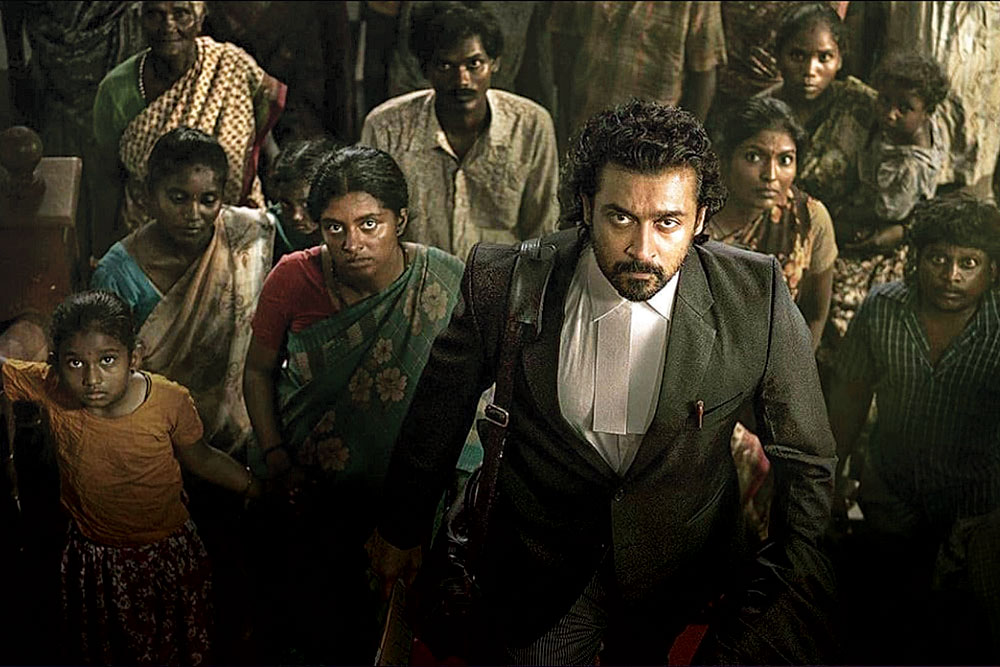 Suriya’s film takes no prisoners, as it forces us to confront one social abuse upon another with unrelenting brutality. There is no sugar coating in this story of Chandru, a lawyer who fights for the downtrodden, and comes up against the system at every point, whether it is crooked police officers or uncaring judges. After Soorarai Pottru and the Sringara episode of Netflix’s Navarasa, Suriya hits it out of the park once again in not merely the selection of the subject, but also its execution without resorting to melodrama. 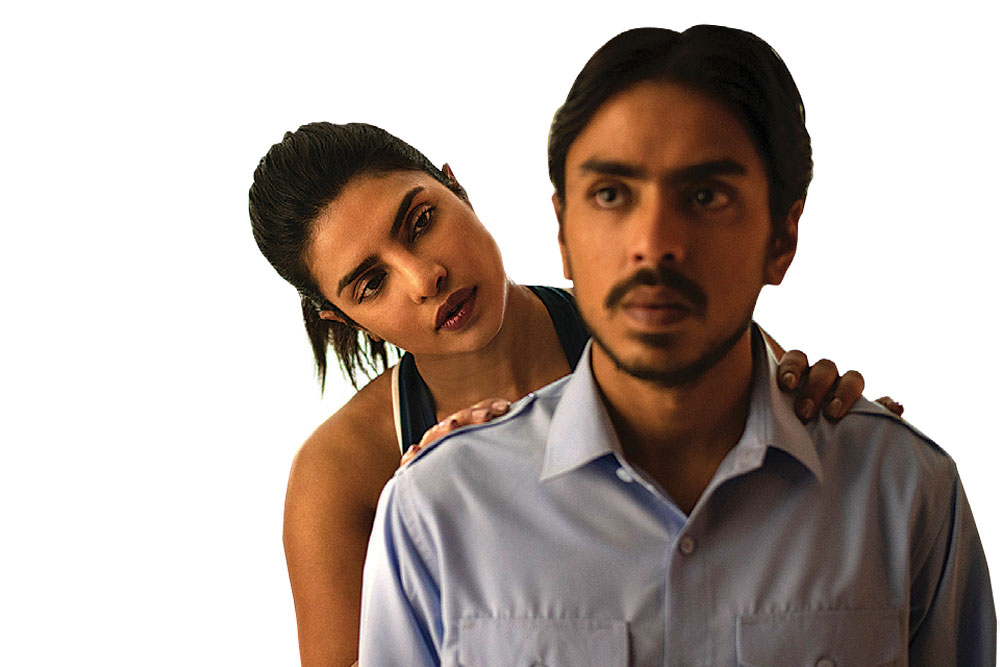 Aravind Adiga’s revenge drama where the worm turns, and how, has been adapted for the big screen by his classmate Ramin Bahrani, and his outsider’s perspective gives viewers a heightened sense of how hierarchical urban India is even now. Balram Halwai, the driver-turned-startup founder, played by Adarsh Gourav, was a breakout star in a role that he prepared for by actually working in a tea stall in Delhi. It made you squirm with shame, but it also made you think. 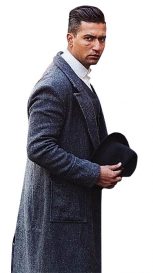 The Jallianwala Bagh massacre of 1919 has been relegated to the forgotten recesses of our minds, its horror never fully captured on screen. So, when Shoojit Sircar spent the last half-hour of the film chronicling the terrors of that day, when General Dyer opened fire to safeguard against what he thought was a possible repeat of the 1857 War of Independence, it was expected to be detailed. What was not expected was the emotional punch in the gut of the scene as a young Udham, played by Vicky Kaushal, scurries around trying to wheel the corpses to their cremation. The searing reality of that aftermath remains long after the film ends and provides the fuel to Udham Singh’s long wait for the man behind it, Punjab Lt Governor Michael O’Dwyer. 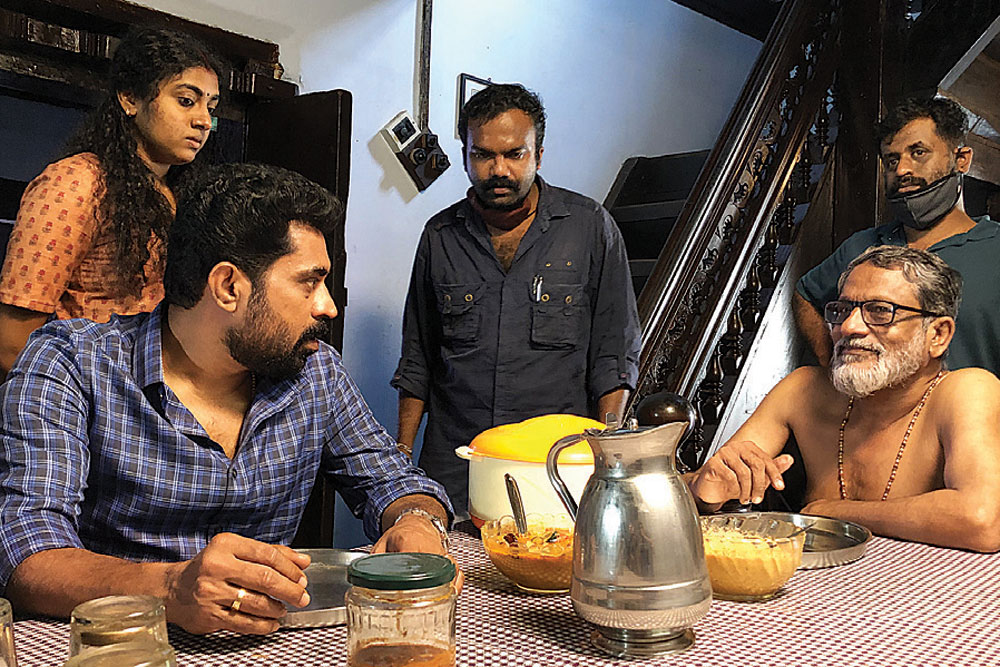 What happens when a young bride enters a traditional Kerala household and is besieged by the daily routine of cooking, cleaning, washing dishes, repeat? And is then made to follow rules of purity and pollution, which she doesn’t believe in? The men around her turn demonic and her life seems to have little meaning apart from being a household drudge. Jeo Baby’s movie shows the family as being the instrument of patriarchy it is with quiet anger, as Nimisha Sajayan seethes through her scenes. Her enraged silences have more power than the violent rage of the men around her, and that is the movie’s true triumph. 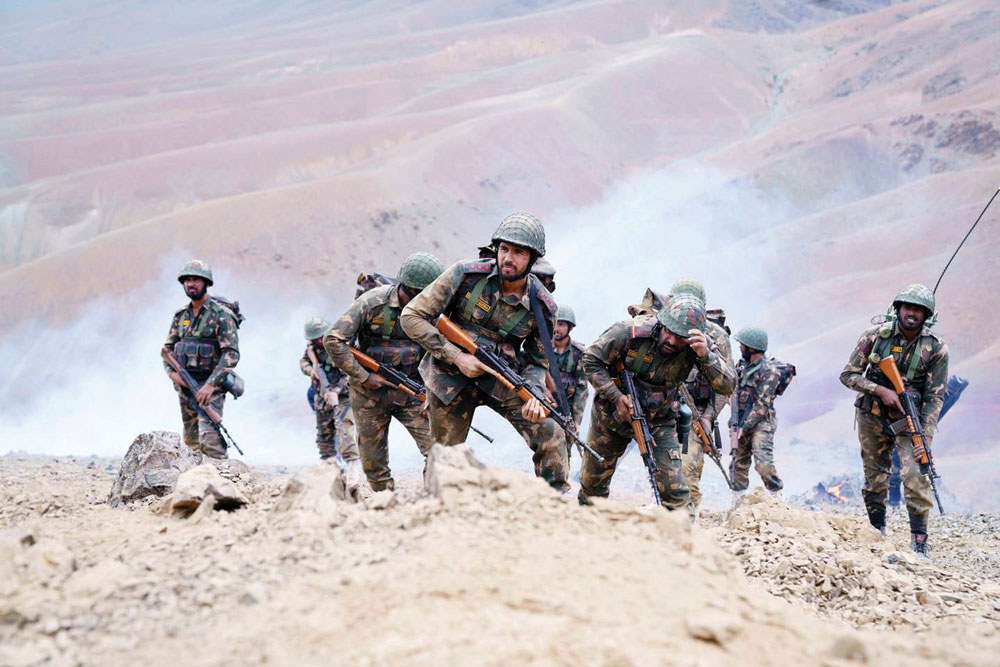 A movie whose war scenes are as brilliantly shot as the softer, emotional romance between Captain Vikram Batra and his girlfriend Dimple Cheema. A tearjerker, yes, but made with passion and purity. 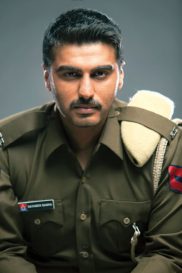 Sandeep is an upwardly mobile financial services hotshot, Pinky is a suspended policeman desperate to get his job back but equally morally conflicted about what he is being asked to do — dispose of Sandeep. What happens when a company you’ve bled for chews you up and spits you out? What happens to those on the periphery like Pinky without much education and fewer options, yet who want to live honourable lives? Predators come in all sizes and kinds, whether it is small-town uncles and their small sensibilities, or big-time CEOs and their need to keep up appearances. Dibakar Banerjee at his critical best, yet again. 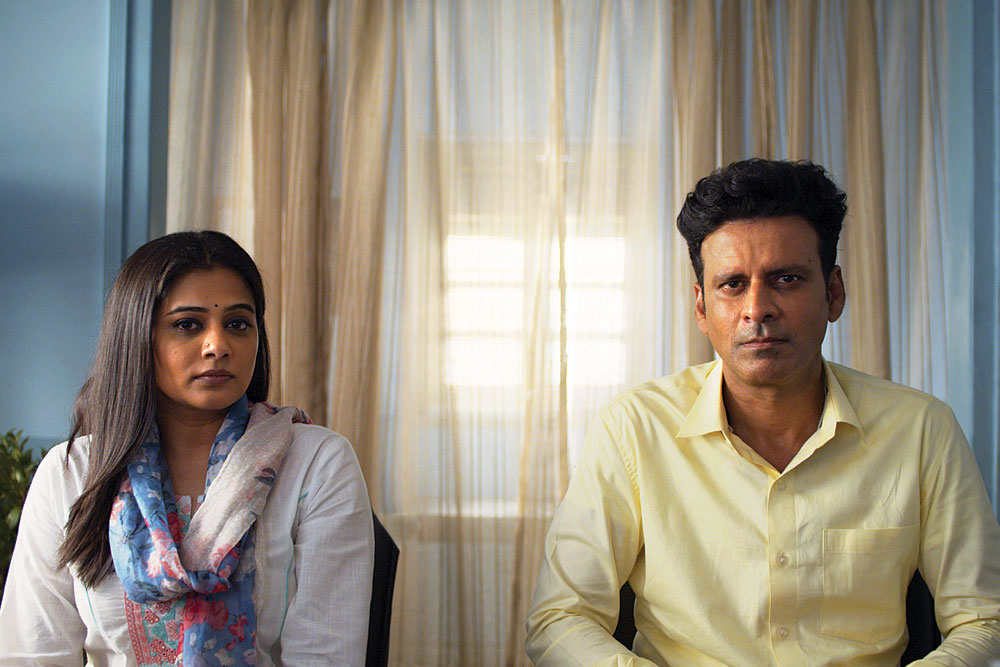 Streaming on Amazon Prime Video It’s very rare for the second season of a beloved show to deliver but Raj and DK managed in spades, with a whole lot of help from a resurgent Manoj Bajpayee and a surprisingly intense Samantha Ruth Prabhu. As Srikant Tiwari, the James Bond next-door, Bajpayee was charming and cheery. Samantha as Raji, the Tamil Eelam rebel, internalised every affliction that she had researched. The result was an intense cat-and-mouse game, which ended with a Hitchcockian finale. By the end of the season, even Srikant’s wife seemed to have developed a grudging sense of respect for him. 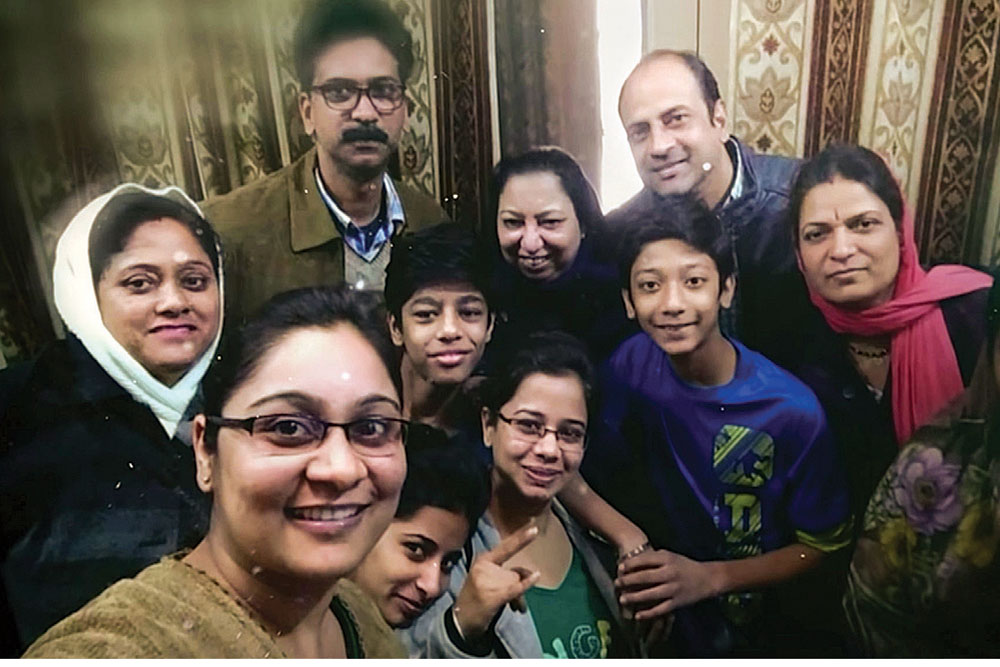 Leena Yadav’s stunning recreation of the 11 suicides in one family in Burari, Delhi, in 2018 made for a spine-tingling documentary. Stranger than fiction is a phrase invented for stories such as this, in which a seemingly ‘normal’ family decided to end its time on earth because of instructions from a dead father. As she speaks to bewildered neighbours, shocked relatives, and grieving friends, Yadav pieces together an extraordinary domestic tragedy that never quite got the critical attention it deserved. Some stories are too sensational even for tabloid media. 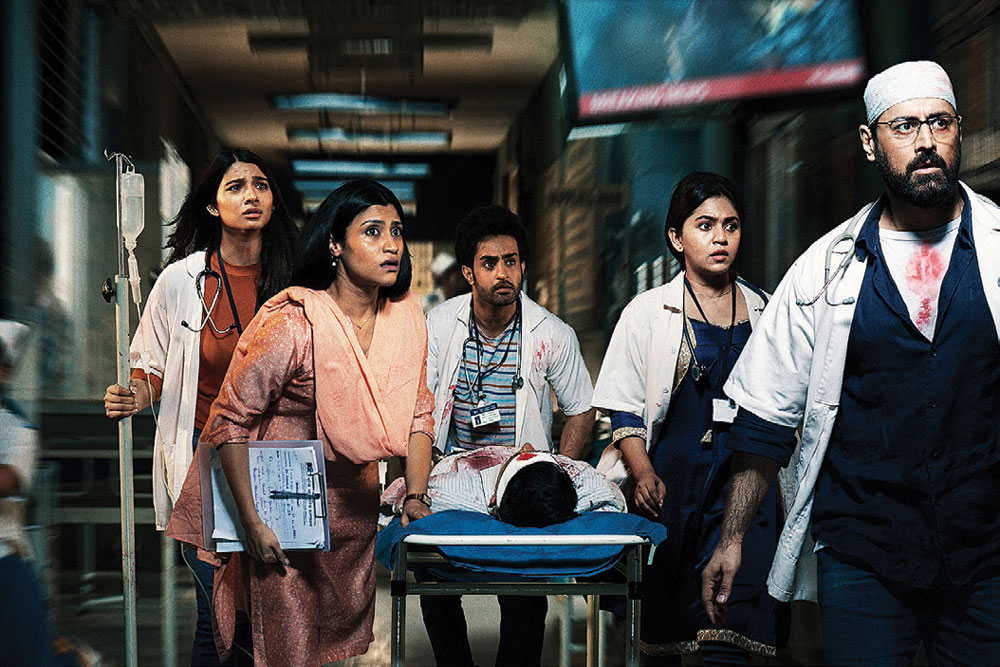 Claustrophobic. The smell of disinfectant mixed with urine. The terror of gunmen on the loose in a city beside itself with tension. The hospital contrasted with a swish party at Taj Mahal Palace in Mumbai where another set of gunmen was spreading havoc. Brave doctors, courageous hotel staff, and exploitative media (media-bashing was fashionable for a year). Mohit Raina’s star-making turn held the taut series together, in a brutal reminder of how much we lost in those three days in Mumbai. 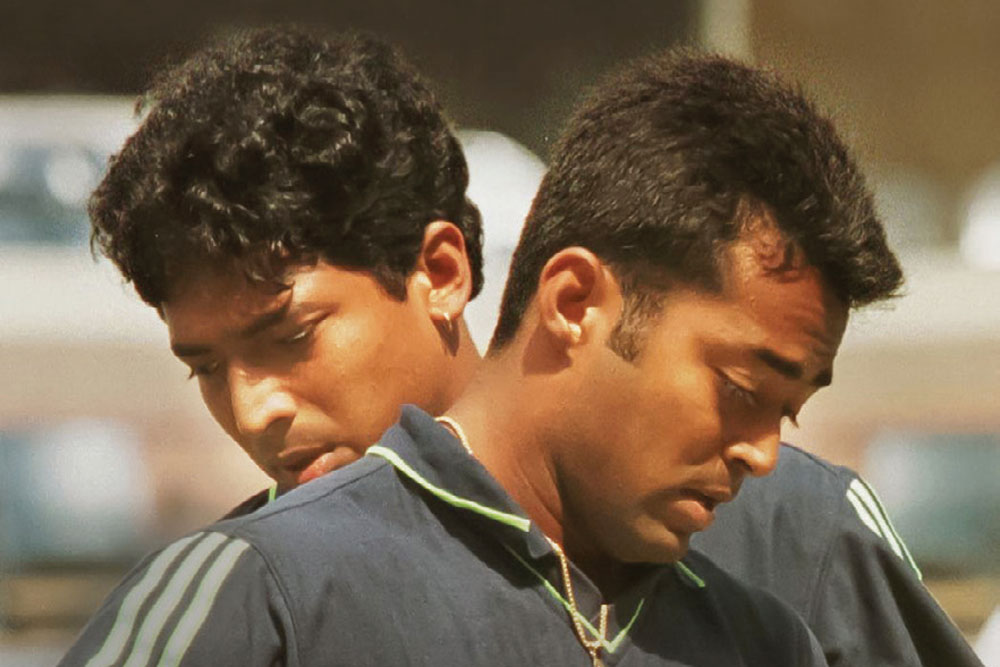 They were the best of friends, and then they became the worst of enemies. How did Mahesh Bhupathi and Leander Paes go from entering four Grand Slam finals in 1999 to conducting a blood feud in full media glare? Using a mix of interviews with Bhupathi and Paes, their friends, relatives and colleagues as well as news footage, the husband-and-wife team of Nitesh Tiwari and Ashwiny Iyer Tiwari made a documentary that took us back to our youth and to a moment in history when the world was an oyster for two young men from Kolkata and Chennai. Some fairy tales are too good to last. 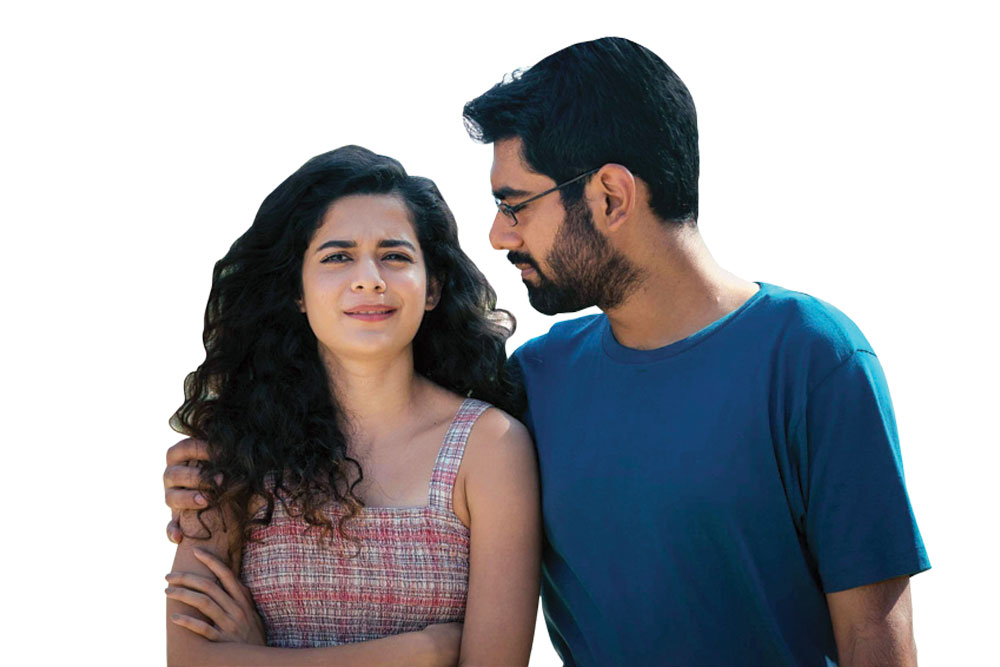 Indians speaking English tend to sound fake. Or at least uncomfortable. Not so Dhruv and Kavya as they embarked on the last season of their relationship, and the beginning of something new. It’s the little things that the series was about —the Instagram posts before eating, the long road trips, the meet-the-parents, the career ambitions, the niggling doubts. Are they good enough for each other or aren’t they? Dhruv and Kavya got each other’s back, and the audience got them with Mithila Palkar and Dhruv Sehgal getting under their characters’ skins so beautifully. 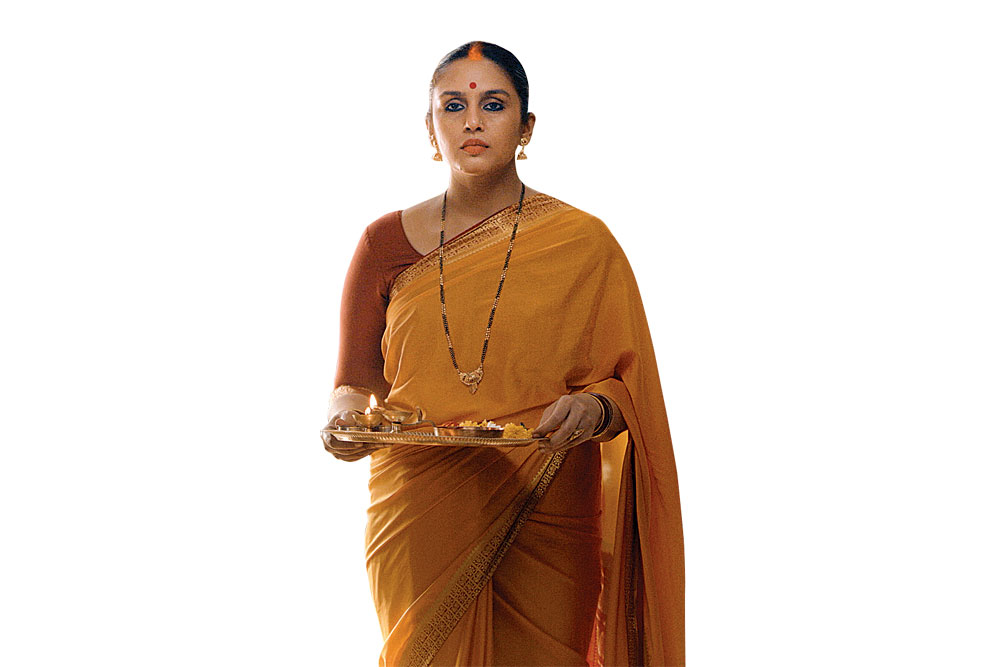 A recreation of Rabri Devi’s rise to power, the Subhash Kapoor series got Huma Qureshi to dig into the lead role with Kani Kusruti, this year’s most exciting mainstream find, playing her closest bureaucratic advisor.