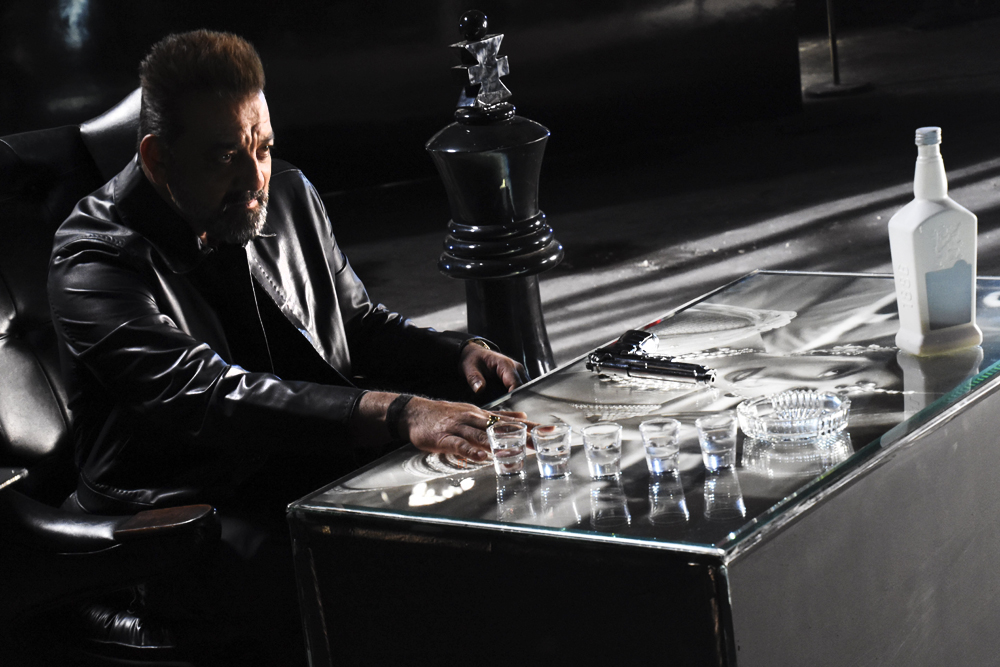 In direct proportion to the declining fortunes of India’s erstwhile royal families, this film series on a minor principality in the badlands of UP is going to seed. One possible reason for the diminishing return on our investment in the movies is the progressively poor choice of the ‘gangster’.

The original film had Randeep Hooda, who was utterly convincing as the upwardly mobile upstart trying desperately to fit into the elaborately constructed milieu – an indolent, but tasteful ambience of faux nobility, peppered with sporadic eruptions of illicit sex and an occasional murder. The second movie, ‘Sahib Biwi Aur Gangster Returns’, had Irfan Khan as the deviously plotting ‘gangster’. He was passable, but lacked in real menace and was too charming for his own good. But here, in this third edition, with the casting of Sanjay Dutt, the filmmaker is really scraping the bottom of the barrel.

Dutt plays Uday Singh, an ex- royal who has spent 20 years in London playing Russian Roulette and surviving each gamble. The result of this stressful lifestyle shows. Dutt stumbles through the film looking like a card carrying member of ‘the living dead’. With puffed up facial features and a drag of the feet as he walks, he looks haggard.

Now deported from the United Kingdom, Uday Singh is back in UP. He is soon roped in by the devious ‘Biwi’ (Mahi Gill) to play a round of the deadly roulette with her estranged husband, the ‘Saheb’ (Jimmy Shergill), who has been released from prison and is always a thorn in her side.

Writer and director Tigmanshsu Dhulia has an arresting style of film making. Characters speak in very even and realistic tones, and rarely in the film is dialogue unduly dramatic. Scenes and sequences are composed in a steady rhythm, and flow symmetrically and smoothly in a consistent visual and aural design.

The result is the creation of a convincing atmosphere, in which a viewer can actually believe that these are characters who have lived the reality they are trapped in now – people born to wealth and privilege, all of which is being dissipated with time and the ageing and death of members of this aristocracy who still have some memory of a time before the privy purses and titles were abolished in 1971.

But there is a limit to the number of films one can make on the subject of ex-royals. After all, this is not a Hindi movie genre. ‘Saheb, Biwi Aur Gangster 3’ is a stretch, and the series needs to end.