Elegantly shot but utterly incoherent, this ambitious film is an exercise in obfuscation 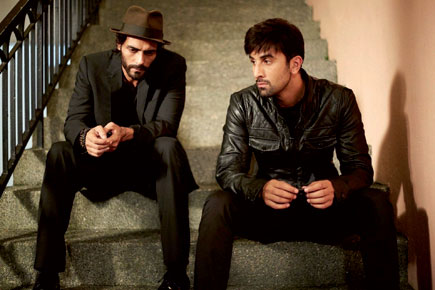 Writer and director Vikramjit Singh doesn’t hand it to you on a platter. You need to spend a few hours racking your mind to figure out the pieces that compose Roy.

At the end of this exercise, you may well discover that the plot, examined from all narrative perspectives—linear, parallel, abstract or hypothetical— doesn’t add up. It is ‘a riddle, wrapped in a mystery, inside an enigma’, but perhaps there is a key.

It could well be argued that the key to Roy is that the mind of its maker was completely lost in translation between thought and execution. The director wanted to make a film about a film within a film—about a Hindi movie maker called Kabir Grewal (Arjun Rampal) who goes to Malaysia to shoot the third installment of his hit flick, ‘Guns 3’, falls in love, gets his heart broken, and comes back to Mumbai only for the audience to realise that his love story is an approximate parallel to the love story in Guns 3, and that both the central characters in that movie are in his life too.

True, the script of a film originates within a filmmaker’s persona and often develops gradually in his head; and so, sometimes, the maker lives his script and can’t tell the difference between his fiction and his life. Which is fine. But the problem with Roy is that there are no dividing lines in the narrative we watch, no markers that tell you when or how Kabir Grewal lost the thread between his love life and his fictional world.

We watch an international art thief called Roy (played by Ranbir Kapoor) steal a painting from a woman he has fallen in love with (played by Jacqueline Fernandez). The same woman is in Grewal’s own love story, and the only hint we are given of this dualism is a change in the colour of her lipstick.

Roy is beautifully shot but an utterly unintelligible movie.