Ritesh Batra: ‘I believe in building a career, not a project’ 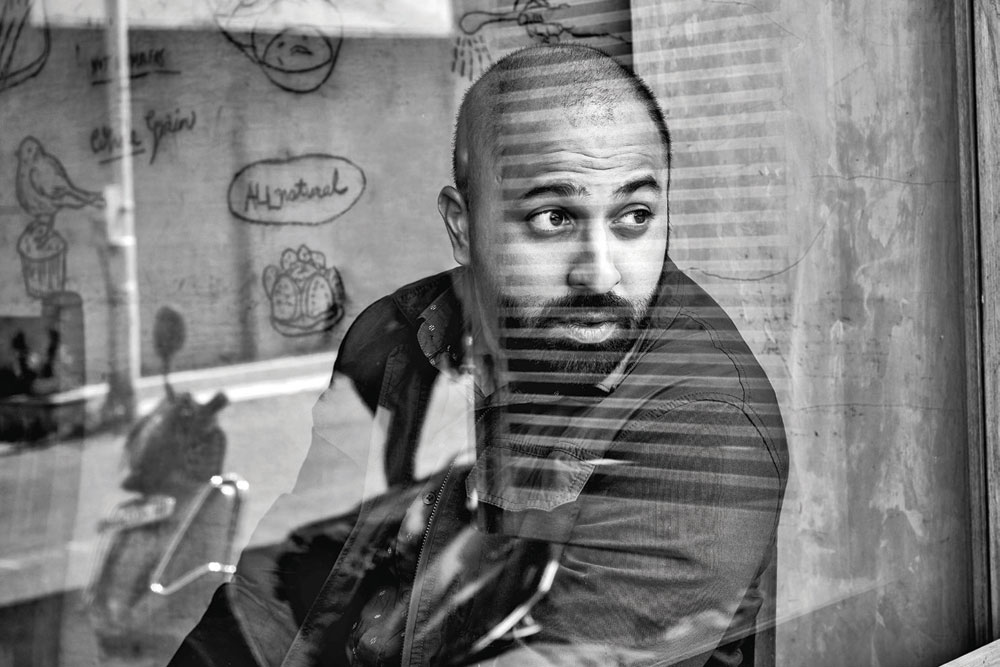 WHEN THEY WERE in Class 10, restaurant designer Ayaz Basrai remembers getting a call from his friend Ritesh Batra to come across to Churchgate in Mumbai to meet someone called ‘Nissim’. A Bandra boy just like Batra, Basrai went across and discovered that his friend, exhibiting a previously hidden talent at writing poetry, had secured an audience with the now late, great poet Nissim Ezekiel, whose work was in their school books. The idea— he wanted Ezekiel to read his poems.

Batra has continued to surprise Basrai. “Honestly, I am just amazed he has remained out of jail,’’ says Basrai, only half in jest, noting his friend’s tendency to get into scrapes.

Batra, now 39, is perhaps the country’s most famous director that few have heard of. In the space of six years, he has directed four films, won the prestigious Rail d’Or at the Cannes Film Festival for his debut feature, The Lunchbox (2013); directed such greats as Jim Broadbent and Charlotte Rampling in the cinematic adaptation of Julian Barnes’ The Sense of an Ending (2017); become friends with Robert Redford; and is on the cusp of helming a story close to Julia Roberts’ heart in which she plans to star, Little Bee.

Now based out of New York, Batra has also found time to return to the city he left at 18 and make the tender Photograph, which premiered at the Sundance Film Festival earlier this year, then played at the Berlin Film Festival, and was commercially released in India on March 15th.. It’s a script he has written himself, as opposed to the two novel adaptations, The Sense of an Ending and Kent Haruf’s Our Souls at Night (2017), which he transformed to star Redford and Jane Fonda. “I was eager to come back to India and write my own screenplay, get my hands on it,’’ says Batra.

In Photograph, he again traverses the distances of class, communities and ethnicities that Mumbai is so well-known for. The Campa Cola-loving Miloni, played by Sanya Malhotra, comes from a middle-class Gujarati family and is a topper in chartered accountancy. Rafi is a photographer at the Gateway of India and has to persuade Miloni to pose as his fiancée because that is the lie he has told his grandmother from the village. The soundtrack evokes nostalgia with songs ranging from Manmohan Krishna’s Noorie to Vijay Anand’s Teesri Manzil. Much of that has to do with Batra’s eclectic movie watching. “Growing up I watched a lot of Bollywood movies. I was introduced to Guru Dutt by my grandparents— they loved him. As I got older, I watched a lot of Satyajit Ray and then world cinema through the local video parlour, Sarvodaya, which has nurtured many filmmakers.” But he was primarily a reader, a habit he has maintained and for which he will forever be grateful to Mrs Kumar, his English teacher at Arya Vidya Mandir, who honed his sensibilities.

His friend Basrai maintains that Batra is essentially a writer and observer of human nature. “He has a singular perspective and the desire to push the market forward. His understanding and strange sense of humour resonate globally,’’ says Basrai. In fact, Basrai and Batra were even fired together while working on Luke Kenny’s show on Channel V. He laughs as he recalls: “We were huge fans of Javed Jaffrey, who was a veejay on the same channel, and would keep turning in jokes, and Luke would keep giving us back issues of Rock Street Journal to show us the level of research he wanted. He was a sweet guy but eventually ran out of patience and pulled the plug on us.”

For directors like Batra, now is a great time to work in the West when diversity is in demand. Of course, in many of the movies he has done, Batra says he has been the only diverse aspect. He says: “I want to work on movies that are varied in their themes and conversations. Right now, for instance, I am developing a movie with Asian and White actors.” The other aspect that excites him is the long tail that movies have now, thanks to streaming platforms. He also recognises the work his predecessors have done; Mira Nair, for instance. “She has helped by being in those rooms where decisions on money are made. I know people who’ve placed their trust in me because of the work Mira has done.” In fact, he says, in France, when The Lunchbox became the highest-grossing Indian film in history, it was replacing Salaam Bombay from 1989.

Like Mira Nair, Batra clearly makes his films—not just for India, but for a Western audience as well. Film critic and movie programmer Aseem Chhabra says: “The tone of The Lunchbox and Photograph has the definite feel of an American art house indie film. Critics in the West connect with his brand of cinema. The Lunchbox actually did better business in the US than in India. I am not saying he is the only Indian filmmaker who is making films that can appeal to the West. A part of his success also has to do with the fact that The Lunchbox did well at Cannes, and Sony Pictures Classics decided to distribute it. Western critics and distribution houses tend to be lazy. They rarely want to risk watching a film by an unknown Indian filmmaker.”

Chhabra adds that Batra now has everything working for him—he has the name recognition among critics and audiences in the West. And in any case he is very consciously making films that would have an appeal beyond just India.

Batra is in no hurry. “I don’t spend any time thinking about myself. I like to do my own thing, emerge and then seek financing. I believe in building a career, not a project.’’ He sees great hope for more Indian actors working overseas—from Rasika Dugal to Vijay Raaz to Deepika Padukone. “Talent counts, it’s just a matter of time till more and more Indians make their mark in the West.”

Sanya Malhotra, who has just had her first brush with global recognition, with The Hollywood Reporter declaring her as one of five breakout talents at the Berlin Film Festival this year, says she was a huge fan of The Lunchbox and when she got a call from Batra for Photograph, she was never in two minds about it. “It was something I secretly wished for. I immediately got hooked to the script and loved how beautiful yet simple it was. I couldn’t wait to live the life of Miloni. What I admire most about Ritesh is the means by which he portrays something so charming and delightful, and yet so simple.”

It is precisely these qualities Redford was looking for when he called Batra to direct him and Fonda in Our Souls at Night, reuniting them after almost 40 years since Electric Horseman. And it’s what Julia Roberts will be banking on when she shoots the adaptation of Chris Cleave’s story of a young Nigerian asylum-seeker named Little Bee and a British magazine editor, Sarah O’ Rourke.

“I’ve kind of always done things that I liked,” says Batra. It turns out the world likes what he does too.